Did you know that animals have their own saint? 17th January is the day of San Antonio Abad, the patron of animals. Once upon a time peasants entrusted San Abad as the protector of animals against predators and diseases. Once a year they went to ask for blessings for all kinds of animals: chickens, horses, goats, etc.. The blessing of San Antonio meant a guarantee of health and well-being for the animals during an entire year.

This day is celebrated everywhere in Spain, in Barcelona it takes place in the neighborhood of Sant Antoni, where at the same time they also celebrate the annual festivities. It is a very peculiar celebration. After the morning mass, local people march with their pets as in a religious procession to the priest who blesses their animals. It’s quite funny scenery. Some of the animals seem to know what is happening and they put themselves in front of the priest without being told, while others don’t see the fun in that and try to escape from the holy water. I was there for a while watching the act, most of the animals were dogs although there were some cats and birds, too. 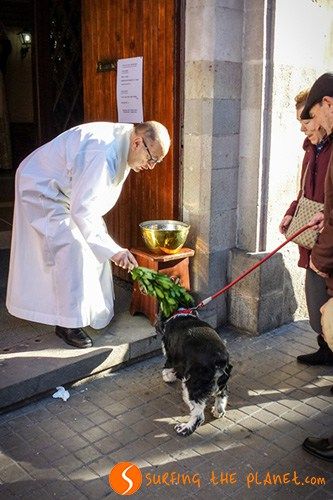 The neighborhood of Sant Antoni is one of the central districts of Barcelona. Maybe because it was the first neighborhood I lived in when I moved to Barcelona, I have special affection for this part of the city. Probably the most famous point of Sant Antoni is the local market (San Antoni market) from the 19th century, which is open during the whole week and for me it is the most authentic market in Barcelona, where they sell food, clothes and many other things. At the moment the original building is under reconstruction, and the merchants sell their products in a temporary building nearby, but we can still walk around the original building. 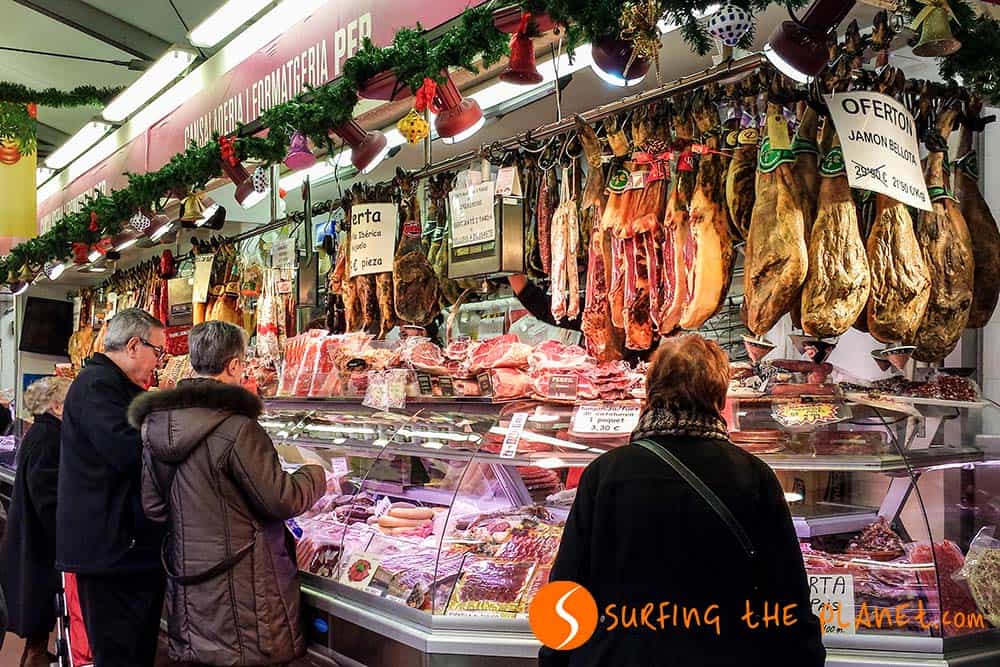 The district of Sant Antoni is situated in a strategic spot in the city center. We can find some of the most important squares you should visit in Barcelona close to this neighborhood, walking in different directions. We can take a really pleasant stroll from Sant Antoni through Plaza Universidad and the Raval neighborhood, finishing our walk in the central square of Plaza Catalunya. 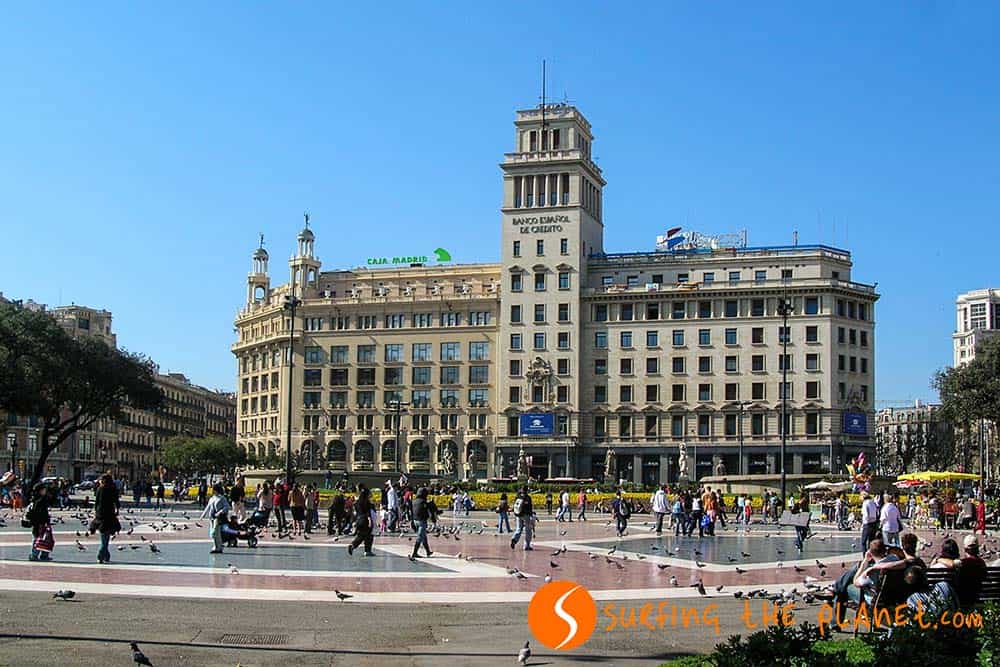 Plaza Universidad is one of the largest squares in Barcelona. It does not occupy an important place in the tourist guides, but it’s really worth visiting it. The atmosphere is very pleasant with the surrounding palm trees and the constant noise of youngsters who meet up here. The beautiful antique building of the University of Barcelona stands as a guard giving a bohemian feeling to the square. It is highly recommendable visiting the university from the inside, and you can check out the gardens in the patio, which are one of the hidden corners of tranquility in the city center. 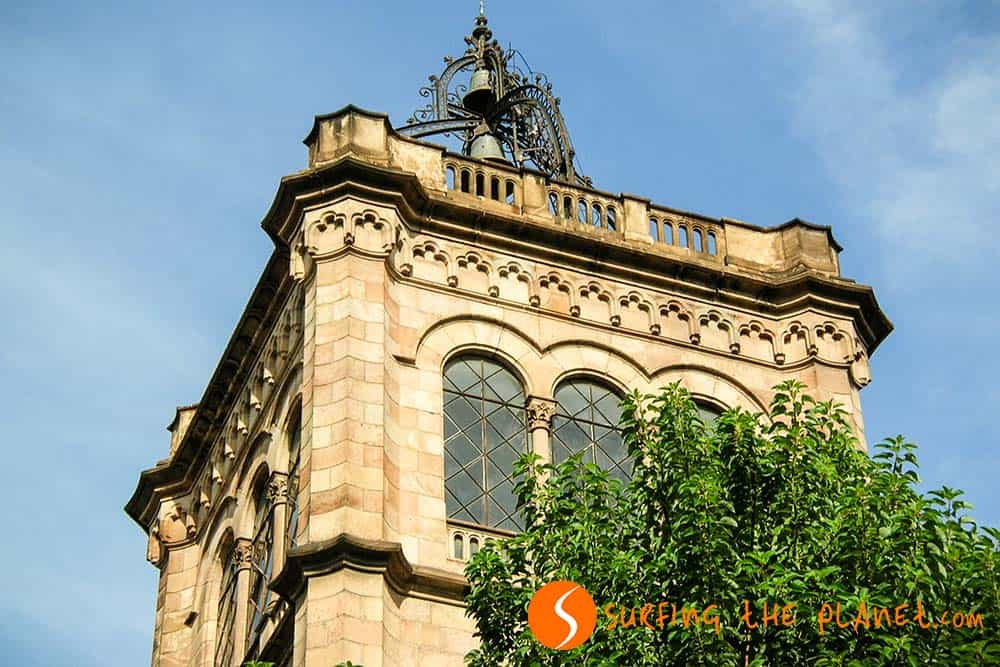 The Raval is the neighborhood just next to Sant Antoni. It had a bad reputation for being the neighborhood where criminals, prostitutes were hanging around. Once it was also full of brothels, although it has always been a neighborhood of many bars, halls for dance shows and other places to hang out during the night. Nowadays crime has long gone, and Raval is probably the most colorful neighborhood of the city with a touch of decadence. It is still a place with exciting atmosphere during the night, where you can find infinite kinds of cultural centers, bars and discotheques. The main street of district is the Rambla del Raval, where you can sit down during the day on a bench or at some of the many terraces to enjoy the sun and the ambience of this lively neighborhood. 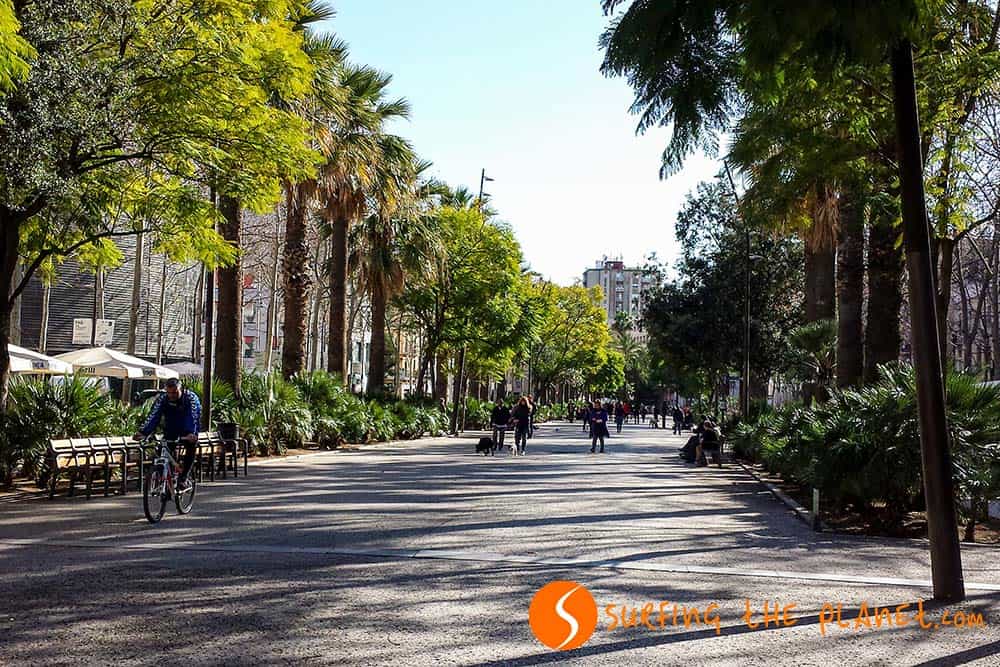 Plaza Catalunya is considered as the central hub of Barcelona, where important roads, metro and train lines meet. It represents a meeting point between the historic and the modern city, as it’s situated between the Gothic neighborhood and the modern district of Eixample. It is a huge square with some nice fountains and sculptures, which some hosts concerts, celebrations, political acts and other activities.

While you are in town, you definitely have to try some of the great tapas food offered in Barcelona. The problem is that there are so many kinds that you won’t know which one to chose without some help, so check out the 10 best tapas you can eat in Barcelona.

– BRUM BRUM… RENT A CHEAP CAR FOR YOUR TRIP IN CATALONIA – find the best car for you.