I hadn’t known too much about the Marche Region except for Urbino the city where I studied years ago. It’s a region of Italy that lives in the shadow of its world famous neighbours regions, Tuscany and Umbria, which receive much more tourists every year than the Marche.

On the occasion of the TBDItaly Surfing the Planet was chosen to take part in the blogtrip #Ilikemarche, which was organized by the Marche region. I was very happy to have participated, as I can stay a posteriori that I discovered marvelous places and traditions, which made me appreciate even more my beloved country. Now I can really tell you that the Marche is not just Urbino, it’s much more than that!

But no more chatting, today I would like to tell you about San Benedetto del Tronto. 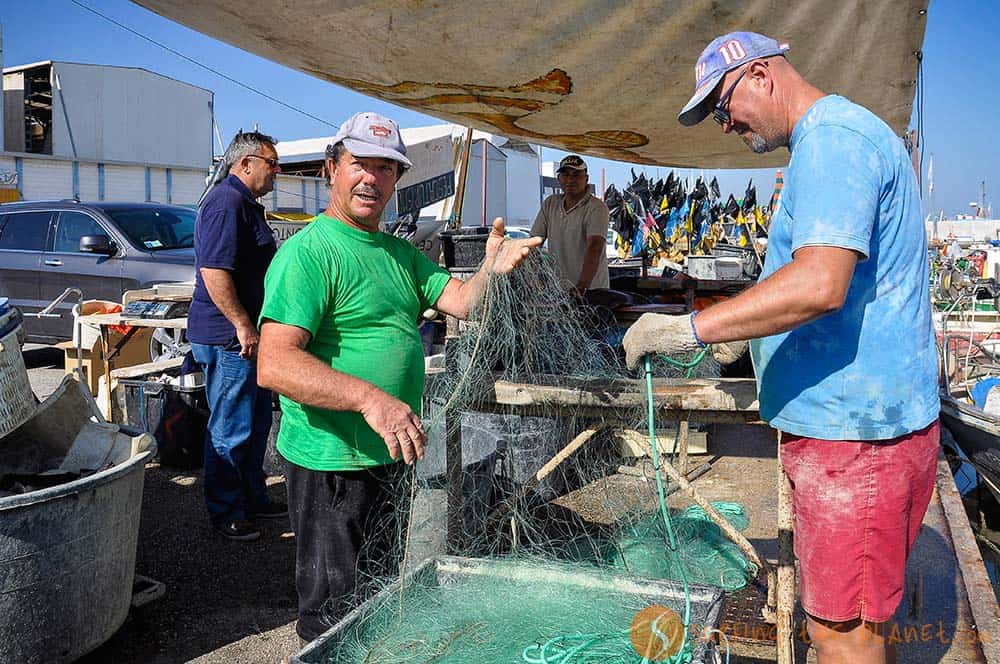 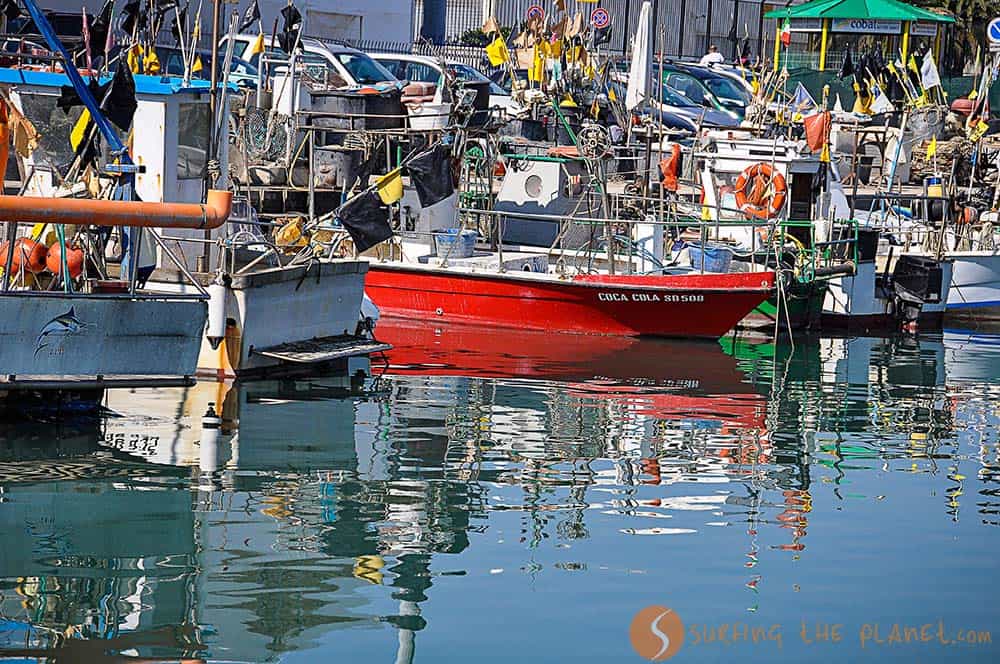 The fish market of San Benedetto del Tronto is one of the biggest ones in Italy. Even nowadays, every morning at 4 AM, the fresh fish, which just comes in on the boats of the fisherman that worked the night before, becomes the protagonist of a real auction that determines the prices. An authentic fish parade!

While the boxes of fish march in front of the eyes of the participants of the auction, the price of each boxes, which is shown on a large screen, starts to go down till some of the participants stops it using a remote control, meaning that the box of fish is his.
What is nice about this auction is that it’s open to the public that can’t participate, but at least assist to it. Next time I go to San Benedetto del Tronto, I won’t miss out on this really special tradition. 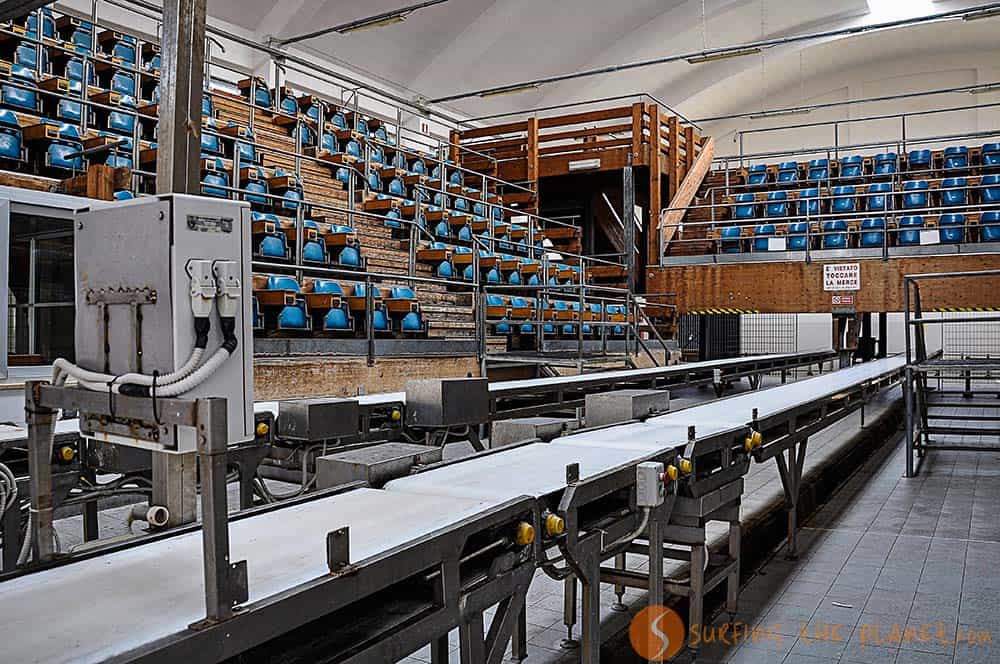 Next to the fish market, we find the Maritime Museum, a really nice and interesting museum that fascinates both adults and little kids. In the museum we can find original models of fishing boats from different eras, we can read and listen to interesting stories about the sea, and children can interact with all the possible fish species of the Adriatic Sea. The fish tell the children about their most important characteristics through 3D movies, and kids get crazy about these interactive movies.

Art on the seaside

What impressed me the most from the coast of San Benedetto del Tronto was the Museum of Art on the Sea (Museo d’Arte sul Mare), an open-air museum. Every year artists from all around the world spend here a week and create shapes from the rocks that protect the Southern quay of the city. This is an encounter between Art and the Sea. A peculiar museum that attracts the visitors’ attention during the whole walk around these original sculptures, some of them being even extravagant. The sculptures will surely impact you, while the blue of the sea lies there as background for these artworks. 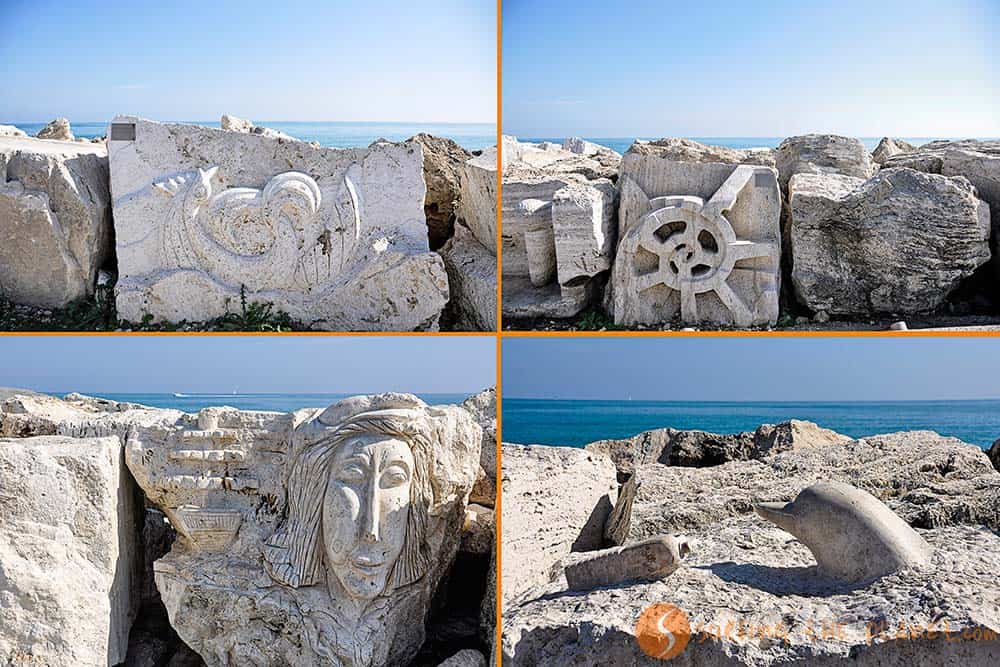 Since 1999 the coast of San Benedetto del Tronto has the blue flag, which demonstrates that the water is crystal clear on the beach. One really feels like taking a bath in the water there!

The seafront of San Benedetto del Tronto is the pulsing heart of the city with its seaside establishments, palm trees and thematic gardens. It is a really pleasant place where you can walk or ride a bike till the neighboring village of Cupra Marittima.

Nevertheless, San Benedetto del Tronto is not only the sea, the old town center also deserves some of our time. The locals simply call it the “higher land” with its narrow streets and the “Mastio della Rocca” or as it is called usually Torrione, from where you can enjoy an amazing view of the sea. 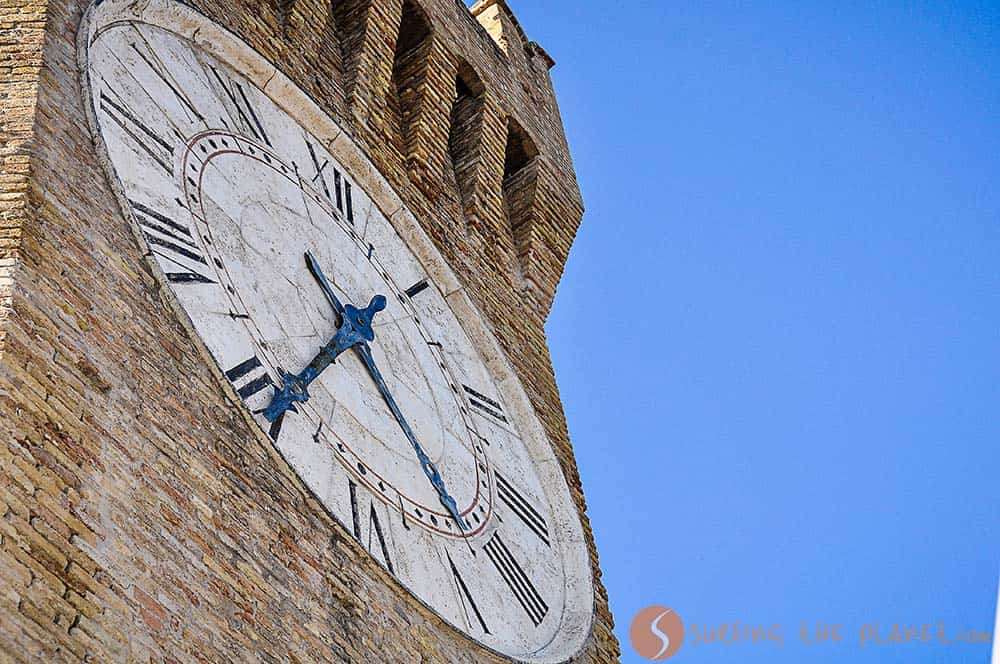 – ZZZ… BOOK YOUR HOTEL IN THE MARCHE REGION – find the best hotel for you.

– BRUM BRUM… RENT A CHEAP CAR FOR YOUR TRIP IN ITALY – find the best car for you.