Home » Blog » France » Sightseeing in Paris: a walk along the banks of the River Seine

We might not be able to explain it, but Paris is a city that we have already visited in numerous occasions, but where we really feel like going back every now and then. It might be because of the irresistible French bakery, the somewhat decadent atmosphere you can breath in when you walk in certain places or simply the majesty of its avenues and great buildings, but we always feel attracted to this city.

The last time we did some sightseeing in Paris, we ignored the big museums, and walked around some of our most favorite places. The River Seine, the main artery of the city served as the “main road” of our sightseeing in Paris, and we propose you to stroll on the banks of the river, just like we did.

By the way, if you don’t like walking too much, you can also take a river cruise on the Seine.

We start our walk in the Champs de Mars, a park that is situated in front of the famous Eiffel Tower, the main symbol of the city, which was built according to the plans of Gustavo Eiffel for the World’s Fair in 1889. Although we have seen it many times, we always feel fascinated by the splendor of this building that stands as a watchman over the city, the presence of which is noticed everywhere you are in Paris.

If you look for another great viewpoint in Paris, check out the view from the Montparnasse Tower. 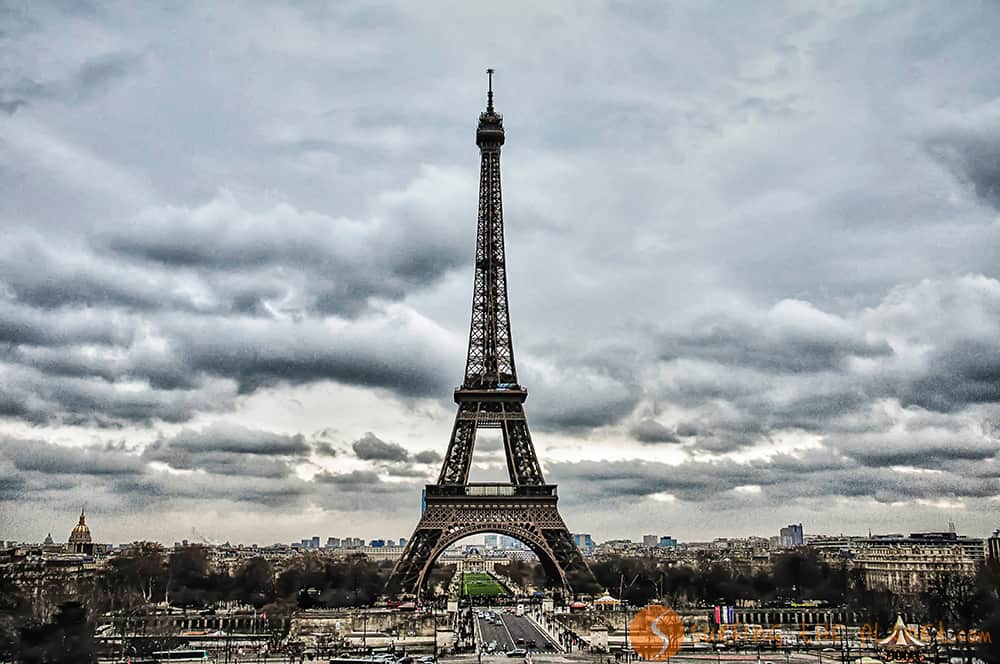 We continue with the sightseeing in Paris, following the River Seine till we reach the Alexandre III Bridge, which is a very peculiar bridge, and one can’t help stopping there for some time to admire this lovely construction. With the decorating golden statues that represent Pegasus and the 32 bronze candelabrums that illuminate it, you will fall in love with this bridge.

In front of the Alexandre III Bridge, we can find the L’Hôtel Nacional des Invalides, known as Les Invalides. Originally this building served as residence for army men and retired soldiers, nowadays it hosts several museums and religious places, amongst them the tomb of Bonaparte Napoleon. We wouldn’t not include the visit of this tomb in your sightseeing in Paris, but fans of history might be interested to do that. 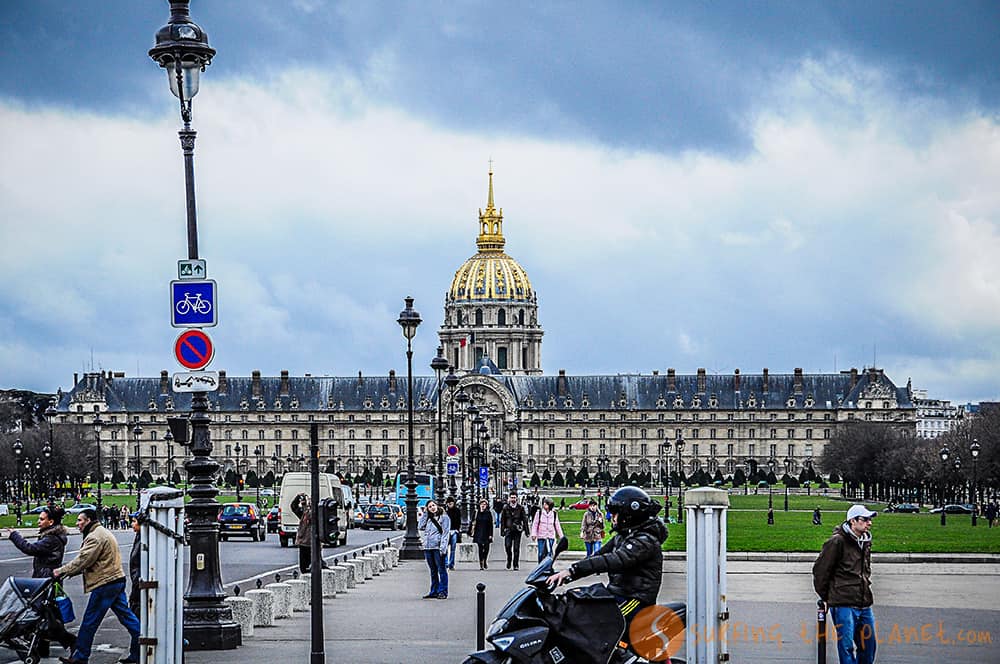 Following the banks of the River Seine, we find ourselves in the Place de la Concorde, a majestic square situated between the Avenue des Champs-Élysées and the Tuileries Garden. This square is very well known for its history, and probably is the square the represents the most the essence of Paris.  In the middle of the square there’s an impressive obelisk from Luxor, surrounded by two spectacular fountains. 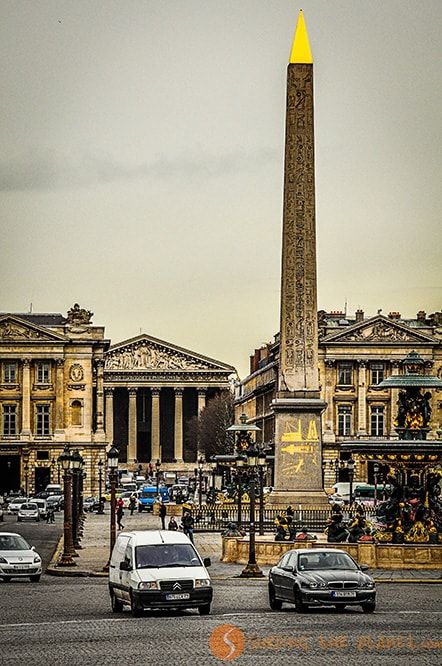 The Tuileries Garden offers a very pleasant walk till you arrive at the Louvre Museum, were we can appreciate the grace of both the building and the crystal pyramids in front of it. 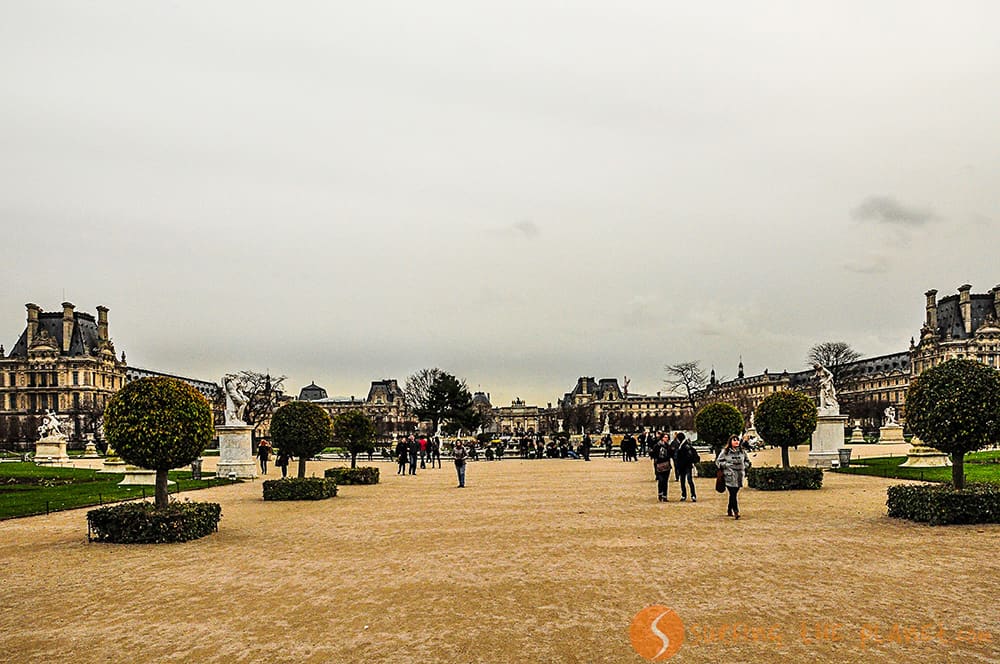 We arrive on the Île de la Cité, the island which was the main nucleus of the city in the middle ages. We find the wonderful Notre-Dame Cathedral here, which is one of the other landmarks that can’t be missed out during your sightseeing in Paris. This church serves as scene for many known histories, the Beauty and the Beast amongst them. It’s not difficult to imagine the beast living in this spectacular Gothic church full of small, interesting details. What we love the most is to sit down in the garden behind the church to enjoy the tranquility that you feel there. 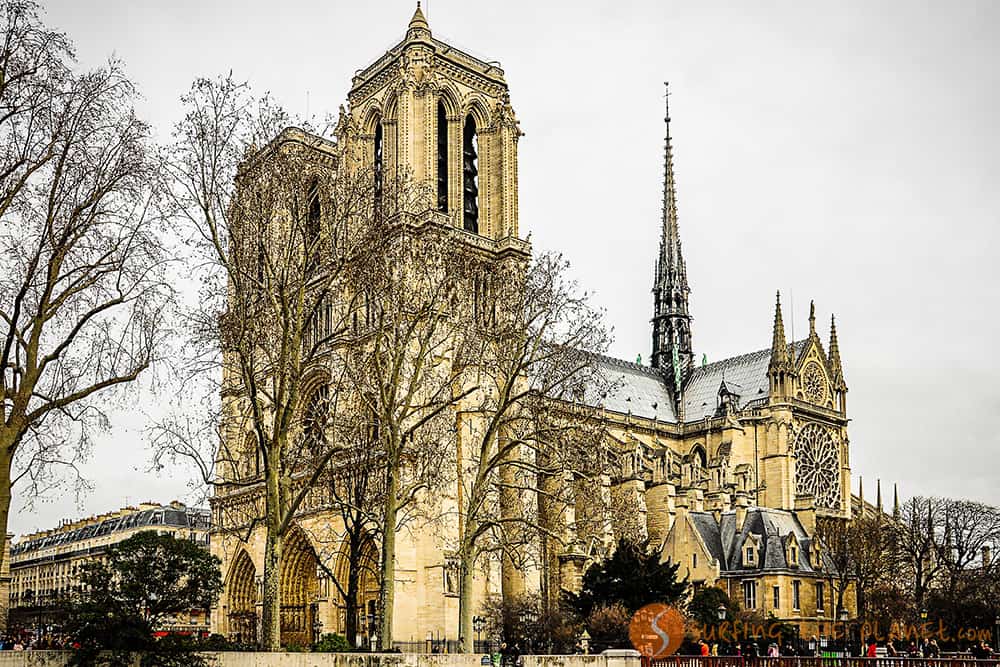 This route covers around 6 kilometers and you can do this walk in a half day without any hurry, enjoying every one of these places. It’s always important to remind ourselves to stop during the walk to appreciate the local culture, try some of the many bakeries where you can eat croissants and pain au chocolat that don’t have a match in other places.

After a tiresome walk in the city, there’s no better way to spend the evening than enjoying a show in the Moulin Rouge in Paris.

We hope that this stroll along the banks of the Seine made you feel like doing some sightseeing in Paris and enjoying this marvelous city!

If you are looking for a more comprehensive guide, check out this post about what to do in Paris.

– ZZZ… BOOK YOUR HOTEL IN PARIS – find the best hotel for you.

– BRUM BRUM… RENT A CHEAP CAR FOR YOUR TRIP TO PARIS – find the best car for you.