The idea of Pulserita Viajera (The Traveling Bracelet) dates back to the days that we spent in Mana, one of the islands of Fiji. When visited one of the tribes there, we started to play the “Girotondo” (a typical game played with children in Italy) with some of the kids.

We enjoyed to interact with them, and later when we traveled in Southeast Asia, we really felt the need for a more intimate connection with all those kids we met on the road. We wanted something more than just saying hello, waving, smiling and taking pictures of them. This was the moment when the idea of Pulserita Viajera was finally born. We started to make simple colorful bracelets made of cotton thread and we gave these bracelets as presents to the children we met on our travels. 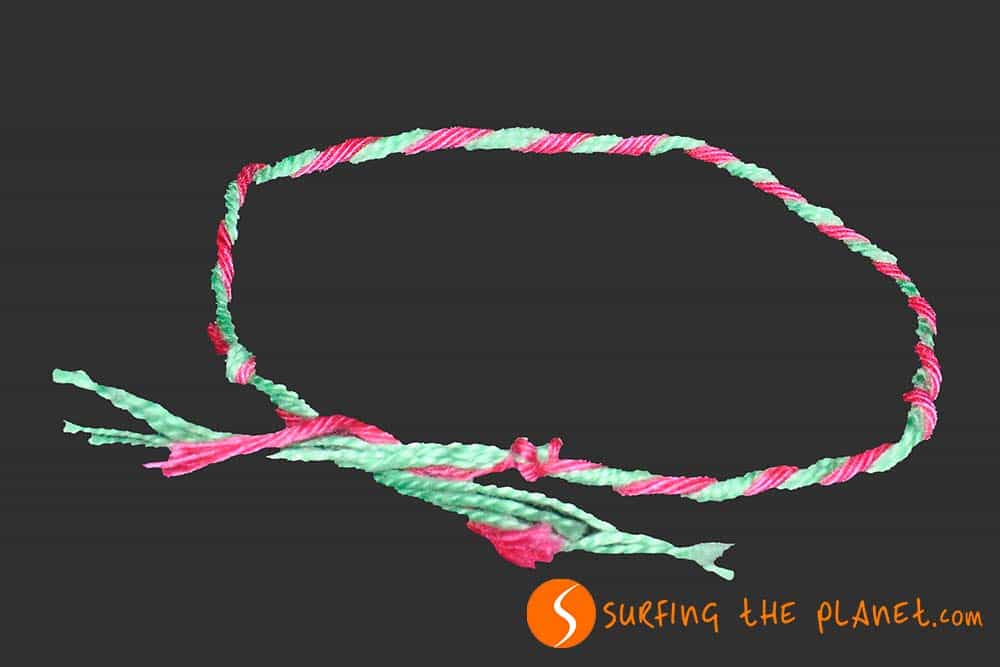 Seeing the joy in the eyes of the children when we gave them a Pulserita Viajera, we immediately understood that this was an idea that worked and we found just the way of communication with them that we had been looking for. We have been doing this since then, and we have had so many happy moments of making children smile by our Pulserita Viajera. In this section of the blog, we will present you many of these happy Pulserita Viajera moments that we lived on the road. Here comes the first one:
When we went to Siem Reap in Cambodia, apart from visiting the majestic temples of Angkor Wat, we also went by bike to discover the surrounding villages. As in most places in Cambodia, people greeted us in every corner and we smiled back. In front of one of the houses, we saw a bunch of kids cheering at us. We got off our bikes and approached the kids timidly. It was our first Pulserita Viajera moment and we already gave at least ten bracelets to the kids. 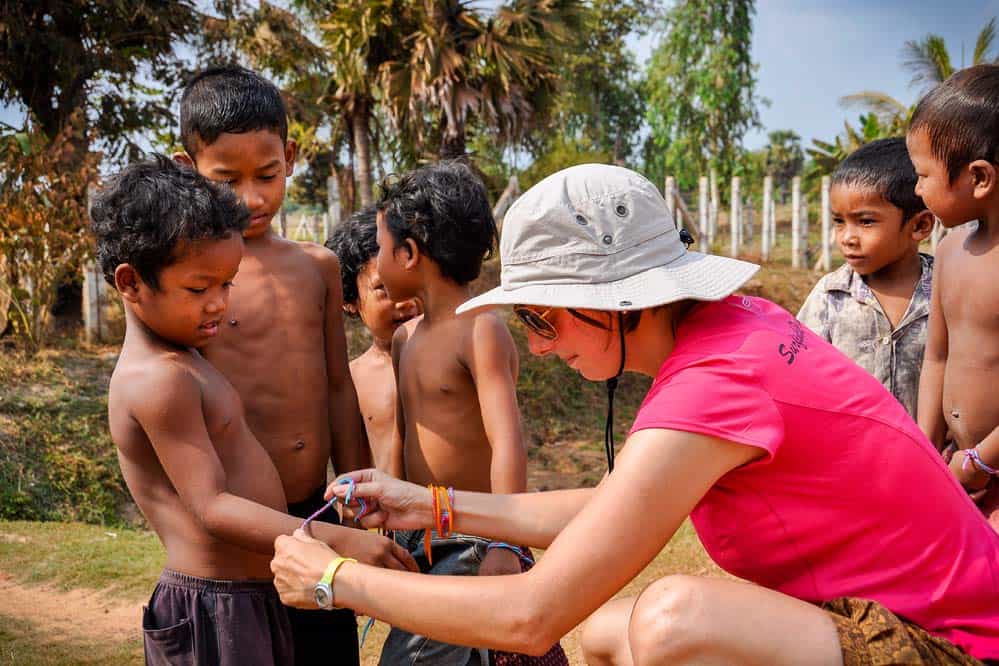 In the near future, we will share with you in our blog these happy moments of giving these Pulserita Viajera bracelets to kids around the world, and at the same time we would like to invite you to join the #pulseritaviajera movement! All those of you who travel around, just carry some cotton thread with you and make your own bracelets! Remember that it does not have to be a very sophisticated one, if it is colorful, the kids will love that! We assure you that once you start doing it, giving Pulserita Viajera to kids is addictive!
If you take a picture of the kids with your Pulserita Viajera (or the moment you give it to them), send it to us with very brief description of where, when and how it was taken. We will publish it in our blog with a link to your blog and/or your social media pages.

Here are some of the places we met kids and gave them these bracelets, and shared some good moments together.

In Battambang, Cambodia we took a tour to visit some interesting places around, and we took the bamboo train which was once an important mean of transport, now it is basically a touristic attraction. We arrived in a small village where we walked around for a while, when a little boy and girl approached us. The girl instantly made friends with Rachele, she showed us her little book and soon she was in her arms. She even gave Rachele a small ring made by herself from palm tree leaves. The boy was more shy, but he also stayed with us till we had to leave, they were our private tour guides in the village! 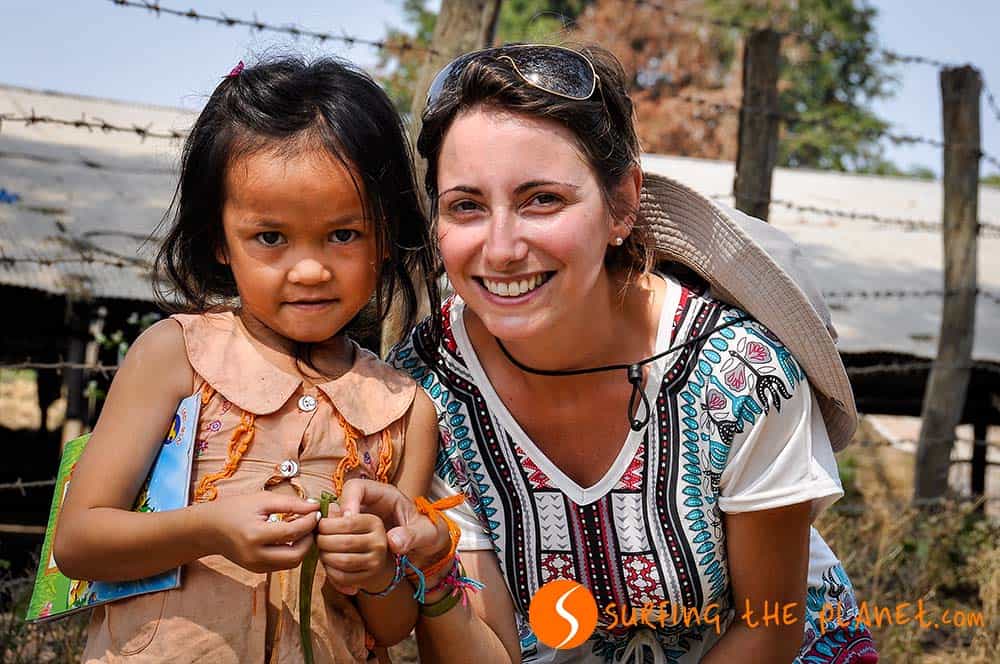 One of our favorite islands we got to visit in our round the world trip was in Cambodia. Close to Kep, Koh Tonsay (known as the Rabbit Island because of its form) is a relaxing island with just few bungalows there, and we spent there some days eating crabs most of the time, since it is incredibly cheap there.  We also took some walk around the island where there are a couple of fishing villages. When we arrived in one of them, the village seemed abandoned, and there was just a fisherman there fixing the net on the shore, but soon we heard her daughter saying hello from far. Her father told her to come closer, and although she  hesitated for a while, when we started a conversation with his father she came closer and closer. She was really shy at first, but after giving her the Pulserita Viajera she became much more friendly and stayed with us while we were talking with his father. She is one of the best memories we have from the Cambodian islands. 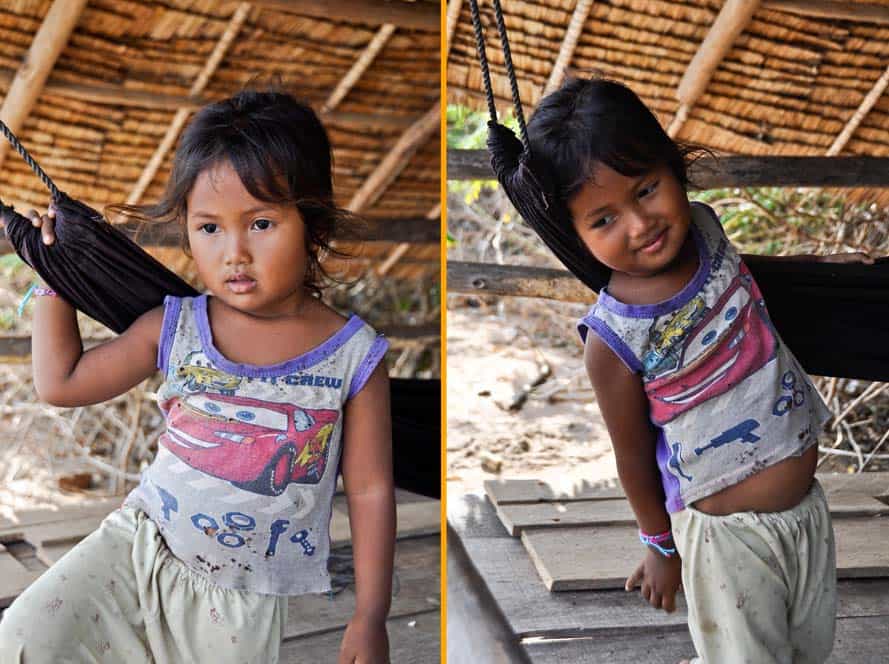 Until now we have shown you Pulserita Viajera moments from Cambodia, this time let’s remember one from Burma, a country with the kindest people you can imagine. When we visited Bago, a small town not so far from Yangon, which is famous for its beautiful pagodas, reclining Buddhas and the Golden Rock, one of the most important Buddhist pilgrimage site in Myanmar, which is found in the mountains nearby. 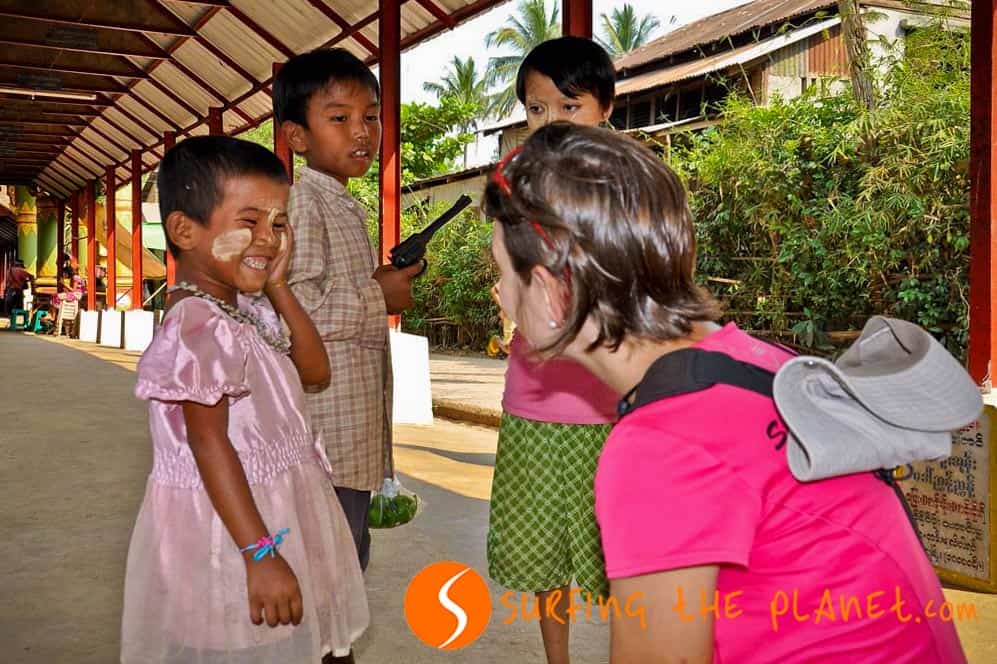 On our way to one of the pagodas, we met a group of really sweet kinds. They all wanted to play with us, and actually Gábor stopped for a while to play football (soccer for our dear American readers) with them. Actually it was the strangest thing, as the kids chose the Buddhist altar to be the goal. In Burma, most little kids wear thanaka on their face, a yellowish color paste. We played with these kids for a while, and the girls really liked their bracelet, while the little boy, being the man of the group, said he’s better of with his toy revolver. Bago probably is not as exciting as Bagan in the same country, but mostly because of these kids, we will never forget it.

We hope to recollect many of your wonderful Pulserita Viajera moments in our blog, so we are looking forward to receiving your photos!