Having lived in Barcelona for a decade now, I came to understand that Futbol Club Barcelona has much more importance in local people’s life than a sport club usually does. FC Barcelona or as most people call it Barça is a national institution in Catalonia, one of the most important symbols of the Catalan identity. Apart from this, it’s one of the most successful sport clubs of our days, the stadium of which fills up every weekend when there’s a home game. Myself, I also had the chance to watch some of these matches in the Camp Nou Stadium, and feel the magic that surrounds this club.

Barça attracts also a lot of people from both the rest of Spain and abroad. Tourists come to watch a game in the stadium or simply to visit the FC Barcelona Museum, which also includes a tour of the stadium and its facilities. It’s not surprising that the latter museum has been by far the most visited one in Barcelona for the last years. People who come from other places and even those who live here, they all know how many important trophies the club has recently won and they remember the amazing goals Messi scored in the last games. However, much less people actually know about the origins and the history of this club.

I follow various sports and I am usually interested in what is behind these successful sport organizations and their players, hence I was quite intrigued by the tour offered by Vivelus in Barcelona, which is called Secrets of Barcelona and Barcelona Football Club. The tour didn’t disappoint me, and although I already knew quite a lot about the history of Barça, I also learnt quite a lot of new details. It’s definitely an interesting option to add to our 3-day itinerary in Barcelona.

The tour itself is a walk around the Old Town (Ciutat Vella); the itinerary includes the Ramblas, the Gothic and the Raval neighbourhoods. This can already be quite surprising to many people, seeing that most key places of the history of FC Barcelona are located quite far from the actual stadium or even from where Les Corts Stadium stood, which was the home of Barça till the 1950s.

The first interesting sight we visited was the corner of the small Montjuïc del Carme Street in the Raval neighborhood. A plaque found here remembers that the club was founded in this particular building in 1899. 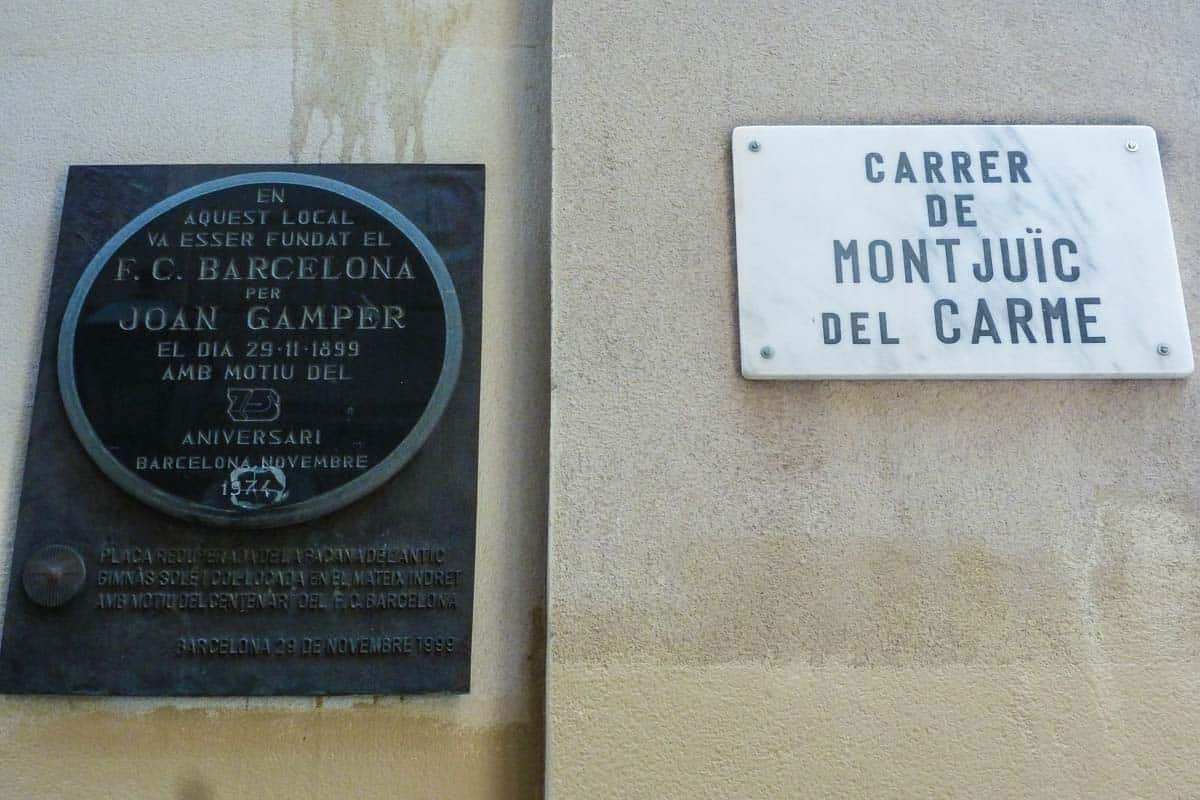 Then, we visited several other places, like the Hotel Oriente in the Ramblas, where many famous Barça players stayed for some nights, including Alfredo di Stefano who was first signed by Barça and only after dictator Franco’s intervention became the player of FC Barcelona’s archrival, the FC Real Madrid. 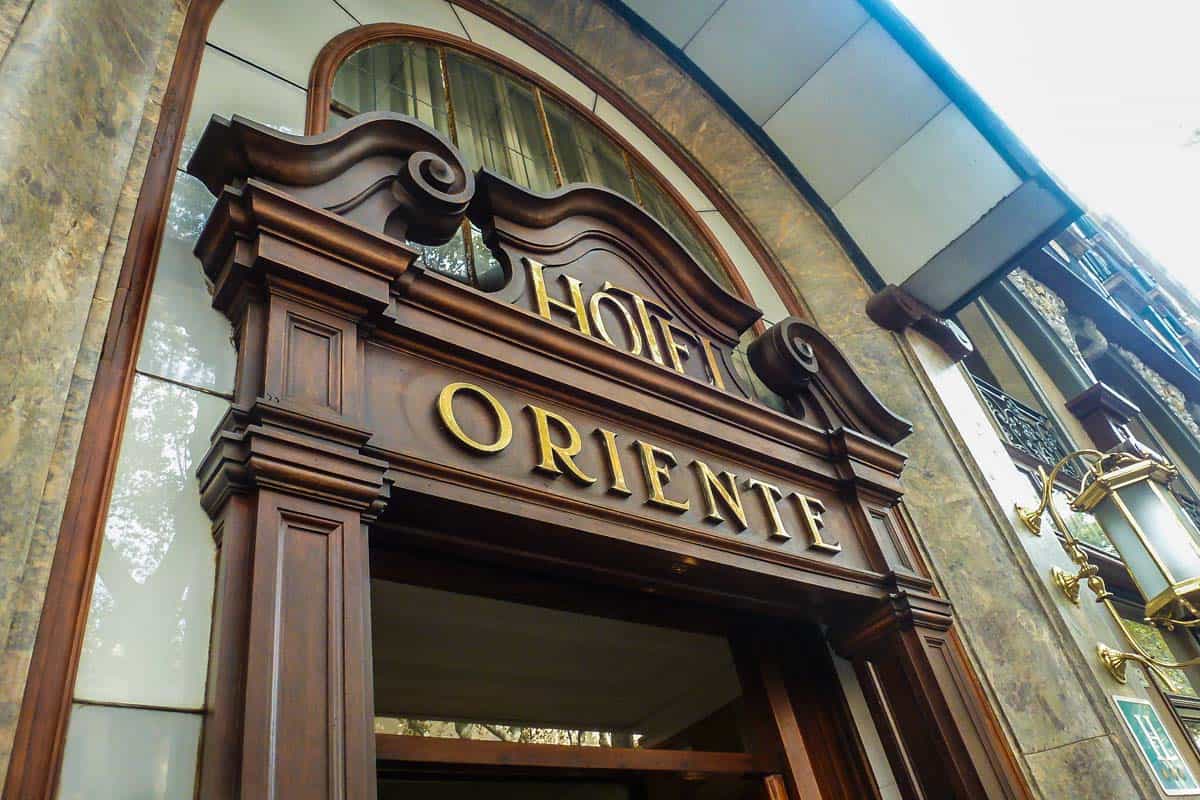 Nearby we spent some time in front of the Teatro Principal (The Main Theater), which was the headquarters of the club during its most tormented period. We even visited a narrow alley, where once the workshop was found which made the first footballs for the club. The walk finished at the Canaletas fountain, which is found in the Ramblas near Plaza Cataluña. This is where the fans of the club celebrate the biggest victories and trophies. It always seemed a strange place to me for celebration, since it is not a big open space or a large fountain like El Cibeles in Madrid. I learnt that this particular place was originally chosen because on the corner just behind the fountain stood the editorial office of the sport newspaper called La Rambla, and on the door of that building they hung the results of the latest matches. Sure it had to be an important place, since at those times there was no cellphone to check the results online.

During the tour I heard a lot of other interesting stories about the club and the most important characters throughout its history, which made the walk very entertaining and the 2 hours passed very quickly. I would really recommend this tour to everyone (even those who are from or live in Barcelona) who wants to get to know a little bit better the history of FC Barcelona and its connection to the Old City. It’s worth mentioning that the tour includes the entrance tickets to the Camp Nou Experience (the visit to the Camp Nou Stadium and the FC Barcelona Museum) and those who participate in this tour can enjoy the Camp Nou Experience whichever day they want during their visit to Barcelona.

If you plan to spend a few nights in Barcelona, check out here the best places to stay at.

If you look for alternative plans, you can check out this post with some tips for a great stay in Barcelona.