One might ask how it is possible that we live in Barcelona, we have a travel blog and still haven’t written a post about the things to see in Barcelona in 3 days? It seems possible…
In this post we try to propose an itinerary for those of you who always ask us what to do in Barcelona.

Herein, we propose you an itinerary for the Catalan capital that has become our adoptive city.

The best way to visit some of the major sights in Barcelona is to purchase the Barcelona City Pass, which includes entrance ticket to Sagrada Familia, Park Guell, return bus tickets from the airport, tickets for the Hop on/Hop off Sightseeing bus and other important discounts.

Day 1: The city center of Barcelona

The first day you should visit all those places that our incredibly touristic, full of people during the whole year, but you can’t miss them on your first visit to Barcelona.

Plaza Catalunya is the main square of the modern city of Barcelona. It’s always full of people, and although the square is not especially attractive, the nice fountains and the sculptures around give them its own character. 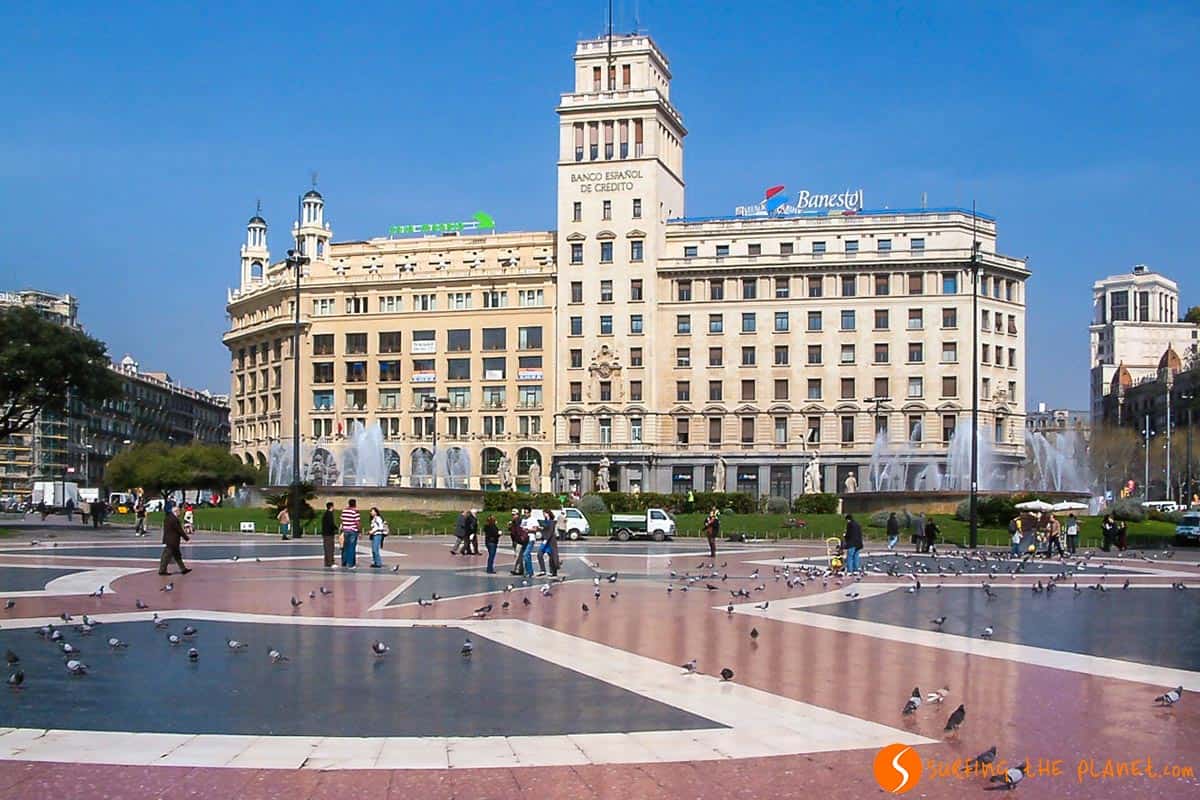 The most chaotic place in the city, and probably it’s enough to walk along the Las Ramblas once in your lifetime. There are lot of historic buildings alongside, such as the Opera (El Liceo), however, the crazy amount of tourists, terraces with low quality food and ridiculously expensive prices don’t make it a favorite spot for most local people. Be aware of pickpokets! 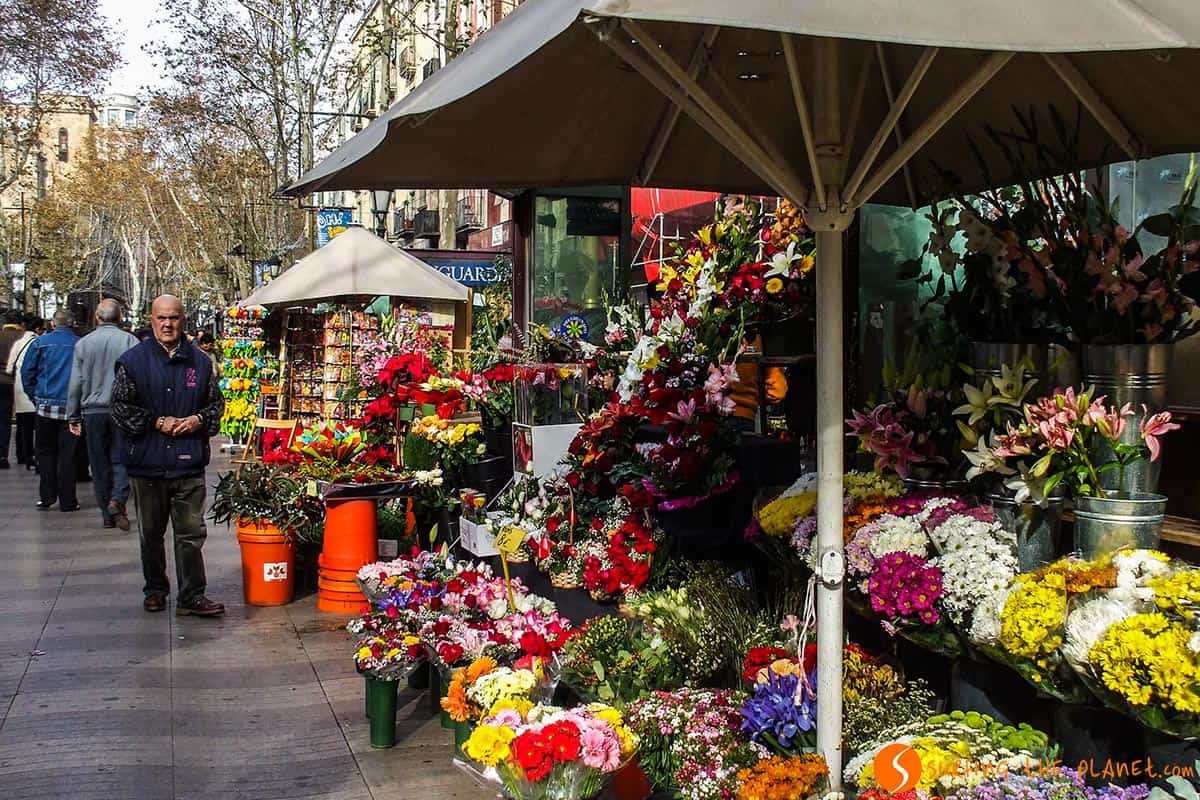 The Boquería is without doubt one of the most colorful markets you have ever seen. At the part close to the Las Ramblas there are many stands tselling fresh fruit juice for a decent price, which is a real delight on hot days, and in the interior it is a real market frequented by locals with one of the largest variety of seafood and other fresh products in the city. 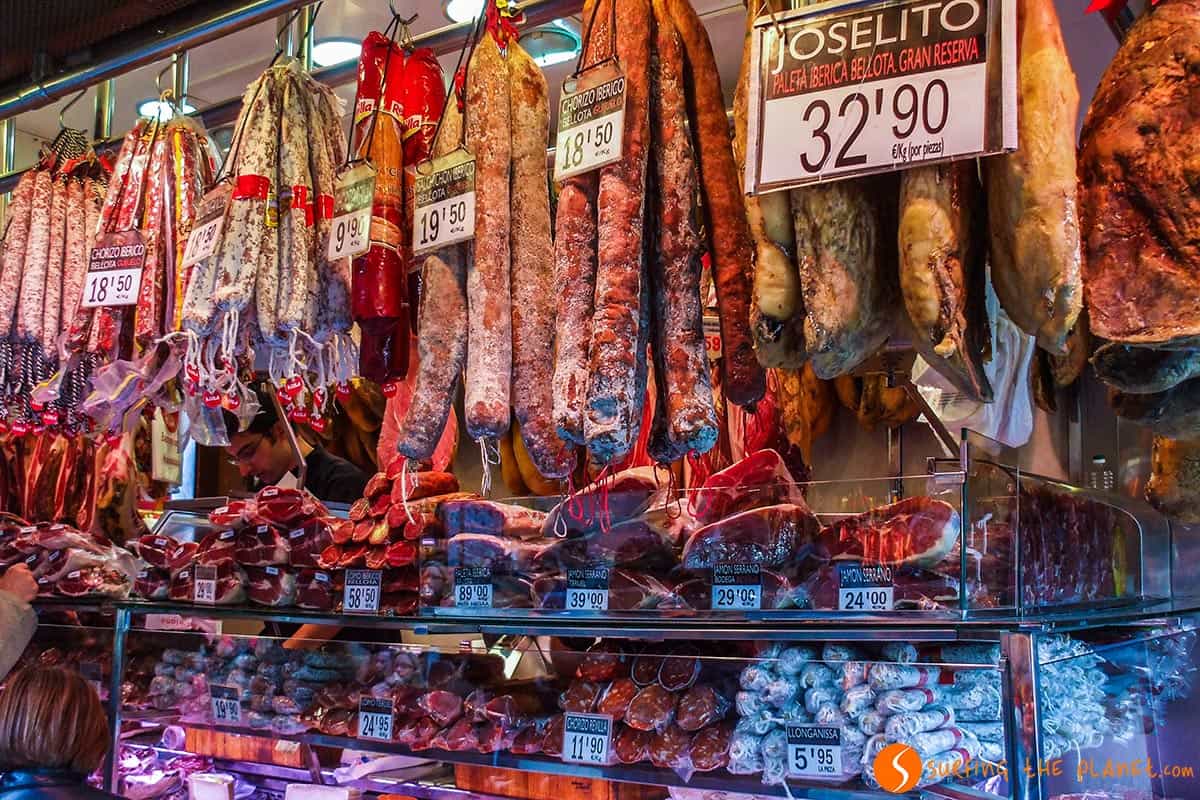 The Raval is a vivid and colorful neighborhood, and many of the tourists basically skip getting deep into this part of the city. We can strongly recommend walking around appreciating the cultural variety of so many different ethnics that live here. Raval has its own Rambla, another wide pedestrian street, but with much less fuss and glamour than the Las Ramblas. Botero’s cat statue is one of the main landmarks, a typical meeting point for locals. We also suggest you read our post about more things to explore around the El Raval neighborhood. 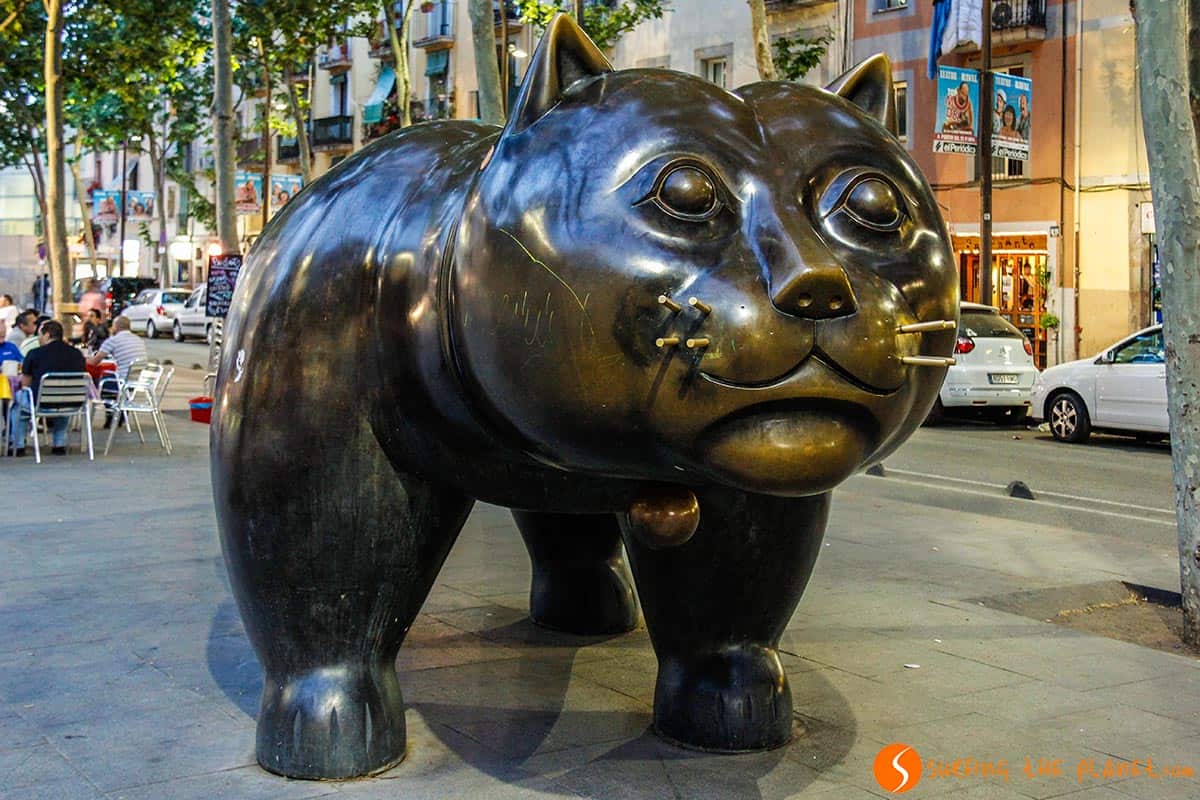 They say that it’s the “most stepped on” pedestrian street of Europe. In the middle of a never stopping flow of people, you will find all kinds of shops you want.

The best way of experiencing this neighborhood is simply getting lost between its narrow streets, while observing the antique buildings and lovely squares. Some of the key spots you shouldn’t miss out on:

Plaza Real, near las Ramblas this large square with palm trees actually is surprisingly calm most of the time.

The impressive gothic Cathedral, and its cloister where priests have been growing geese for many centuries.

Plaza del Rey, a small square where you will probably find a concert or simply musicians playing around taking advantage of the wonderful acoustics of the place.
The antique Jewish neighborhood is also a must, where you will find interesting shops selling traditional products. 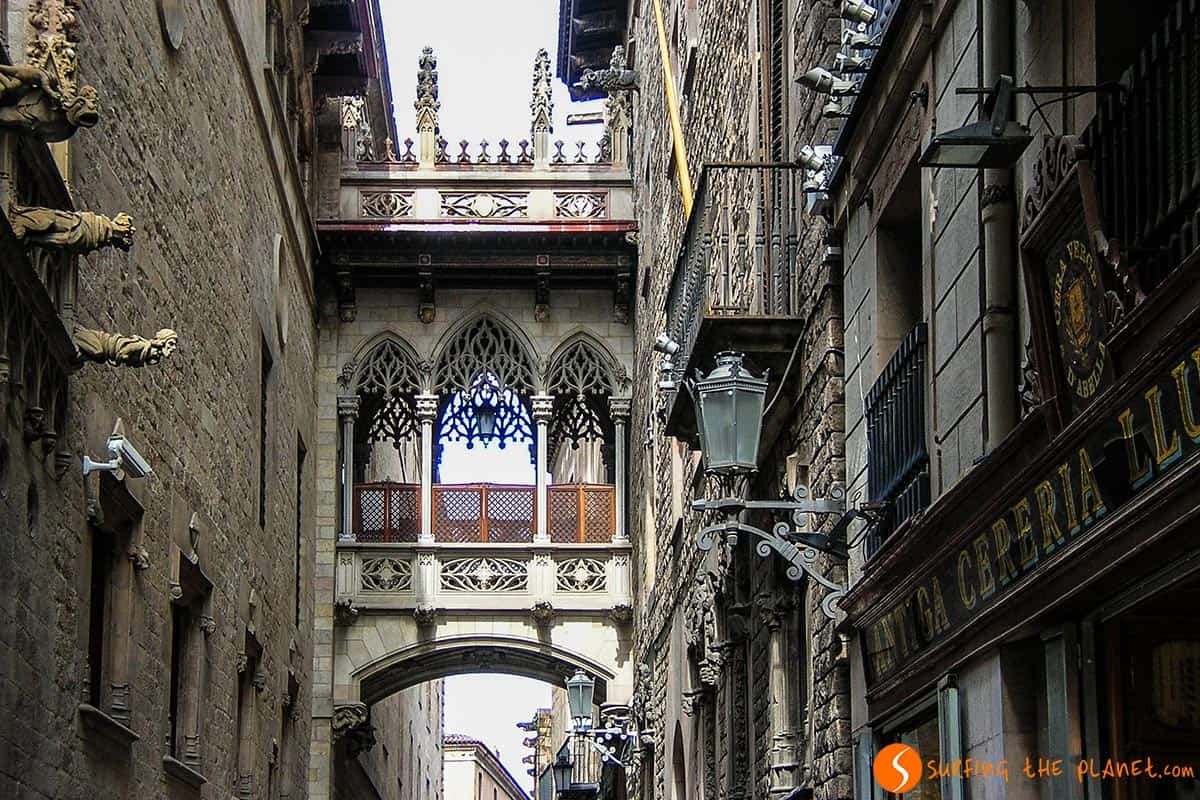 Day 2: Following the footsteps of Gaudí

The Paseo de Gracia street originally connected the city of Barcelona with the once independent town of Gracia (which is a neigborhood of the city wearing the same name), but it was a long time algo.

Nowadays, this is the luxury street and we can find here many shops of the top brands of the world. Nevertheless, the street is probably even more famous for the fact that two of Gaudi’s most impressive works can be found here. Both la Pedrera o la Casa Batlló are a masterpiece, and we should visit at least one of them in spite of the highly expensive entrance fees.

Also known as Casa Milá, it is one of Gaudí’s most amazing houses. After seeing it hundreds of times, we still stop in front of it sometimes for a moment  to observe its wavy facade and its original looking chinmeys. When we visit, it’s worth checking out these chimneys on the terrace for all the details, and from there you can also enjoy a great view of the Eixample neighborhood. 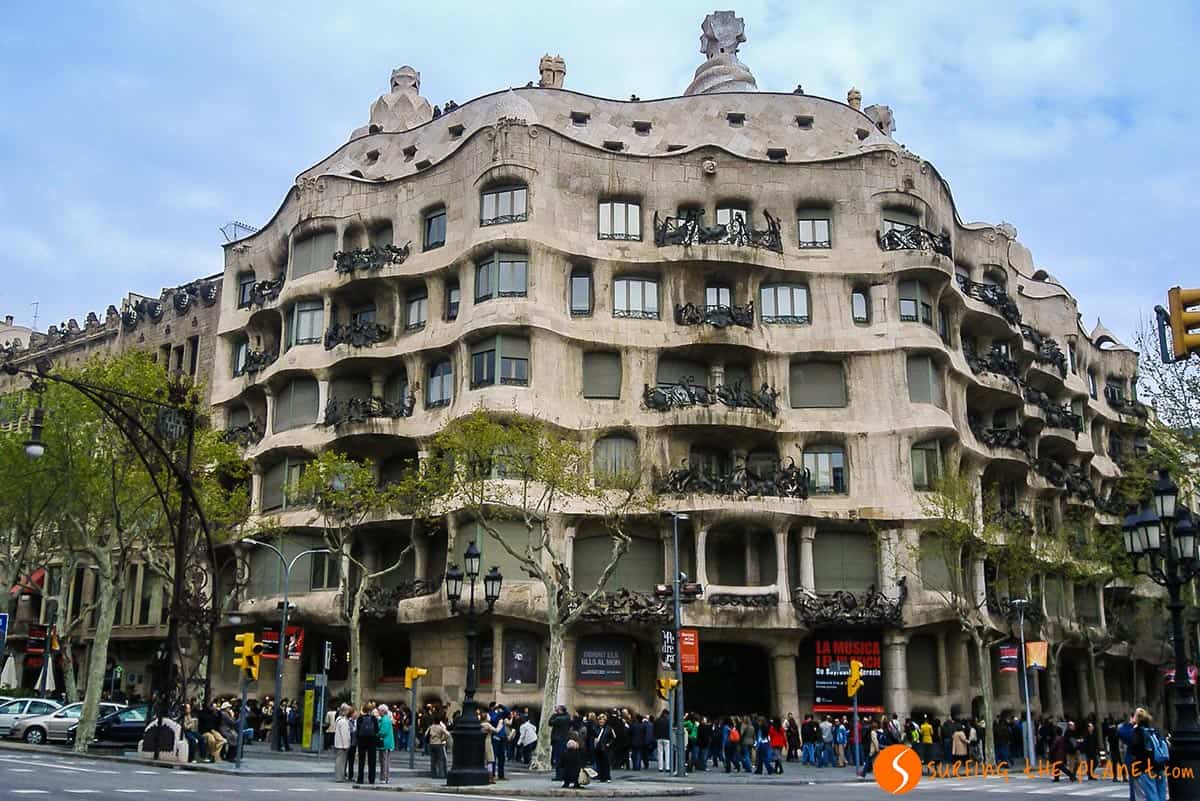 The Casa Batlló is also situated in Paseo de Gracia and just like la Pedrera it also instantly captures our attention. It looks like a house coming out of a fairy tale with its colorful walls and the roof, which looks like the skin of a dragon. The interior patio and the lights, which remind us the sea are also unique and spectacular.

Gaudí’s he most impressive masterwork is known around the world, not only because of its beauty, but since it has been built for many decades now and there are still just preliminary deadlines for its completion. We don’t need to say that visiting Sagrada Familia is a must-do. 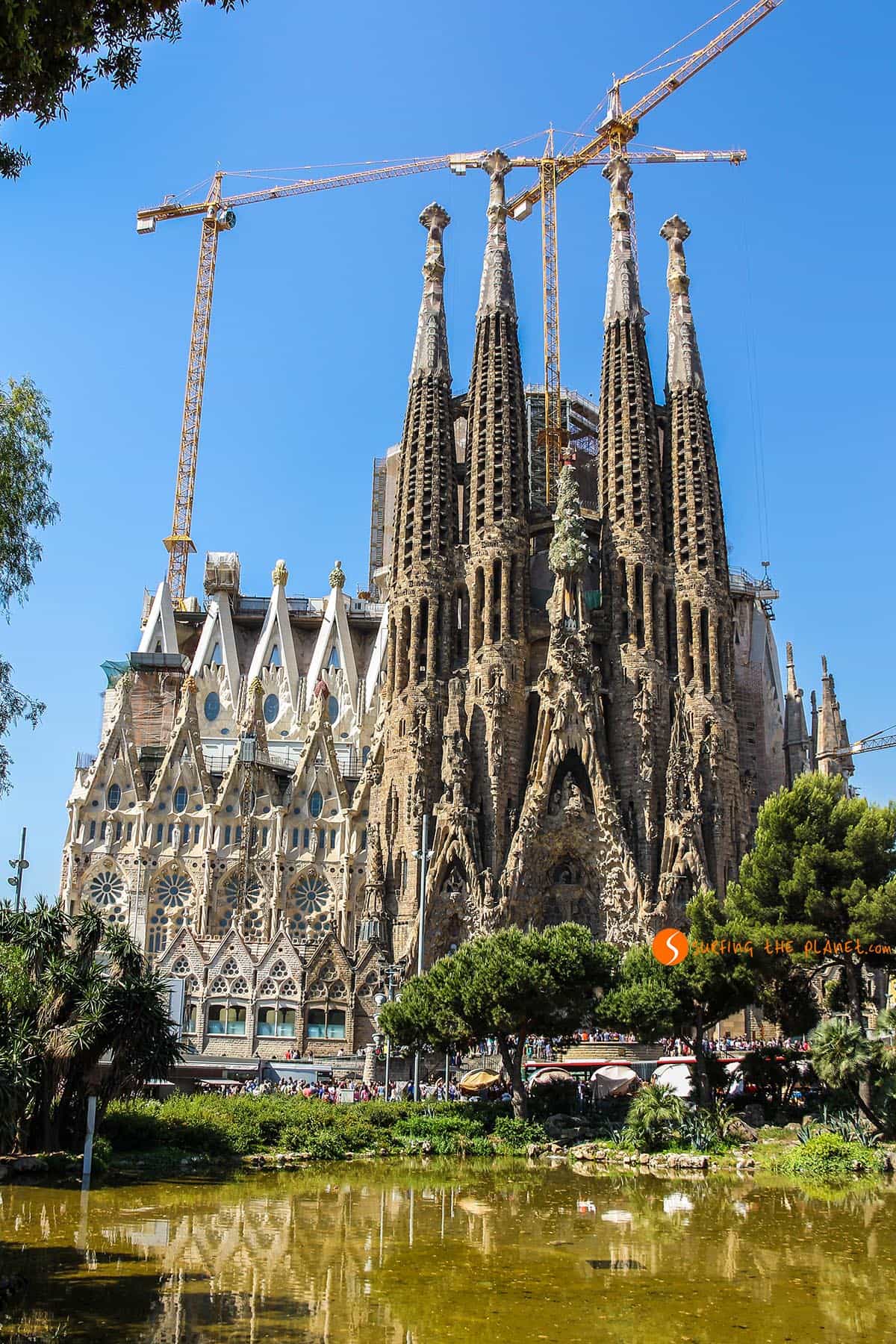 The Güell Park was commissioned to Gaudi by Eusebi Güell who wanted to create a housing area for the elite of the city. Now it’s a public park, which was recently divided into two parts, the monumental area, which we can access buying an entrance ticket, while the rest of the park is free to visit.
Ticket Park Guell 7,00 €

For a first visit to Barcelona we recommend visiting the Sagrada Familia and the Güell Park together with one of the houses in Paseo de Gracia. Casa Batlló might be a bit more vivacious, but la Pedrera is equally beautiful.

Day 3: Relax and getting away from the crowds

The last day we can dedicate to enjoying the nature in the city, hence, we can also relax a little bit before returning back home.

We can start our day with a walk in the Montjuic area. This hill on the seaside (very close the city center) is a perfect place to relax and get away from the busy city. From the castle on the top we can enjoy a fantastic view of both the city and the huge port area. Actually the castle itself is probably interesting only for history freaks, so we can skip the visit and enjoy the view from other points outside the castle. If you don’t want to walk all the way up to the castle, you can take the cable car, which also lets you have some really great views. 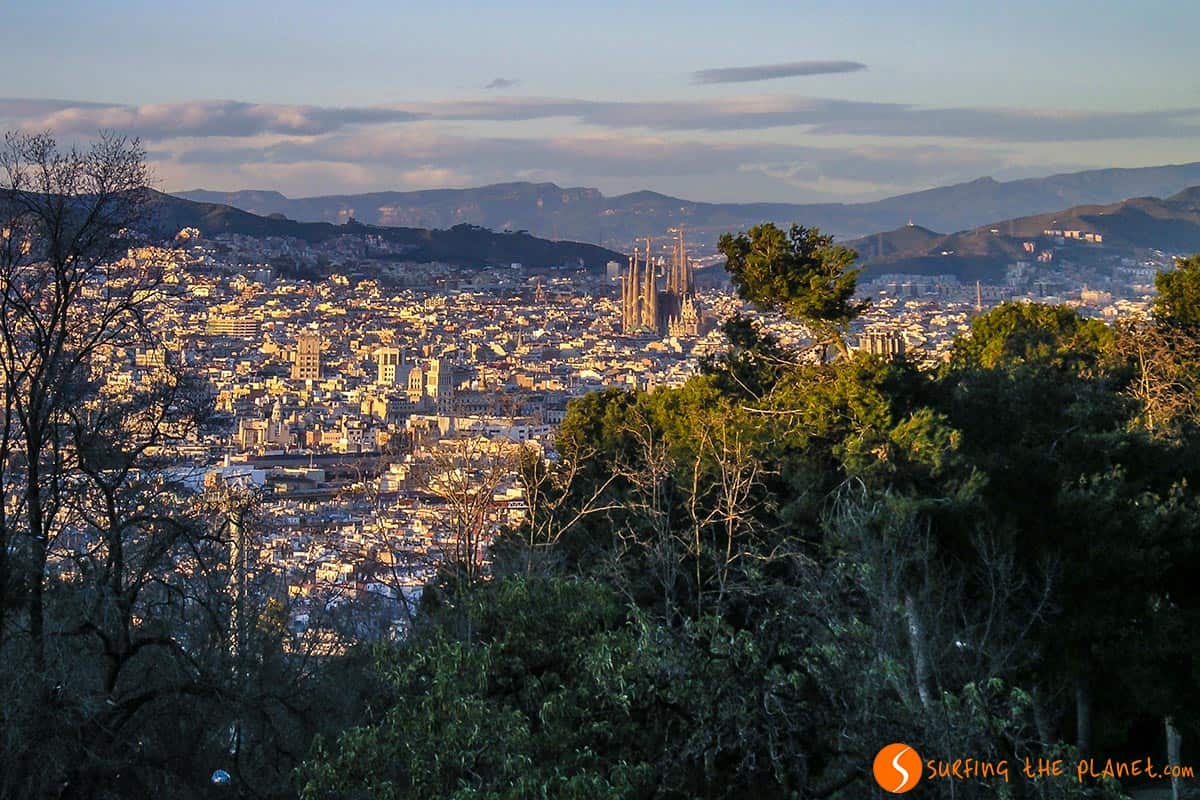 The Ciutadella Park is the largest green park in the heart of the city center, lovely fountains and palm trees can be found here together with building of the Catalan Parlament. It’s a perfect place for strolling, having a picnic or enjoying other activities we can find in this lively park. 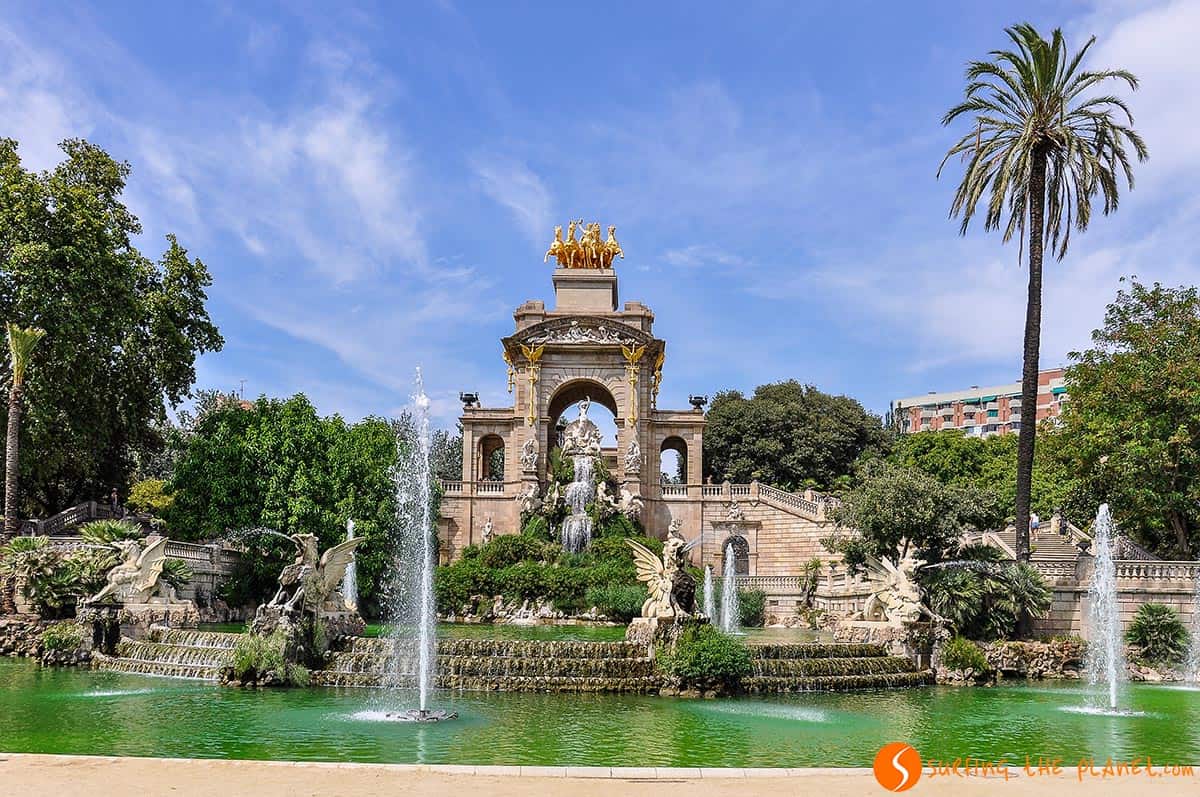 Next to the Ciutadella Park, we can find the Borne neighborhood, where it’s also worth walking around for a while. The nicest gem of this neighborhood is the Sant Maria del Mar Church, one of the most beautiful gothic churches we have ever seen. 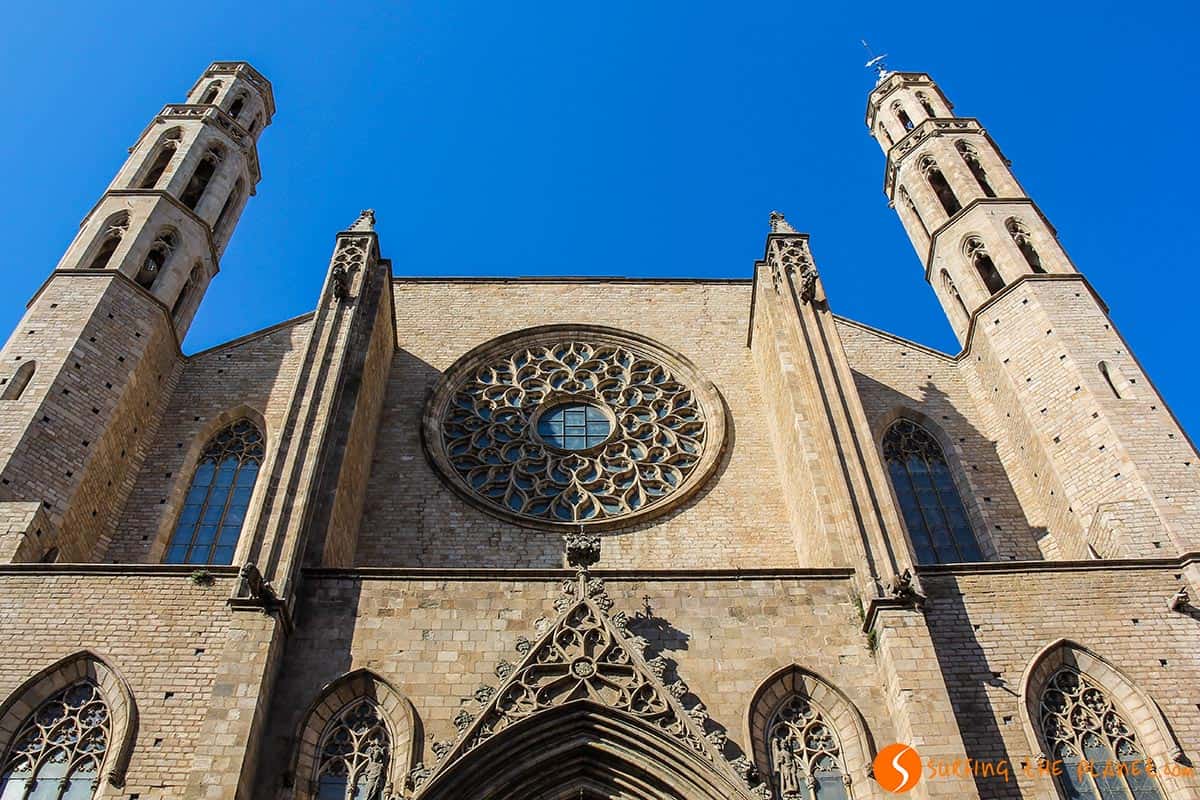 There are so many places to visit in Barcelona, in this post we just wanted to give you a brief introduction to the city with what we consider the most important things to do in Barcelona in 3 days. 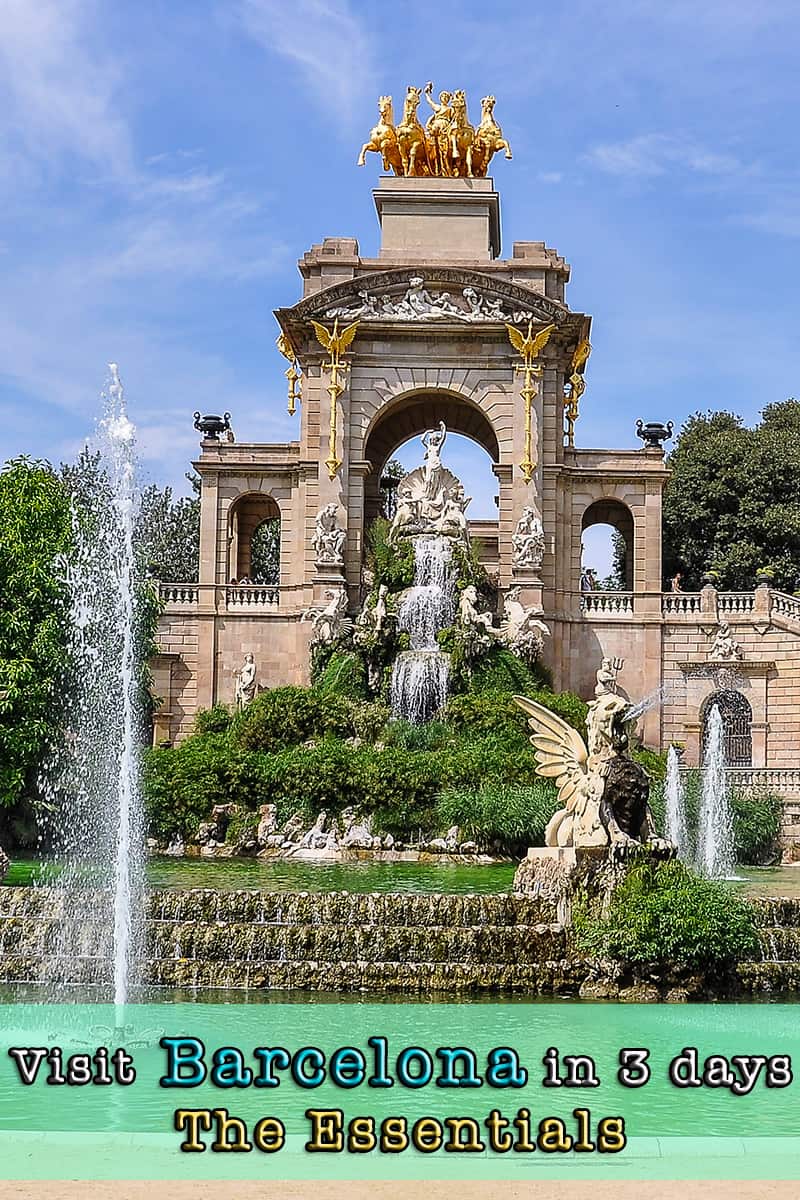