The Festa del Redentore is one of the most important festivities in the Veneto Region in the North of Italy, and it’s especially important for the people of Venice. The origin of these celebrations is connected to the end of a plague, which killed almost a third of the population of The Republic of Venice.

According to the legend, the plague was overcome thanks to the devotion of the local people and the vow of chastity of Alvise Mocenige (The Doge of Venice) who promised to build a beautiful church in case the overcame this epidemics. In 1577 when the plague finally ended, the actual doge Sebastiano Venier kept the promise of his predecessor and had the Basilica of Redentore built by the famous architect Andrea Palladio, on Guidecca Island.

The first stone of the church was put down in July 1577 and a 330 meter wide bridge was built from boats that connected Giudecca Island to Venice. The doge and the other religious people could walk through this bridge in a procession to the island. Since then (for more than 5 centuries) the city of Venice gets prepared to this major festivity on Saturday before the 3rd Sunday of July, every year.

According to local traditions, Venetian people start decorating their boats in the morning with lights, balloons and in the evening they arrive at to the “Bacino de San Marco” and the Giudecca Canal for the actual festivity. On the same day the bridge of the “votive” boats is constructed, which connects Giudecca with Venice.

The night is the most waited moment of the Festa del Redentore. I still remember the excitement that I felt when I was a child. I remember as we approached the place where the celebration was held in our small boat and looked for a place between the boats of friends and acquaintances. 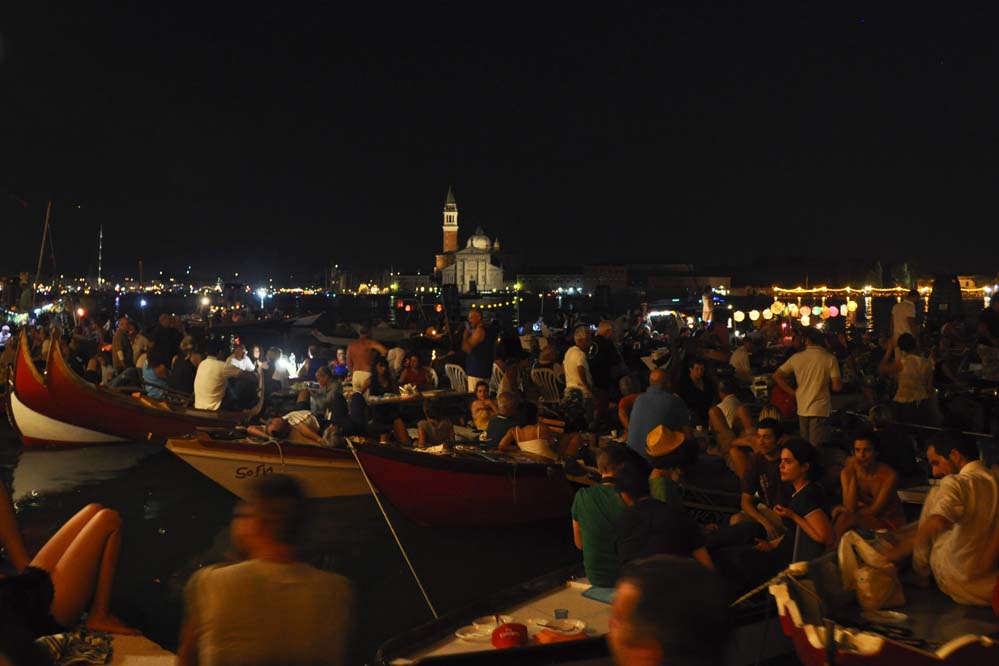 While waiting for the big fireworks, the typical tradition is spending the time eating local products like sopressa (a type of salami), pan biscotto (a type of dry bread), sardee in saore (sardines with onions) and tasting local wine. I live intensely this emotion every time when I get the chance to go to the Festa of Redentore and this year it was an enormous pleasure to attend it after missing out on it for many consecutive years.

The magic starts at 11:30 PM, when a world-famous and unique half an hour long fireworks show begins. This whole part of the canal is brought into light from the “Bacino de San Marco” till the famous San Giorgio Church. 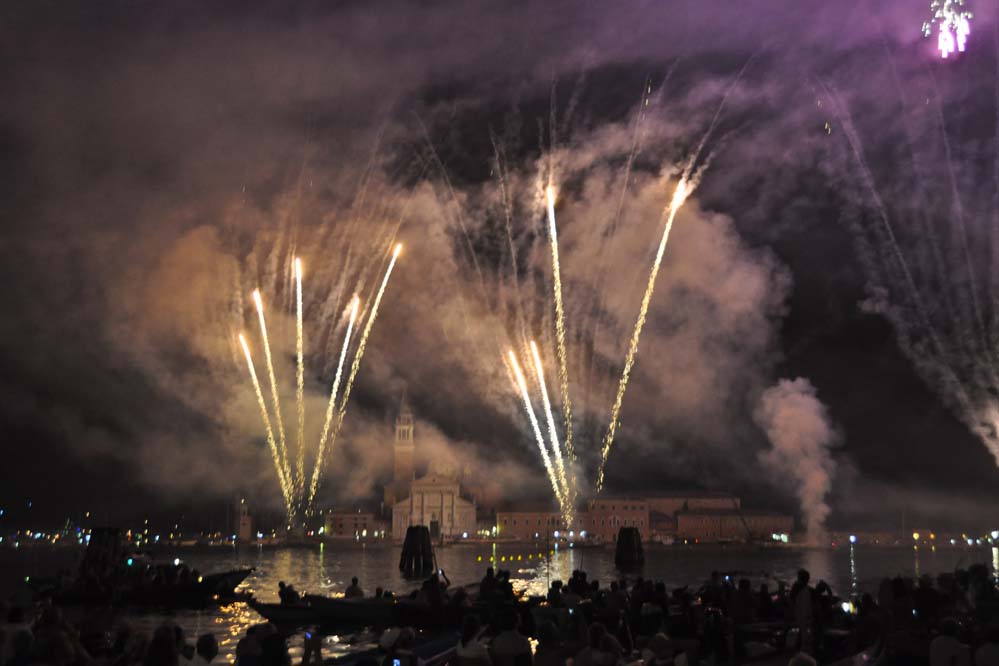 The reflection of the lights on the water creates an incredible scenery that fascinates all the spectators. Venice is dressed up in lights and colors this day and local people already start waiting for the Redentore next year when the actual festivity is finished. 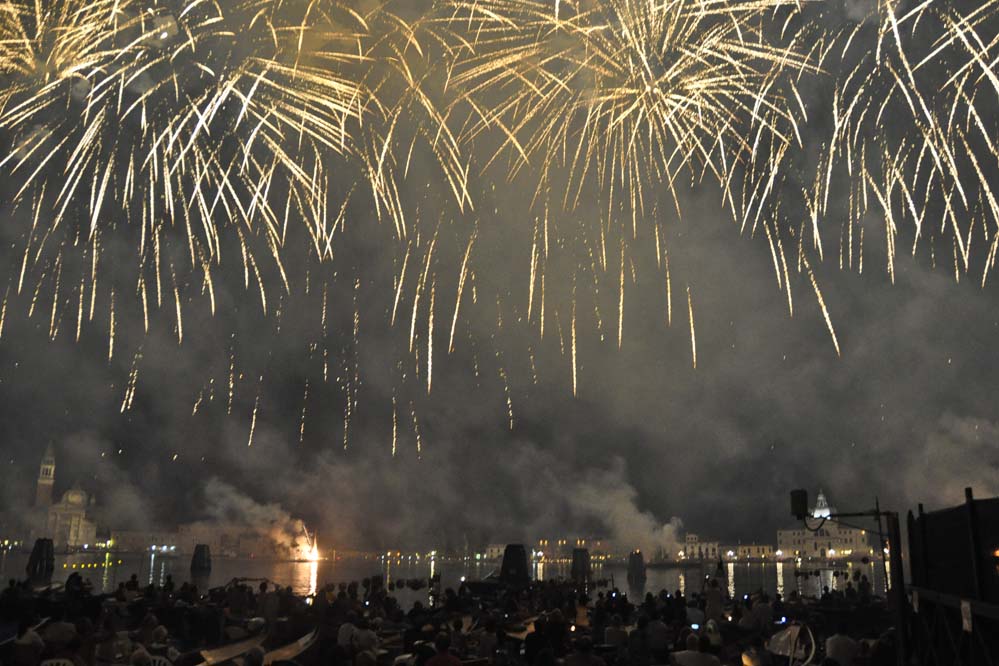 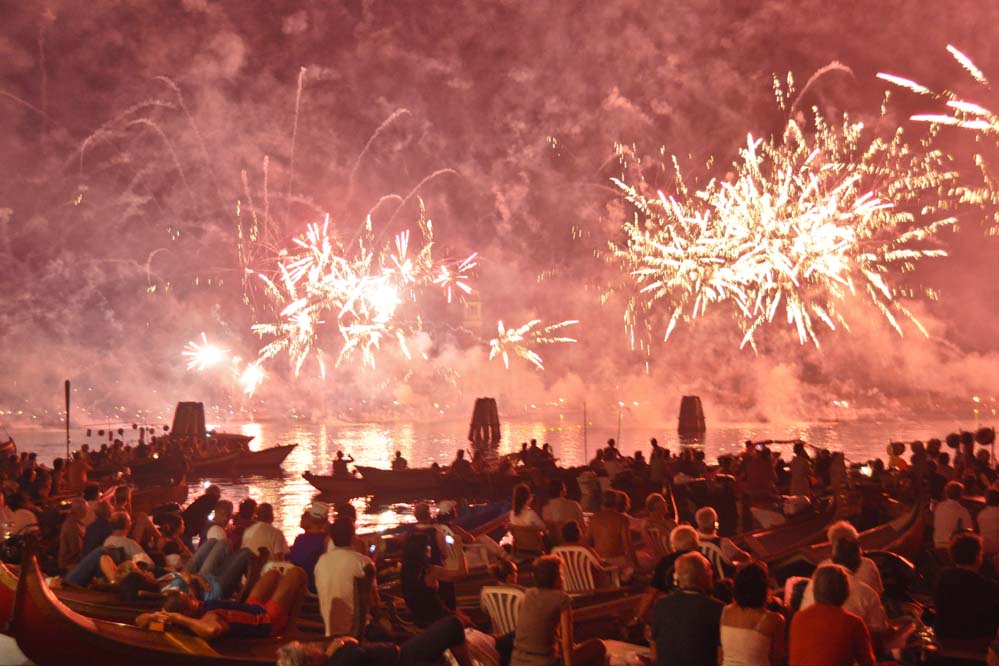 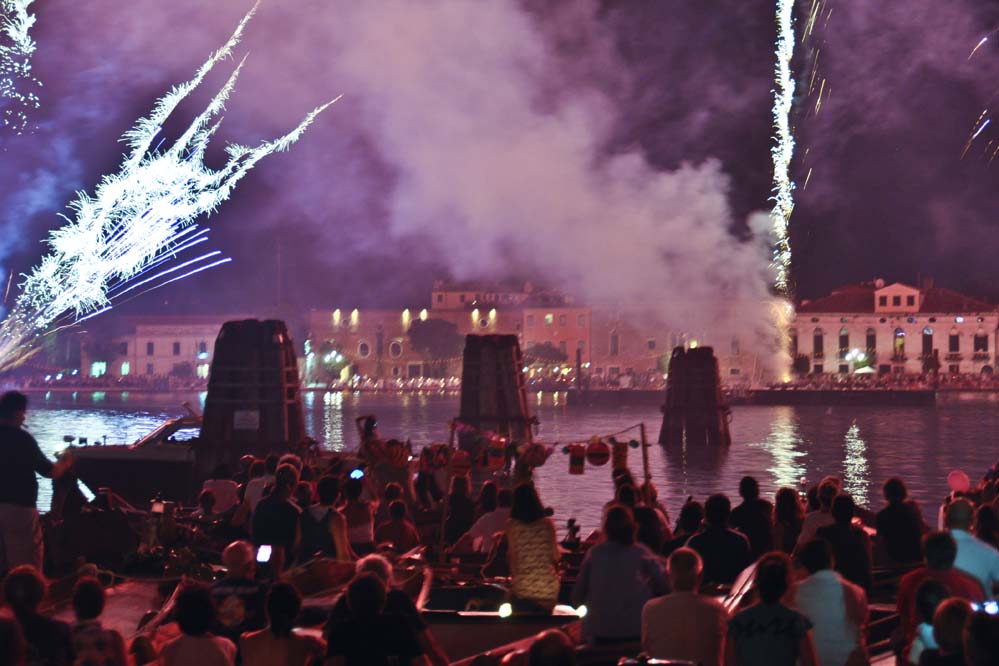 If you plan to spend some time in Venice, for some useful tips check out this great itinerary following Hemingway’s footsteps, and if you look for some great excursions around Venice, we recommend you to visit the colorful island of Burano.

– ZZZ… BOOK YOUR HOTEL IN VENICE – find the best hotel for you.

– BRUM BRUM… RENT A CHEAP CAR FOR YOUR TRIP TO VENICE – find the best car for you.