Rome, the Eternal City, the city of love, a city that has a lot of tags attached to its name. A city that is immune to modernity, chaotic and it’s like an oven during the summer months. Rome inspires all of us and we have to live it with all our senses. It enters our heart and astonishes us. It seems to have come out of a movie, it’s covered with the white color of marble and it smells like cheese, tomato and basil. In our last post we showed you our 21 favorite, magical places in the city and this time we want to give you some tips to make your visit even more enjoyable and help you to save some money, too.

1. When to visit Rome

Rome can be visited during the whole year. The winter months are never really cold, although locals say that there has been some change in this during the last few years. Fall and spring are the best periods to visit, when the climate is just perfect and this is when the parks are the most beautiful. Summer usually is really hot and visiting the city can be very exhausting. If you visit the city during the months of July and August, drinking lots of water during the day is fundamental to avoid dehydration. We don’t recommend to visit Rome during Christmas, Easter and May 1, when usually everything becomes full and prices become ridiculously high.

2. How to get to the city from the airport

There are two airports close to Rome: Fiumicino (FCO) and Ciampino (CIA), both having good connection with the city center. From Ciampino, which is situated 15 km from the city, the cheapest way is taking a shuttle bus of the Schiaffini company, the price is 3.9 euros and the bus leaves us at the Roma Termini railway station in the city center. From Fiumicino (30 km from Rome), the best option is to buy a return ticket for a shuttle bus with one of the several companies, the return trip costs 8 euros.
– If you fly with Ryanair, you will probably offered a ticket on board, and even though they tell you it is cheap, it’s more expensive than the tickets you can buy at the terminal.
– We really advise you against taking the bus of the Terravision company. It’s a company of shamefully bad service, bad manners and in many cases people can’t take the bus they want on the return trip (risking to lose the flight). we saw many travelers shouting with them desperately.

3. How to move around in the city

Although the quality of the metro service can’t be compared with that of many European cities, that is, there are still only two metro lines and traffic can be chaotic, public transport is satisfactory in general. What is a little bit more difficult to get used to is that you will need to practice your fighting skills when you try to get off the metro, as many people try to get on as soon as they open the door. The daily ticket costs 6 euros, and there are 3-day and weekly tickets too.

Rome is not a typically dangerous city, but as in most European big cities, pickpockets are never on holiday, so take care of your belongings, especially in the crowded areas.

4. Where to sleep in Rome

In Rome there are all types of accomodations, from cheap hostels to luxury hotels. When people visit cities like Rome, they tend to forget that the best option is staying in a central neighborhood away from the typical touristic itineraries. This way you not only save money on accomodation, but you have a better chance to get a taste of the authentic local life of the city. Some of the neighborhoods that are highly recommendable and well connected to the center are: Nomentano, San Giovanni, Ostiense, Monteverde, Flaminio, Trieste and Monte Sacro.

In our last post we have given you plenty of suggestions for not missing out on any of the most beautiful attractions of the city. However, Rome is probably the biggest open-air museum in the world, that is you don’t need to pay for experiencing the magic of its past, you just have to get lost in the narrow streets of the city, where you will bump into beautiful buildings, old churches, Roman ruins and marvelous squares without even knowing the name of most of these wonderful places. Every inch of this city has hundreds of years of history, waiting for to be explored by you. 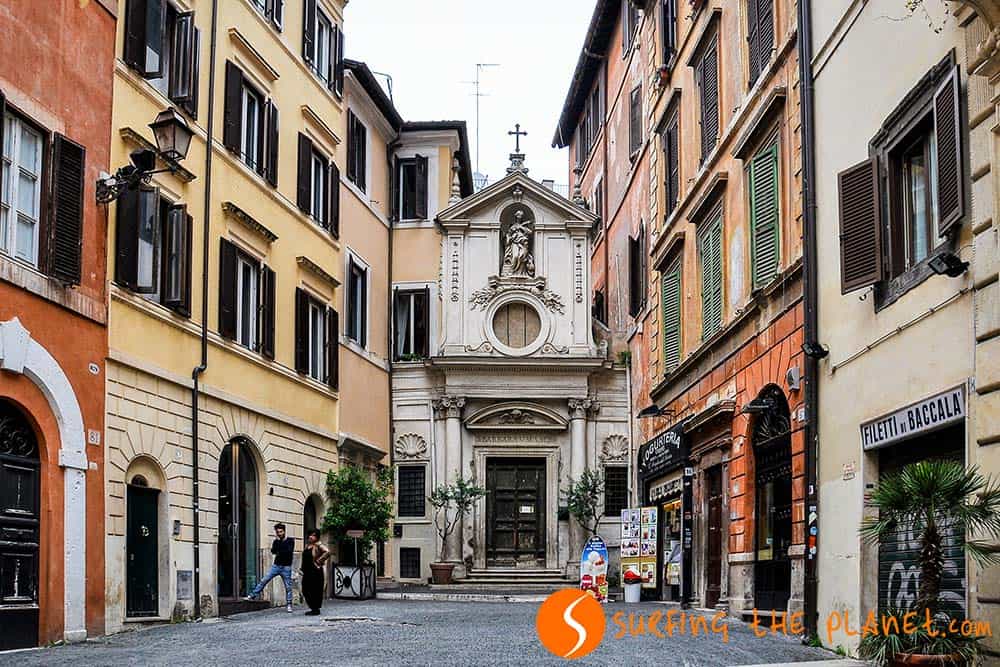 6. Where to eat in the city

Rome, just as other touristic cities, is full of restaurants close to the main attractions that are usually expensive and are not always of the best quality. The first tip we could give you is to try to move away from the more touristic areas, although in the case of Rome it’s probably easier saying then actually doing it. We can simply recommend you to find some restaurants with home made food (these places are usually called “trattoria“) in the less frequented streets, and as usual, the best option is following the locals or at least asking them. In the restaurants in Italy they usually charge you the cover, the price of which is not written in the menu, it’s better asking than having unpleasant surprises.

If you travel on a low budget, the best option is eating a slice of pizza (“pizza al taglio”) which you will find everywhere. It’s not as good as the pizzas you can eat in a regular pizzeria, but it’s usually quite decent and very cheap. Don’t leave without trying a good Italian pizza and an ice cream. You can find these in really every corner of the city, we can recommend you the Da Ivo Pizzeria that you can find in a less touristic street of the popular Trastevere neighborhood. It’s a place mostly frequented by locals, the service is quite slow, but when you are in Rome, you can’t be in a hurry. The most antique ice cream shop is the “gelateria Giolitti” where amongst other flavours you can even try an ice cream that tastes like champagne. 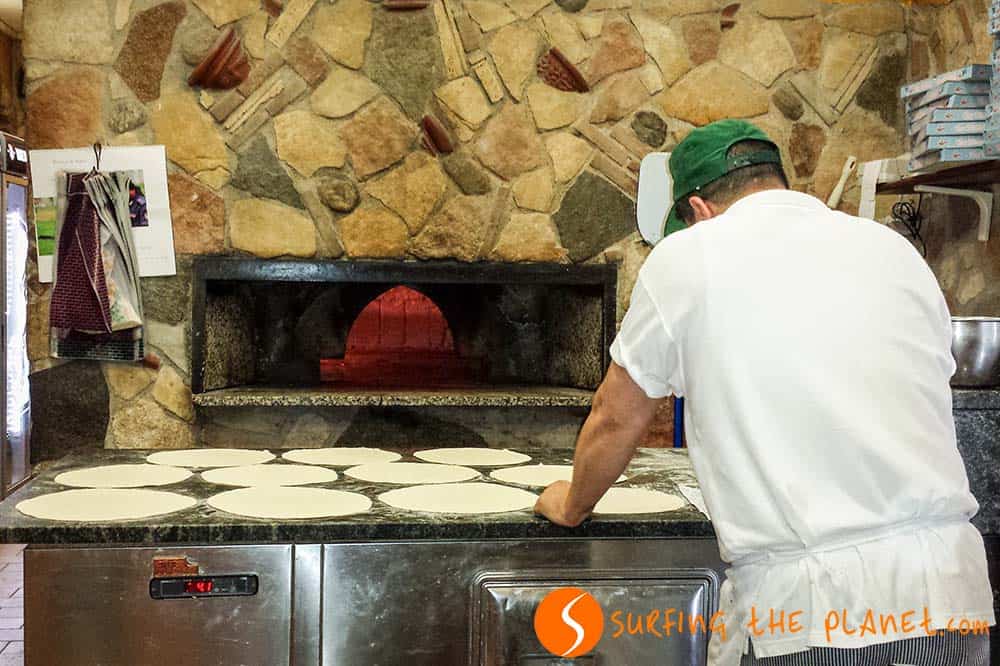 If you have any interesting tips for those who are going to visit Rome, please share that with us in the comment section!

– ZZZ… BOOK YOUR HOTEL IN ROME – find the best hotel for you.

– BRUM BRUM… RENT A CHEAP CAR FOR YOUR TRIP TO ROME – find the best car for you.

Artículo anterior What to see in Rome: 21 must see places
Artículo siguiente Walking through the history of the Berlin Wall