Home » Blog » Germany » Walking through the history of the Berlin Wall

Our visit to Berlin was full of surprises. The first surprise was the weather, 30 degrees Celsius in Berlin while in Barcelona the temperature was at least 10 degrees lower. It is usually the opposite way! It seems we brought some nice weather to the German Capital.

The history of Berlin, as we all know, is some kind of the symbol of the second half of the 20th century, and although this history is not exactly from the most beautiful pages of the history of mankind, we fell in love with this city and we also felt touched by its tough history. Without this, Berlin probably wouldn’t be the same inspiring city.

Through this post we invite you to walk with us around this lively city.

The History of the Berlin Wall

After World War II, Berlin was divided into four sectors, the American, the British, the French and the Soviet parts. The Soviet zone belonged to the DDR (East Germany or German Democratic Republic), while the rest of the city belonged to the FRG (West Germany or Federal Republic of Germany). In 1961 the Soviets decided that the emigration from the Eastern part to West Germany has to be stopped, and during the infamous night of 12nd-13rd August 1961 they raised the Berlin Wall.

From one day to another many families found themselves divided and many people from East Berlin who worked in West Berlin, lost their job. The people from West Berlin could keep on visiting their families in the Eastern part of the city, whereas those living in the Eastern part could only go to West Berlin in special occasions like a funeral of a member of the family. Many people tried to climb the Wall and cross to the other side, only few of them succeeded. We still don’t know how many people died in these attempts.

Bicycle excursion around the Berlin Wall

With Martin, our guide we explored together the history of the Wall in an entertaining way. It was a privilege to have a nice and funny guide like Martin, who remembers perfectly the fall of the Berlin Wall, although he was really young then.

We visited the site of Bornholmer Straße, the first passage that was opened at 23.30 on 9th November 1989. Martin made us imagine everything important that happened on that marvelous day that symbolizes the fall of Communist dictatorships in Europe for most of us. On the Wall there are some metal plates with the hour written on them which make you live again these moments.

When you arrive to the part with 23.30 written on it, and you see the photos of the masses of people happily crossing the Wall, as if the gates of heaven were opened, it’s hard to hold back tears and not to get goose bumps. I think Martin chose this place to start the tour in order to make us feel all these emotions and make us really feel that this is already the past, before we actually visited other parts of the Wall that till stand. 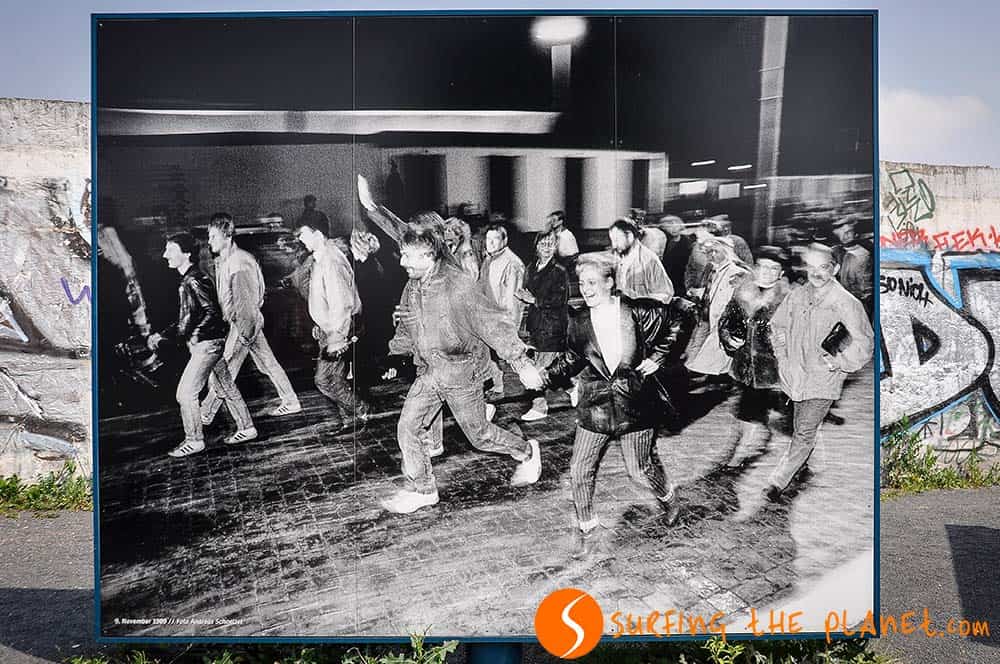 We visited Mauer Park, very famous for the activities you can find here on the weekend. There’s a huge piece of the Wall here that graffiti artists repaint every week, hence it is always different. It gives even more colors to a park that is already quite colorful. 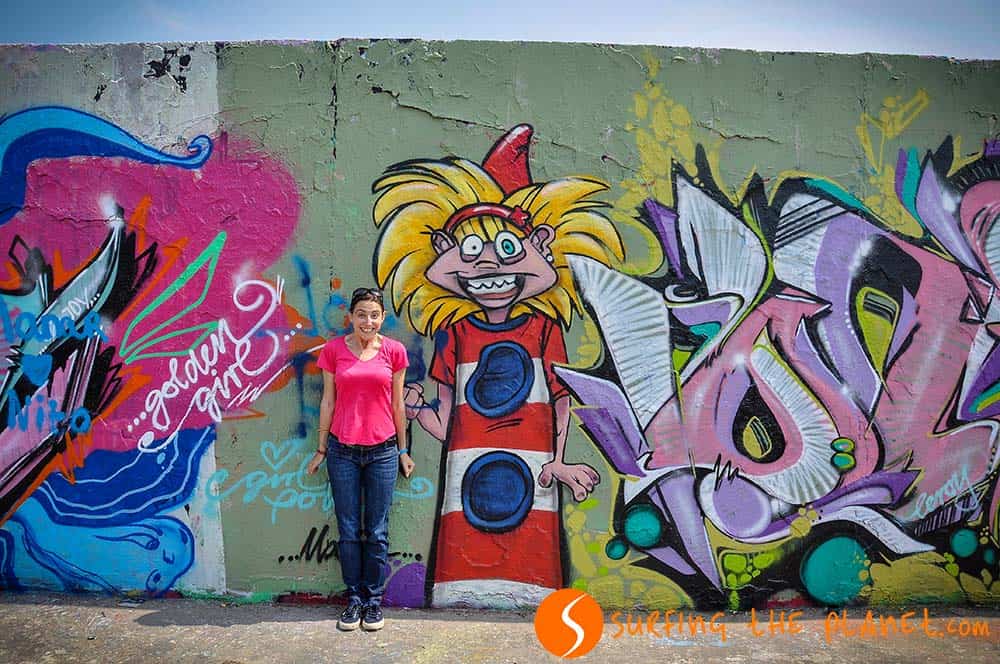 Bernauer Straße is a very symbolic street for various reasons: buildings on this street were basically attached to the Wall, so many people tried to jump from the windows of these buildings to the other side, and most of them unfortunately lost their life. This is one of the many areas of Berlin where there are no buildings any more, as no one would want to live in a place with such a sad history. You can find the Wall Memorial here, an open-air museum. 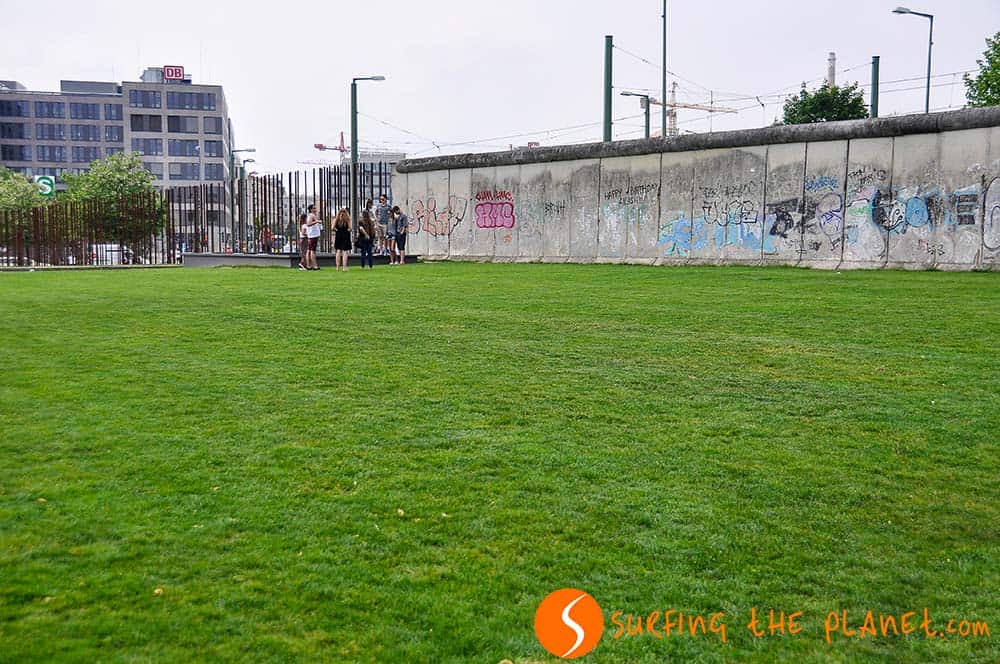 We also visited some of the original control towers of Gedenkstätte Günter Litfin. 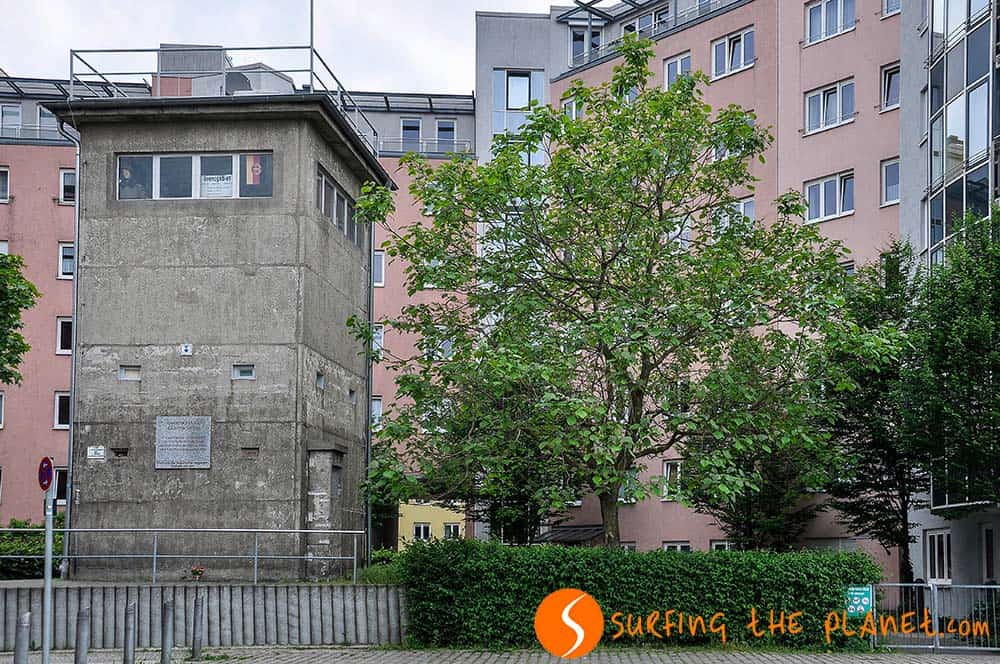 Martin really made us know the most authentic part of the Wall where not many tourists go. If you visit Berlin one day, we can truly recommend you to do a tour by bicycle. 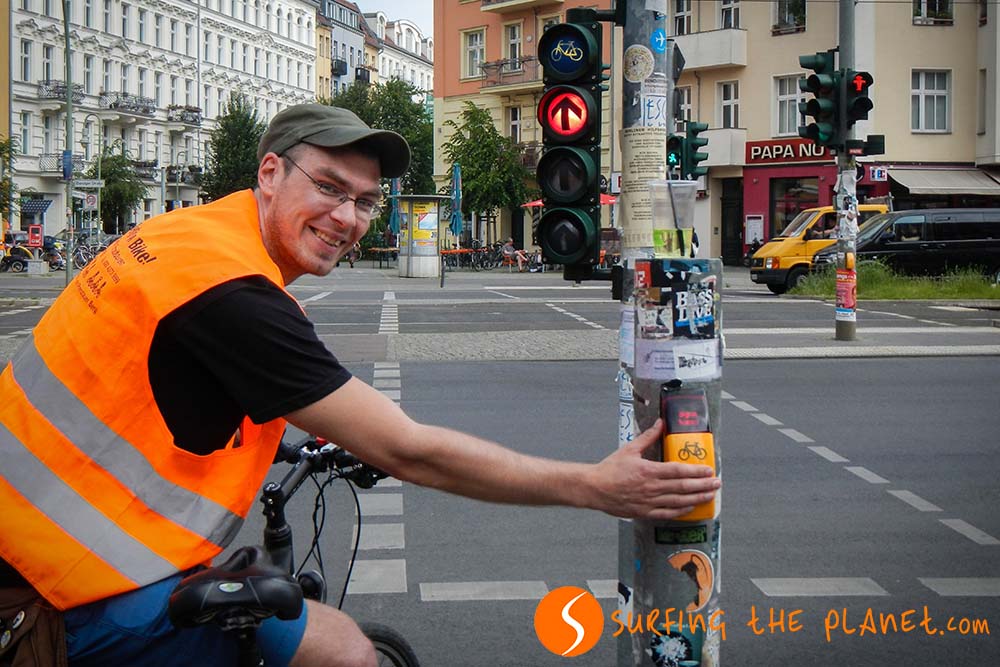 In the city center you always stumble into piles of stones that remind you constantly of the original line of the Wall. It is impossible visiting Berlin and trying to escape from the Wall that is present both physically and in the local culture. We still had some important parts left to visit:

Check Point Charlie (probably the most famous site) was the access point to East Berlin for diplomats, journalists and other authorized foreign visitors. Here you can find the famous warning sign with  “YOU ARE NOW LEAVING THE AMERICAN SECTOR” written in English, Russian, French and German.

The East Side Gallery is a 1.3 km long piece of the Wall, which nowadays is a symbol of freedom. An open-air museum which was painted by different artists in 1990. 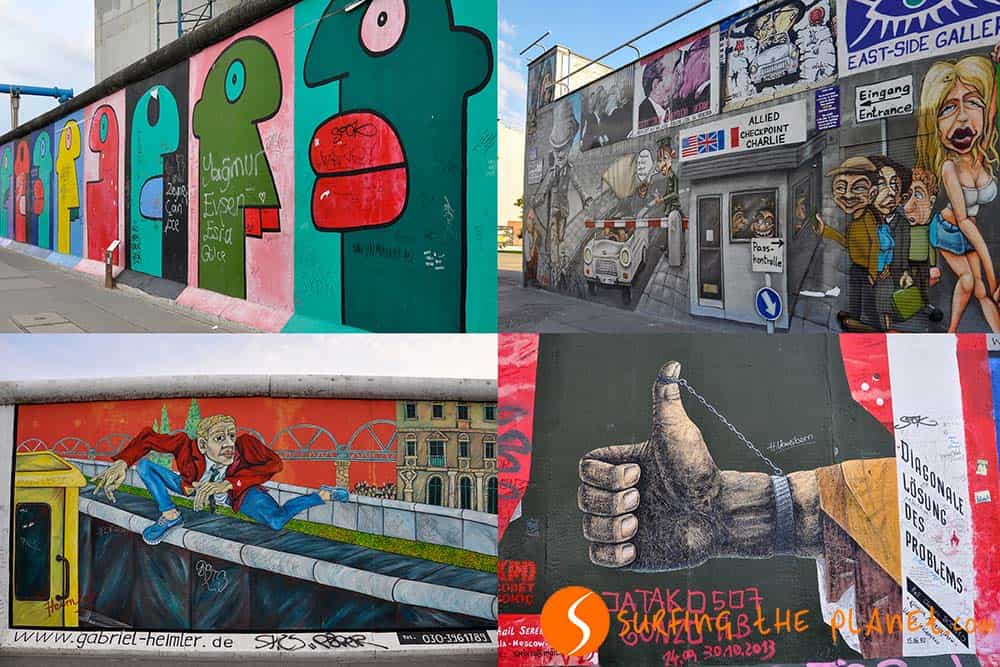 We really admire the “Berliner” (the inhabitants of Berlin) for their capacity of transforming the symbol of the sad history of the city to this spectacular artwork!

Want to read more about this city? Check out here some of the best attractions in Berlin.

– ZZZ… BOOK YOUR HOTEL IN BERLIN – find the best hotel for you.

– BRUM BRUM… RENT A CHEAP CAR FOR YOUR TRIP TO BERLIN – find the best car for you.