Do you like riding a bike, but you don’t know where to find accommodation that cares about your bicycle? Are you tired of taking your bike to your room, because there is no other place in the hotel where they can keep it safe? Are you worried about what happens if you need spare parts to fix your bicycle?

If you travel around Spain, you don’t have to worry about these things anymore, Bikefriendly takes care of everything!!

Bikefriendly is a seal of quality for the tourist traveling by bicycle.  All the hotels and hostels (there are already more than 90 of them in Spain) that carry this guarantee seal of Bikefriendly have to fulfill some minimum quality requirements:
– providing a room where the bikes can be kept safe (all bicycles have their own space)
– having spare parts and accessories
– having a small garage with tools
– providing an area for cleaning the bikes
– giving information about the roads and bicycle routes in the zone (with the grade of difficulty included)
– organizing transport between hotels
All this for that tourists traveling by bike can have a pleasant stay without being worried about their bicycles. 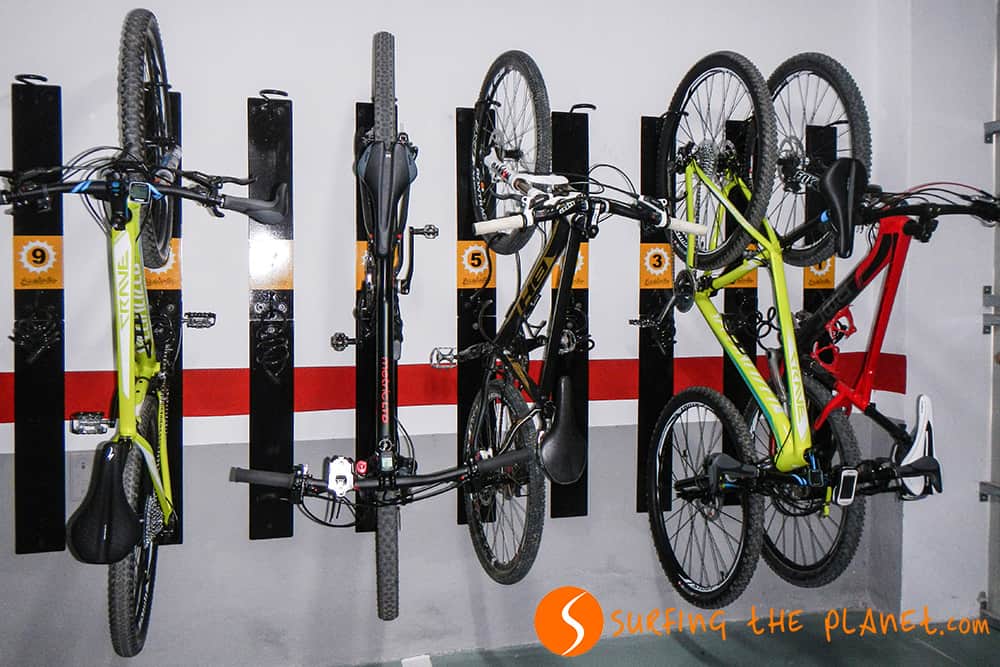 You might already know that before recommending something, we like trying it. Last weekend we had the possibility of knowing this innovative idea and evaluating it based on our personal experience.

In Gandia, Valencia, we had the pleasure to enjoy a weekend on two wheels, while we stayed in one of the Bikefriendly Special Seven hotels. The hotels that belong to the circuit of Bikefriendly have 4 different levels, hence independently from your budget, you will find a Bikefriendly accommodation that fits yours.

If you travel in your own bike, you can get the most out of what these hotels can offer you, and the basic services we mentioned above (apart from the transport between accommodations) have no additional cost. If you don’t have your own bicycle, Bikefriendly will help you rent one, while they give you all kinds of information about routes and their difficulty.

It was a weekend of loads of fun. The seaside town of Gandia and its beautiful surroundings offer many different routes of different difficulties. On Saturday we did a 30 km route, and we don’t have to say that fear appeared in many of our journalist friends’ face when we were told about the length of the route, the night before. In the end, it was much easier than expected, the weather was nice and sunny, and we enjoyed really the company of the people we met in this press trip. The itinerary followed the beautiful esplanade of Gandia, and after a short urban part, we continued pedaling in a rural area between orange tree plantations. 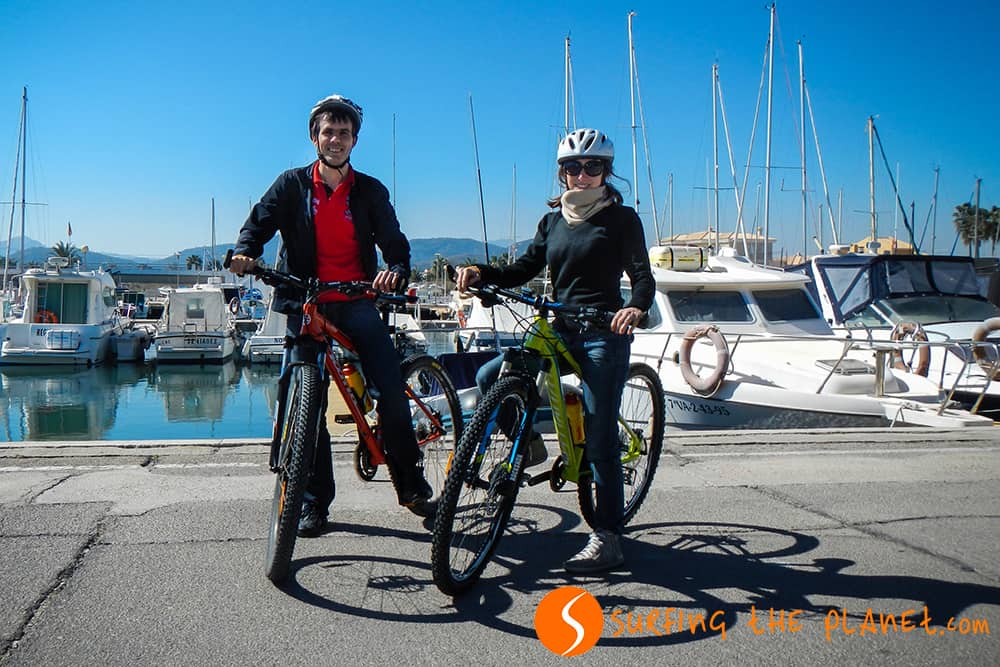 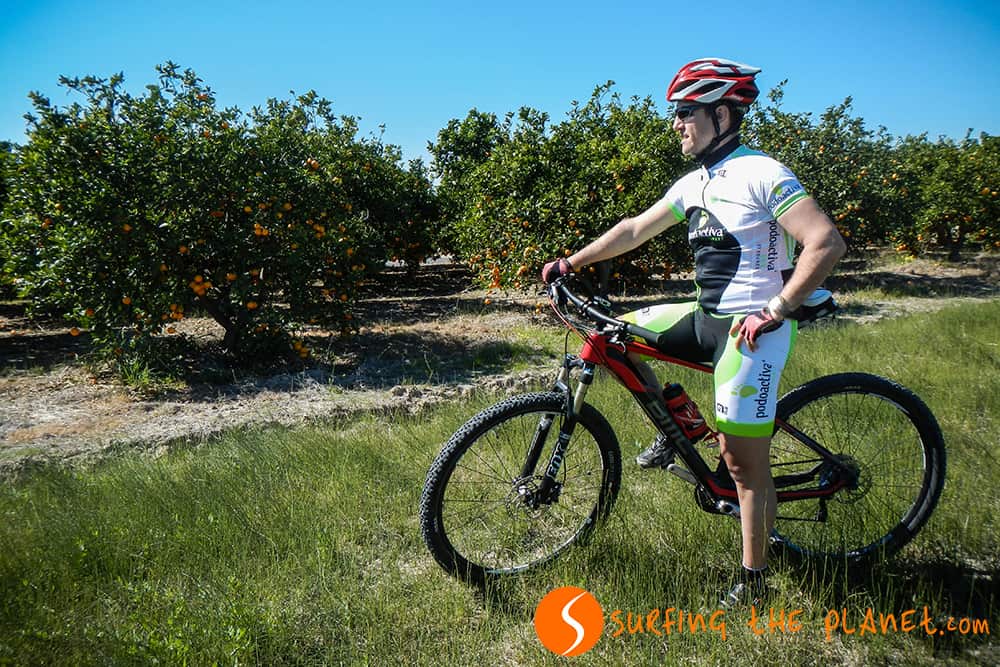 In a typical Spanish way, we stopped during the route to enjoy a glass of beer on the esplanade accompanied by some interesting conversations. In the afternoon, we enjoyed the facilities of the Special Seven hotel of Bikefriendly, the RH Bayren. 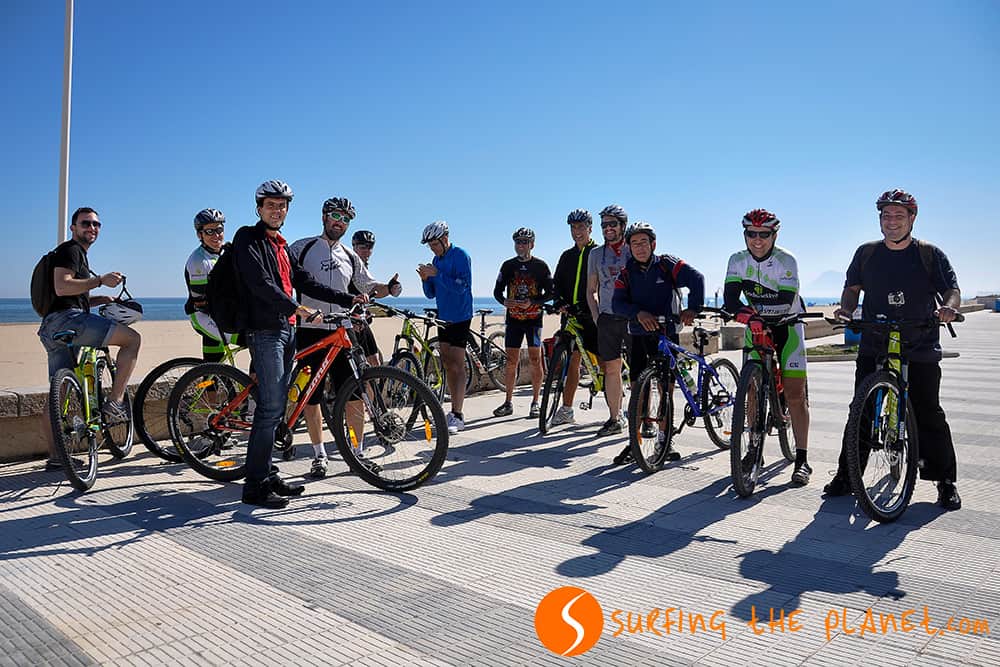 On Sunday we tried electric bicycles provided by Moustache Bikes and Go Cycle. You can ride these bikes without the sweating too much, that’s for sure. 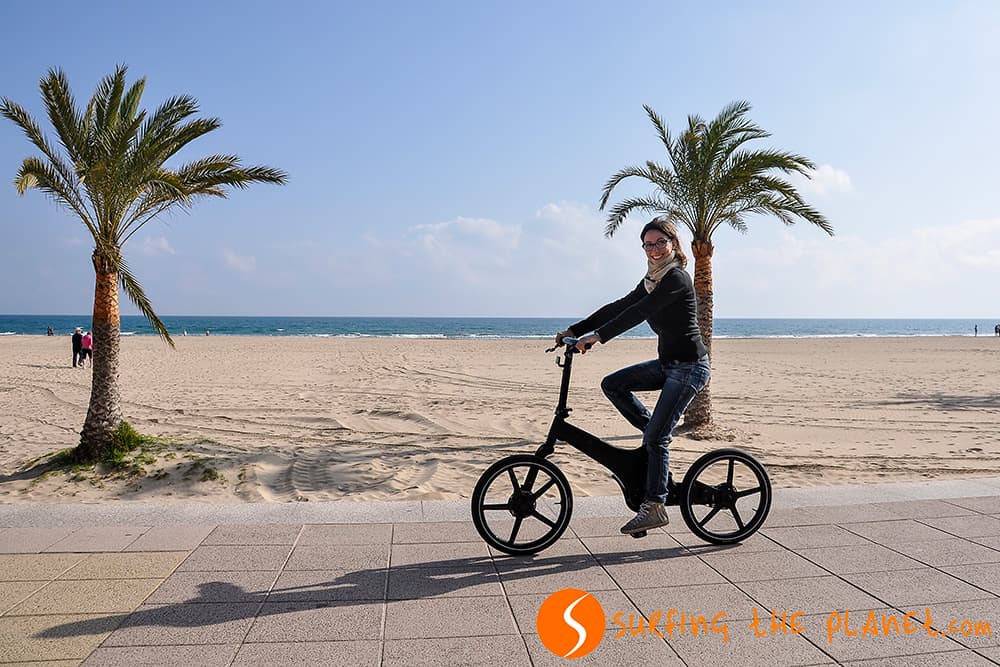 After that, Gábor who was really eager for some more physical effort, went for a ride in the mountains with a small group (with Sergio Pérez, a former pro-cyclist and once Vuelta de España runner included). Although there was some serious climbing included in the route, riding these amazing bikes provided by Bikefriendly, we overcame the difficulties without any problem. 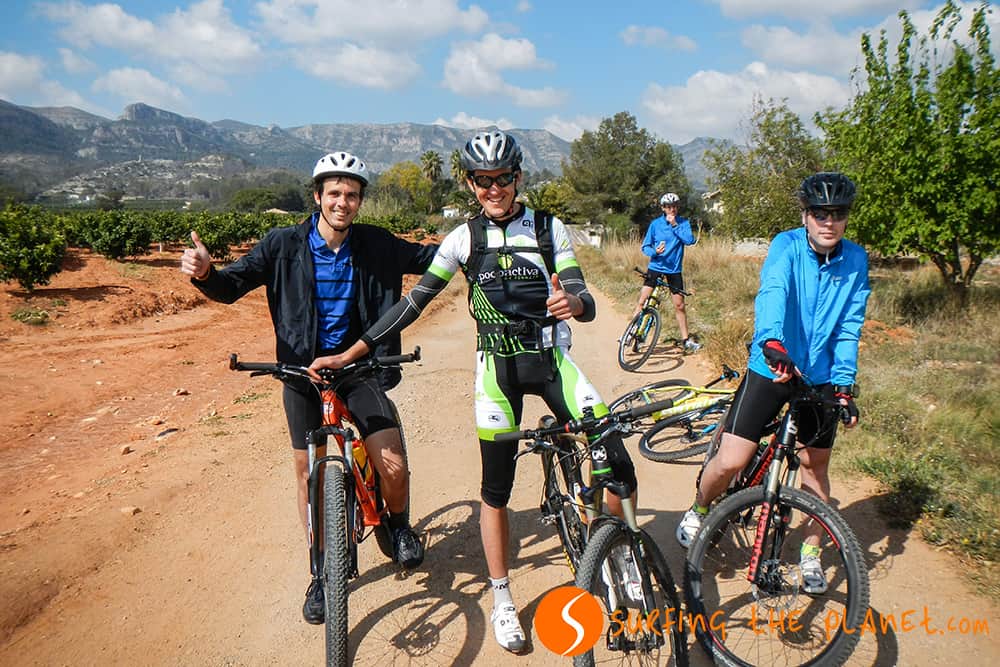 On the other hand, Rachele couldn’t resist the temptation of riding these electric bikes instead of making more effort, so she joined the group that visited the center of Gandia. 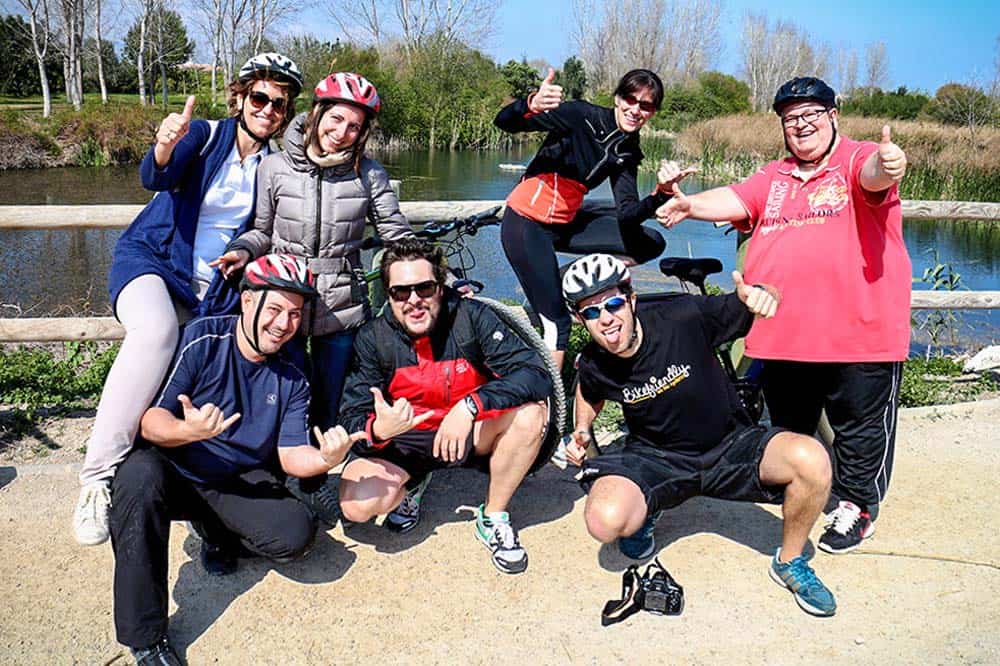 We really loved these bike excursions and we seriously consider this as a new alternative for us to travel around in the near future. We would like to thank Bikefriendly for showing us this new and very entertaining way of traveling!