Home » Blog » Viajar a Europa » Viajar a España » The Poblenou Cemetery, a hidden beauty in Barcelona

When we travel to city like Barcelona, a cemetery is probably not on the top of our list of the places we most desire to have a walk in. There are cemeteries in the world that have gained some fame and interest from travelers because of famous people buried in them, the best examples are the Pere Lachaise Cemetery in Paris (this is where Marie Curie, Voltaire or Jim Morrison are buried among others) or La Recoleta Cemetery in Buenos Aires which most people visit to see the tomb of Eva Perón, better known as Evita.

However, there are many other cemeteries which are just like an open-air museum and it is really worth dedicating some time to them. We present the Poblenou Cemetery in Barcelona, which was opened in the 18th century. The cemetery hasn’t had an “easy life”, as it was destroyed by Napoleon’s army and existed in the ignorance of the city, especially since the opening of the Montjuïc Cemetery. Recently things start to change and in 2004 a route of cemeteries was created, which include this hidden gem of the city as well. 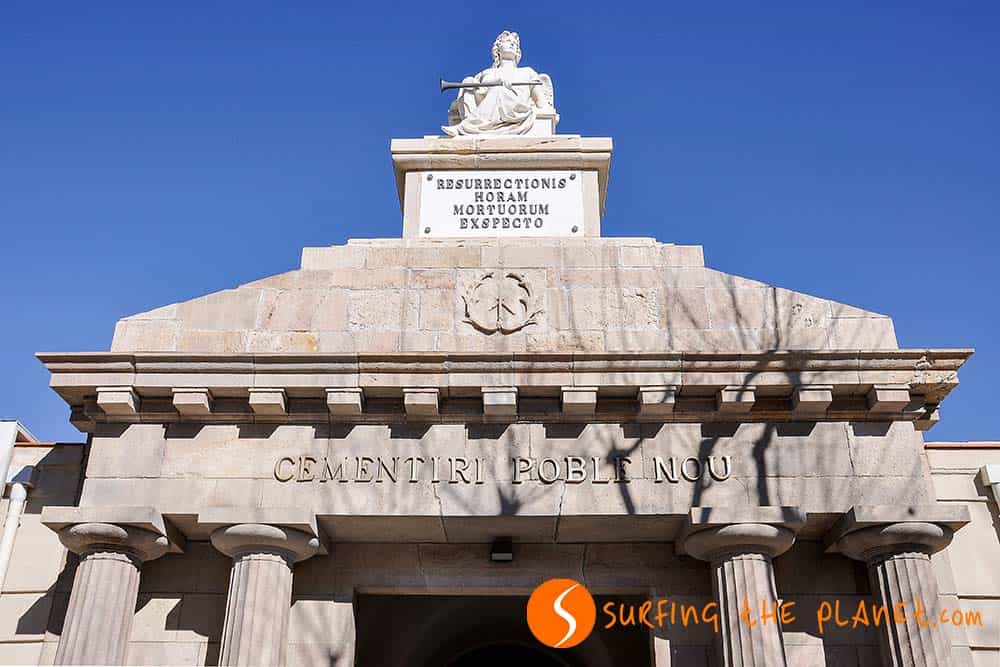 The actual structure of the Poblenou Cemetery was designed by Ginesi, an Italian architect in the 1800s, and the cemetery of Pisa served as model for the construction. The cemetery has two main parts, and the section closer to the entrance is a complex with thousands of burial niches. 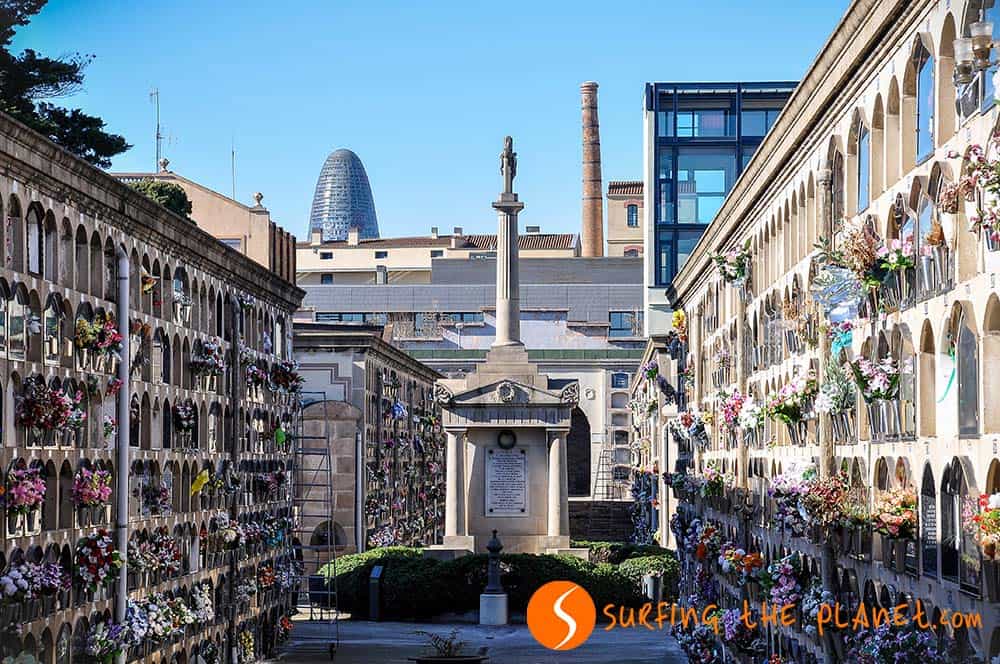 If we head to the part in the back of the Poblenou Cemetery, we will find individual crypts and mausolea where many of the most important members of the Catalan bourgeoisie are buried. The long list of people (whose presence was important in the evolution of the city and are buried here) includes among others the manufacturer family Bonaplata, Narcís Monturiol the famous engineer, the politician Valentí Almirall or the novelist Narcís Oller. 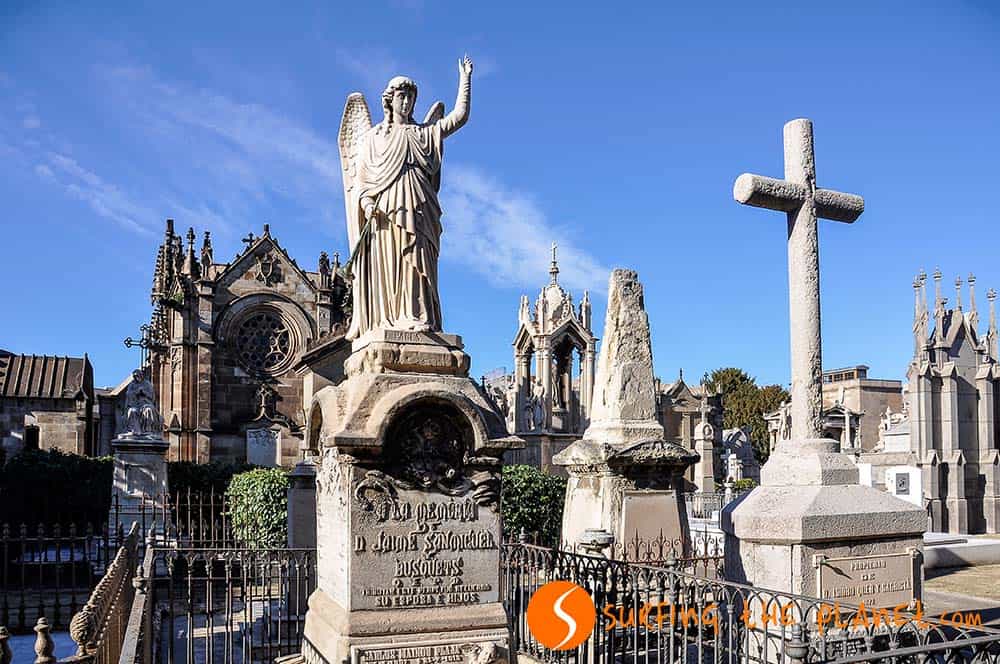 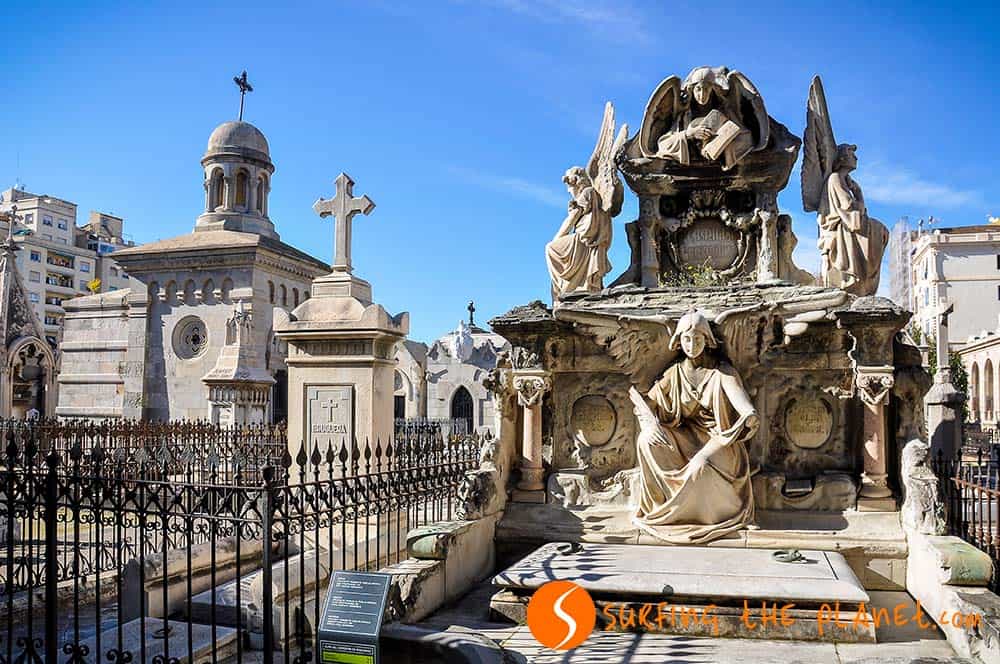 Where the ordinary niches are found, several heroes of the common people in Barcelona are buried. Some of them lost their lives helping others, when the city faced major epidemics, while others fought and died for the freedom of the city. The most famous of these characters is Francesc Canals Ambrós, “el Santet” (which means little saint). This boy coming from a poor family was well known for his goodwill and grace during his life, and became a religiously adored person, when he died so young, being only 22. His tomb is still frequently visited by locals who leave him presents to express their devotion. 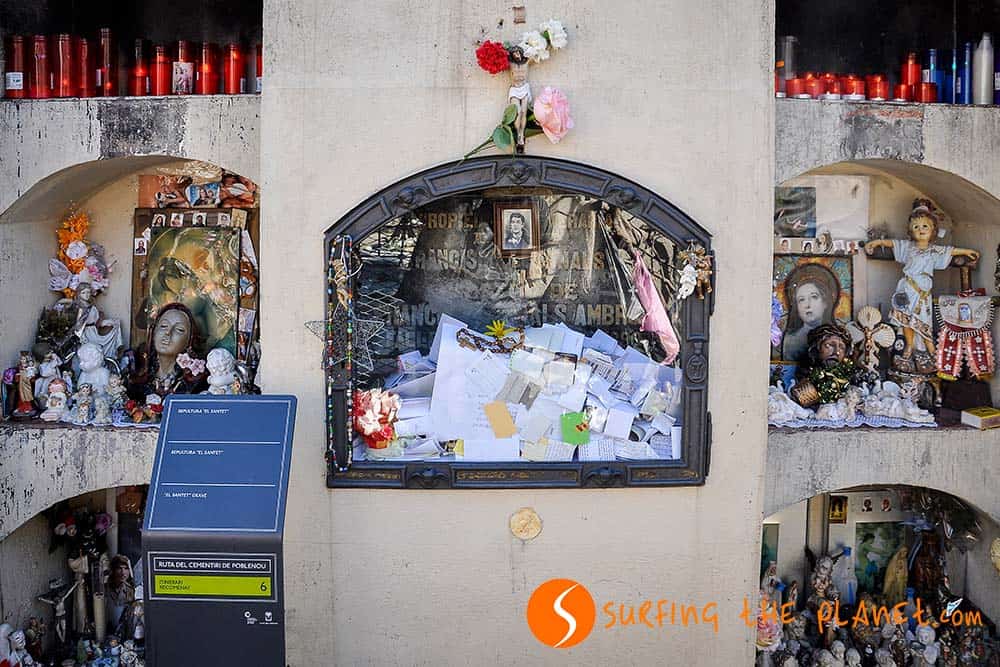 At the entrance of the Poblenou Cemetery we can take a map with us, which shows us the most important tombs, individual monuments and crypts. The walk takes more or less an hour, and we will see that many of these crypts are really a small piece of art, some of them not even that small. 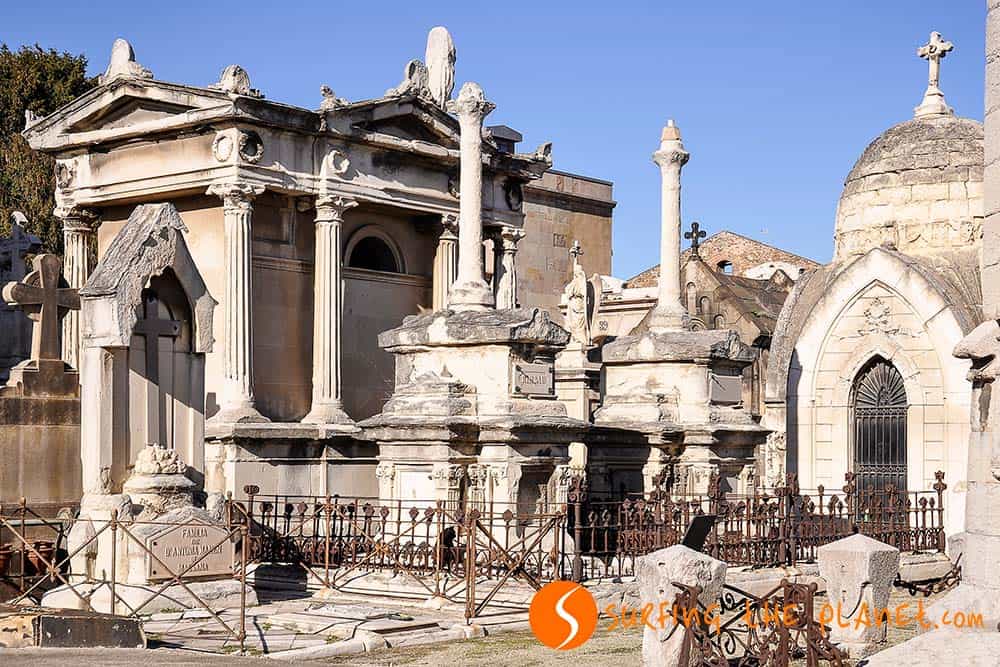 The itinerary finishes at a peculiar statue called “The Kiss of Death” created by Jaume Barba, which we found impressive.  A winged skeleton kisses a young person’s face, a really powerful depiction of death. 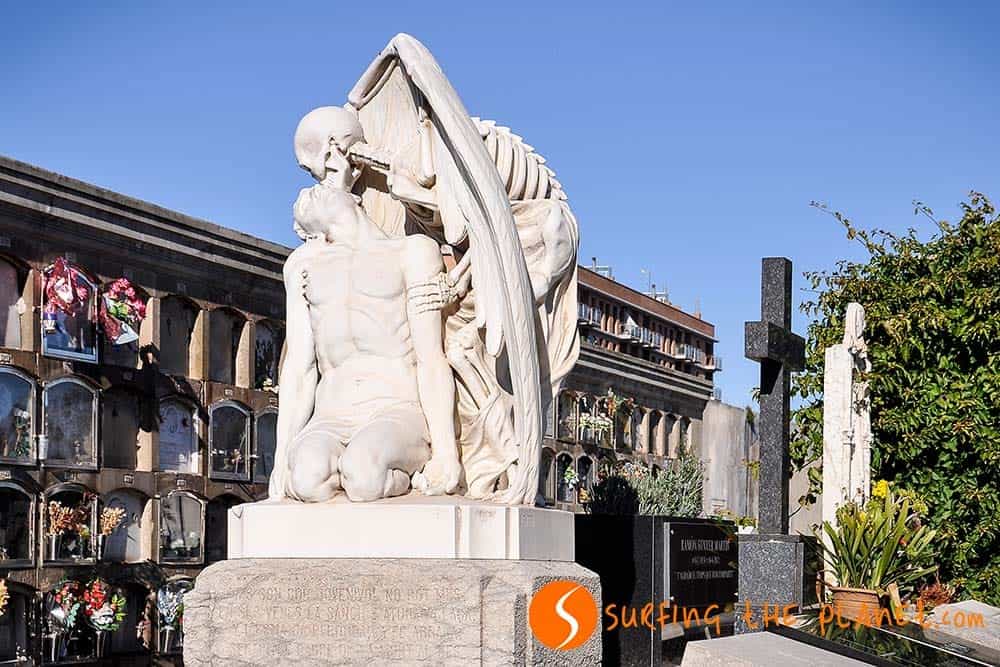 We find that the Cemetery of Poblenou deserves an hour in our trip to Barcelona. It is really close to the beach, so after the cultural experience we can head out to the beach to enjoy the sunshine.