Chile is probably the most European-like country in Latin America, and although there are certain differences between regions, it is also the most developed country there. When you look at the map, you will see that Chile has a very narrow shape. Nevertheless, since it is also very long in North-South direction, there are many different climate zones, and hence different types of landscapes in Chile.

Just as in the case of traveling to Argentina, you also have to plan your trip well, when you travel to Chile. The reason is that you will cover huge distances, and improvising can cost you a lot of extra money. In order to make the organization of your travel to Chile on a budget easier, we have prepared this short guide based on our travel experiences in this fascinating country.

How to organize your trip Chile

Chile can be traveled through from North to South, and just like in other South American countries, you will have to put together everything on your own, since in hostels or hotels they don’t help you with the organization of your trip (this is not Southeast Asia). If you travel to Chile on a budget, your transport will be the bus most of the time, and quite often you will spend many hours on these buses. Flying is too expensive for budget travelers, although some people fly from Santiago to the Atacama Desert or to Patagonia to avoid the very long bus ride. We haven’t caught any planes in Chile, but we also visited this country together with Argentina, and hence we crossed the border between the two countries several times. Actually, we caught a flight to Easter Island, which also belongs to Chile (it’s hard to think about that island as Chile), and of course there’s no another reasonable way to get there.

When to go to Chile

If you plan to travel to Chile, you have to consider that the only time of the year when you can really enjoy the wonders of the Chilean Patagonia is during the Summer months, between December and the beginning of March. You will still find cold and quite unpredictable weather, and many times you will enjoy the four seasons on the same day. In this part of Chile, especially if you plan to hike in the Torres del Paine National park, it’s very important to pack for all possible weather conditions.

You can visit the central region of Chile (Santiago de Chile and its surroundings) during the whole year. In summer the weather will be more pleasant, but we spent there some time in winter, and the weather was OK.

In the North, the climate in the Atacama Desert does not vary too much throughout the year. The weather is quite warm during the day, and it becomes cool at night. Don’t expect any rain in this area, since in some parts it never rains for years.

Since it is the most developed country in South America, there is not any vaccine that should be taken before traveling to Chile. Tap water is not drinkable everywhere, but it’s better to ask information about that.
Just as in the case of other countries, the best you can do is to ask for information in a travel clinic in your country, where they will provide you with all the necessary information.

Although it is not very probable to have any serious health problems when you travel to Chile, it is always important to you have a good travel insurance to avoid unexpected costs. 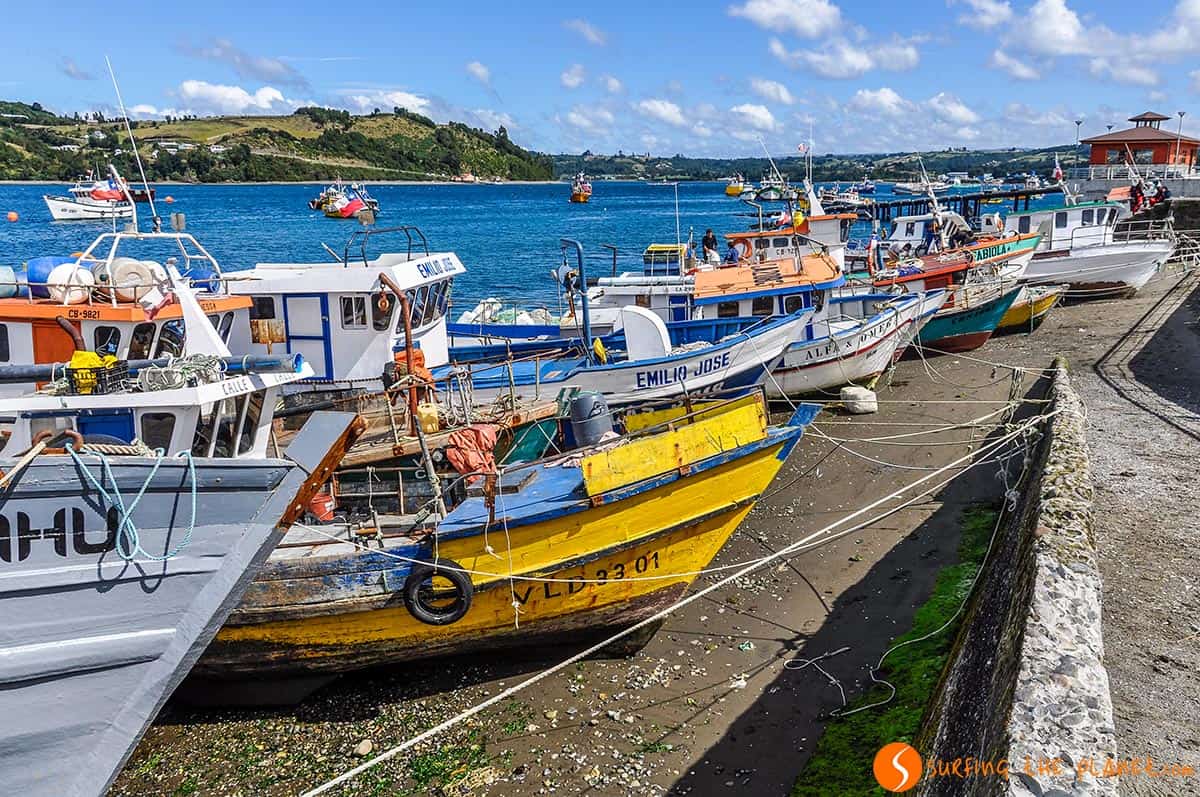 Similarly to Argentina, Spanish and most Western citizens can travel to Chile without the necessity of having a Visa. You only need your passport to be valid for 3 months at least, and if you fill in the immigration form, your passport will be stamped without any fee. According to official information, it’s possible that they ask you to demonstrate that you have a ticket certifying that you leave the country or that you have enough money to cover your travel expenses (it never happened to us).

When you travel to Chile, it’s highly unlikely that you have any problem at the passport control, nevertheless customs officers are very strict, especially if you plan to enter on land from Argentina or even more if you come from Bolivia. They try to protect themselves from contaminated food; bacteria and fungi coming in with agricultural products. On the Bolivian border they do quite thorough control to avoid drug smuggling. In any case, be patient, since in most Chilean land borders you will wait for some time.

Costs of your travel to Chile

Chile is the most developed country in South America, and it is also one of the most expensive. The prices are similar to what you can find in Europe, and in many cases the price we found was significantly higher than what we pay for the same thing in Spain. Nevertheless, it was still easier for us to travel in Chile on a budget, than in Argentina. The transport and accommodation have similar prices in both countries, but in Chile it is easier to have a decent meal for the same money. They have set meals in local restaurants, which are usually cheap and good at the same time. In Chile you can also find fish and seafood for relatively little money, and then there are empanadas and sandwiches as lifesavers just like in Argentina (although these are better in the neighboring country).

Apart from some places relatively far from the civilization, in all accommodations in Chile and in most restaurants you can have free Wi-Fi, so you won’t have problems of connection.

Just as in the most of South America, the official language in Chile is Spanish with some typical vocabulary and accent, certainly. Chilean people talk quite quickly between each other and they use a lot of colloquial forms, which makes it more difficult to understand them at first. As in South America in general, English is not well spoken in Chile, either. We recommend you to take a basic Spanish course before you travel to Chile.

The local currency in Chile is the Chilean peso, which is relatively stable. At the moment 1 euro is around 700 pesos. On xe.com you can find the current exchange rate.

Chile is the safest country in Latin America, and in fact we haven’t seen and haven’t heard about any violent actions while we were traveling there. They say that in certain neighborhoods of the capital, thefts are quite common, but where we moved around, Chile seemed to be a very safe and calm country.
As a matter of fact, when you travel to Chile, you have to be much more worried about natural elements than people. Earthquakes are quite frequent in Chile and every few years happens quite a big one.  In addition, since the country has a long Pacific coast, earthquakes are usually followed by tsunamis, which have caused a lot of damage during the country’s history. Chile is also full of active volcanoes, which erupt every now and then, covering the surroundings with ash. When we traveled around Chile, in many places we saw signs that showed the evacuation route in the case of a natural disaster.

Where to sleep in Chile

In Chile there’s a wide selection of accommodation in the majority of touristic destinations. There’s no need to book your accommodation in advanced, apart from the first days of your trip.

In Santiago de Chile it’s better to book your hostel, since this city is too big for walking around with your backpack looking for accommodation. We recommend you to find a place close to one of the metro stations, hence you will find it easier to move around. 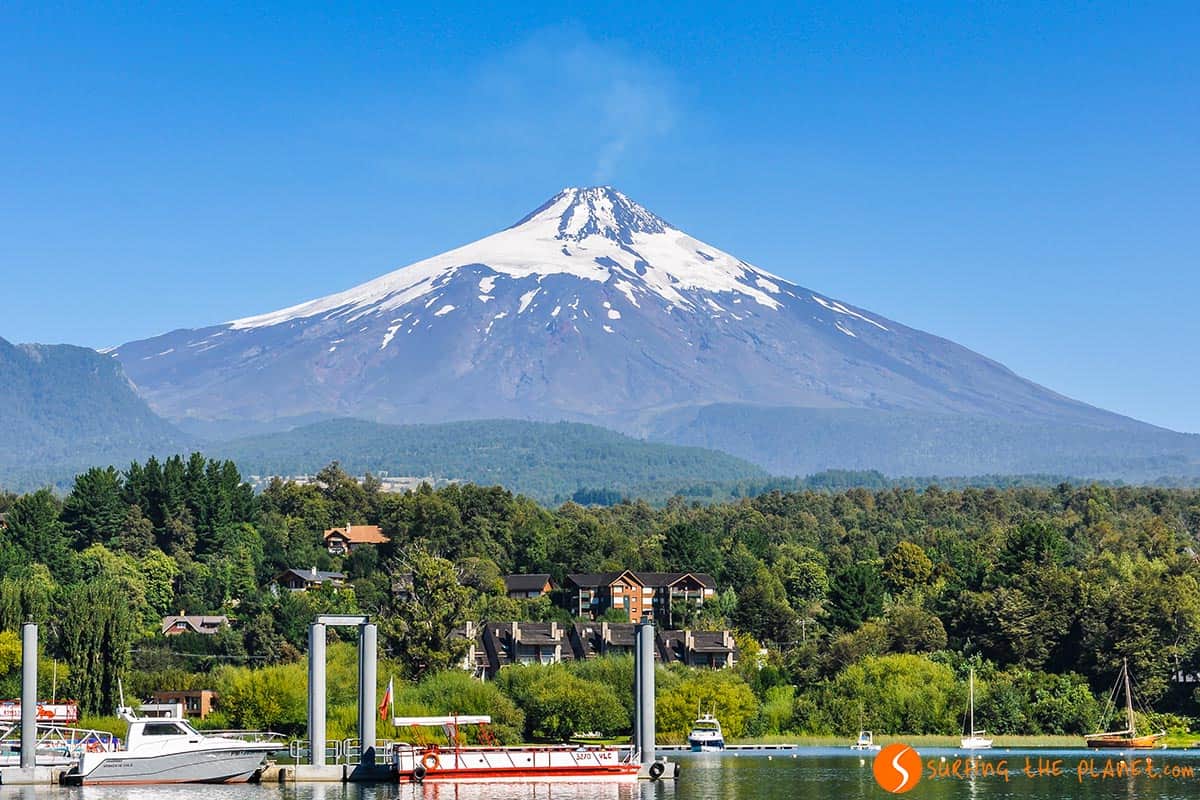 How to get around in Chile

Car
If you plan to explore Chile, renting a car is a great option. It gives you the maximum liberty to move between the different areas.

Buses
The only budget form of traveling in Chile is by bus. Even this way you will spend a lot of money on transport, since bus tickets are not cheap at all, and distances to cover are huge, especially in Patagonia or between Santiago and the Atacama Desert. At least, these buses are quite comfortable, and they usually offer you some hot beverages and biscuits on board.

Flights
It’s not a viable alternative for those who travel to Chile on a budget, since there are no low cost companies in the country. As we heard from our Chilean friends, traveling for fun is an activity considered to be luxury, and prices are adjusted to that.

Where and what to eat in Chile

In Chile, apart from the 3 day trekking we did in the Torres del Paine National Park, we were not restricted to eating only sandwiches, empanadas or food bought in the supermarket. Even in the touristic areas, we were able to find local restaurants that offered cheap and good lunch deals with “cazuela de vacuno” (typical Chilean meat soup) and other simple, but tasty dishes. At a certain point during your travel to Chile, we recommend you to try “chorrillana”, a very unhealthy, but delicious dish with meat, eggs, onions and French fries. In Chile you will find fish and seafood at a reasonable price, and in some markets you can eat great seafood for little money.

Budget for your travel to Chile

In Chile we spent around 30 euros a day per person, including accommodation, transport, food and other activities. Nevertheless, we have to mention that many times we were hosted by friends and we used Couchsurfing a lot. This helped us to reduce costs and also to get to know places through the eyes of local people. We always looked for the cheapest hostels, we always traveled in Chile by bus, and ate in cheap local restaurants that offered set lunches or we bought fried empanadas and food in the supermarket.

When you travel to Chile, you will see that Chilean people are very friendly and you will find it quite easy to make friends, and it won’t be a surprise if you end up in a local festivity. We met several lovely Chilean people, and we are still in contact with some of them after years.
Chilean bakery products are varied and tasty (German influence). Don’t forget to taste fish soup somewhere in Chile.
Chilean people seemingly don’t get on well with their Argentinean neighbors, although this seemed to be more like a joke than a serious confrontation in most cases
We hope that you found this brief guide helpful to organize your travel to Chile.

Looking for some good tips for a South American trip that also includes Chile? Check out this 30-day backpacking itinerary in South America.

– ZZZ… BOOK YOUR HOTEL IN CHILE – find the best hotel for you.

– WOW… EXCURSIONS, CHEAP GUIDED TOURS in CHILE and TICKETS SKIPPING THE LINE – book your tours, excursions and visits and save time skipping the line. 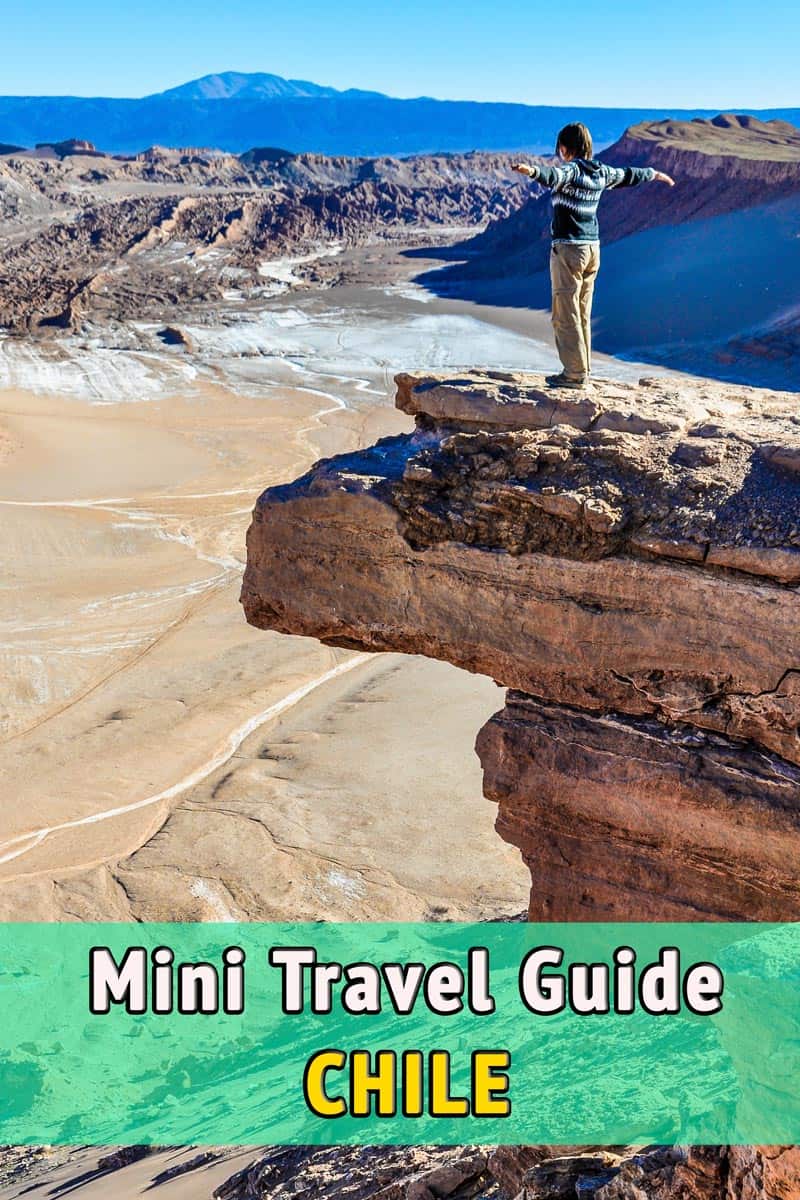