We wanted to travel to Provence during the blooming season of the lavender for a long time, and although we visited Provence several times in the last few years, we didn’t have the chance to go there in summer till last year. Nevertheless, it was worth waiting, since the weekend getaway during which we visited the lavender fields in Provence was one of the most romantic trips we have ever taken. 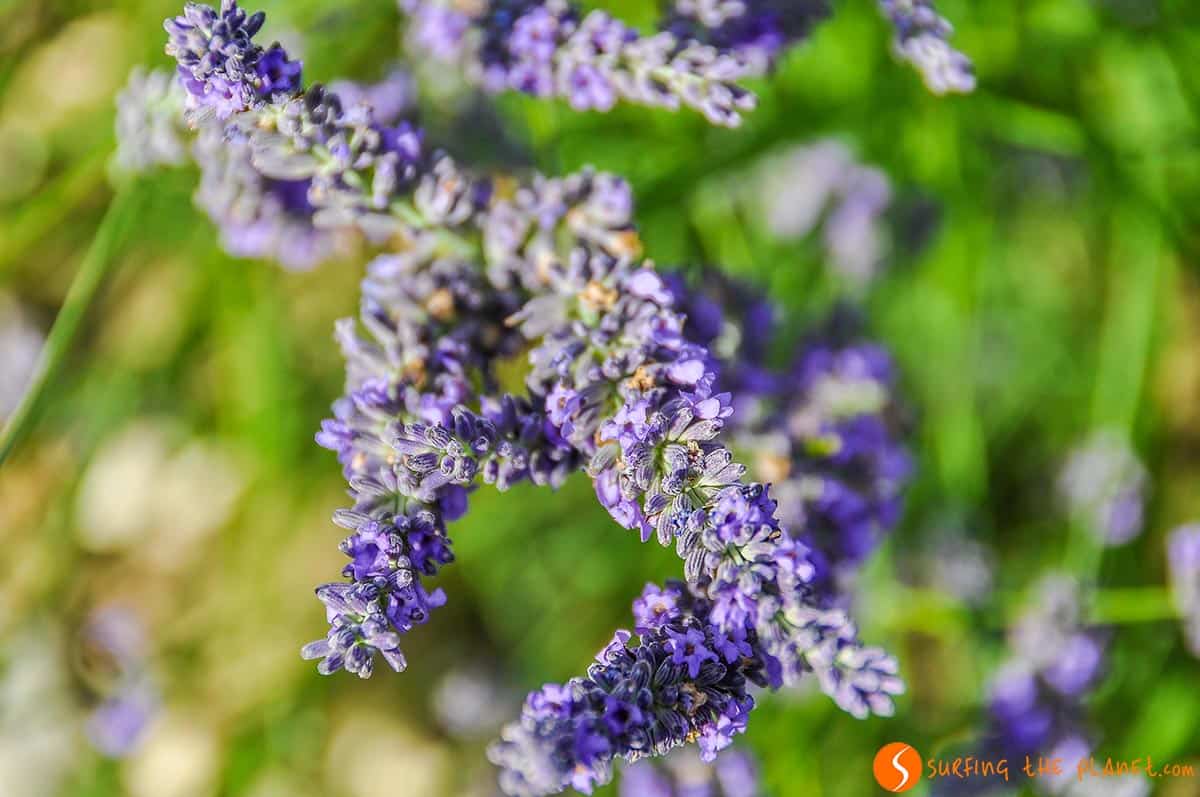 The blooming season of the lavender starts in the middle of June and finish in the middle of August. However, not all lavender fields in Provence bloom at the same time, hence we recommend you to check whether the fields are really blooming in the area you are going to visit. The best tool for that is this little map below, in which you can see the estimated blooming periods for different lavender fields. This will be very useful for you to plan your travel to Provence during the lavender season. There are 6 itineraries in the map, which helps you get to see as many lavender fields as possible. You can also contact tourist offices in the area that can give you up-to-date information. This way you will not lose time visiting lavender fields where flowers are not in bloom yet or where they have already been harvested. 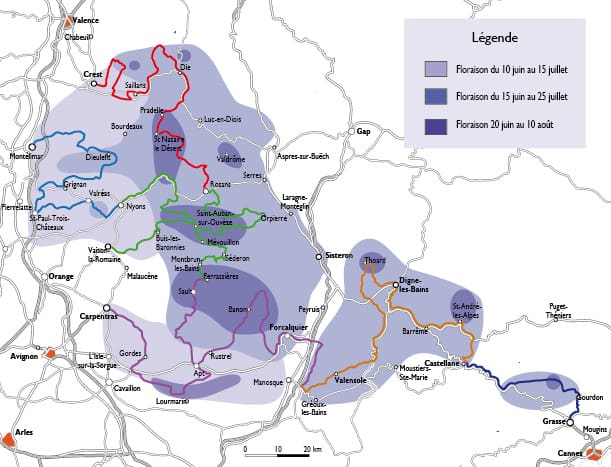 We visited Provence at the end of June, and although lavender was not completely in bloom in all the fields we visited, we were amazed by the beautiful vivid color and enjoyed the scent of the flowers. We show you herein the route we did at the June to give you some suggestions if you plan to visit Provence in the lavender season.

We started our itinerary from St-Maime, where we spent the previous night and we continued towards Saint-Michel-de-l’Observatoire. In this zone we stopped a few times to enjoy the view of some beautiful lavender fields in very nice surroundings with an old windmill as a background. 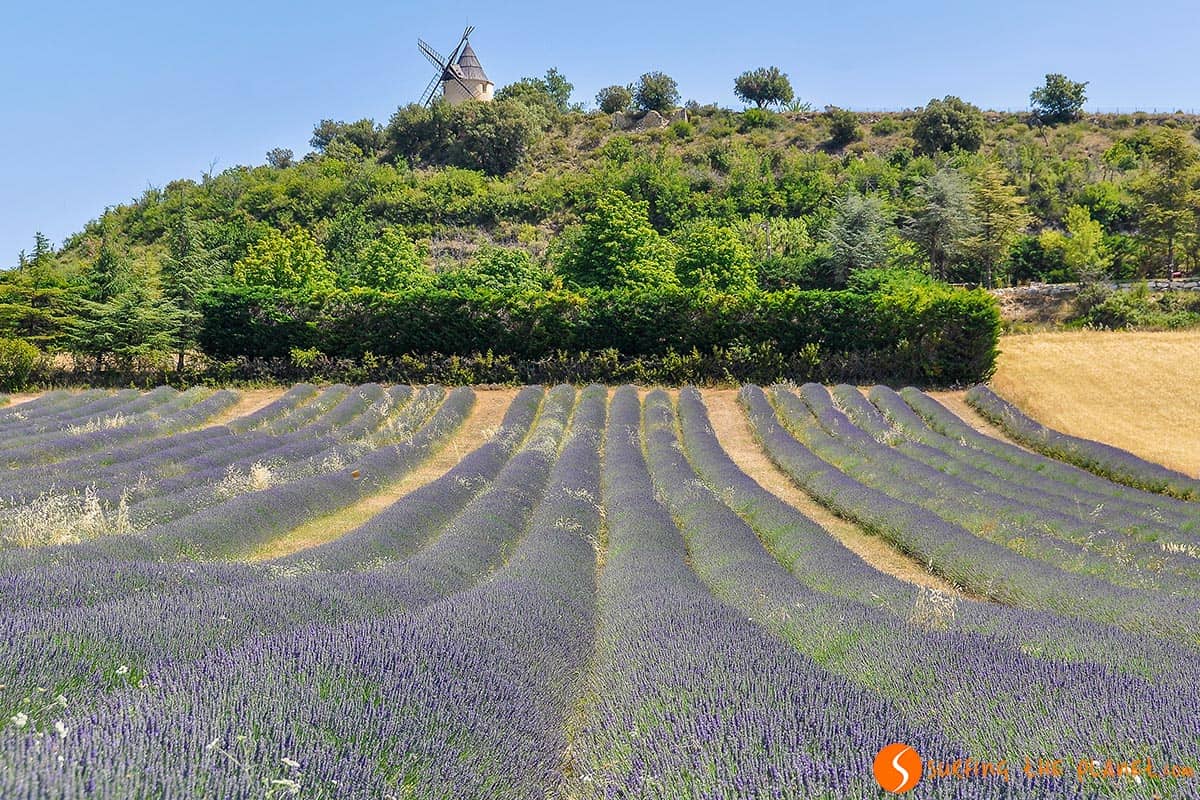 We continued our route to Sault, which is quite higher in altitude, hence lavender blooms much later. Nevertheless, we still wanted to enjoy the panoramic views of the fields from above. Sault itself or Banon, which we crossed on our way, are picturesque French villages, and in general you can find an endless number of beautiful villages in Provence.

Apart from the lavender fields, the main attractions of the Provence are its beautiful villages, the lovely beaches of the Cote d’Azur and the gastronomy of the region. Some of the best guided tours you can consider in the area are:
Perched Villages & Countryside Tour of Provence
Gastronomic tour of Provence
Aix-en-Provence, Cassis and Marseille Day Tour


In one of our stops we ate a couple of delicious croissants and continued towards Apt on our way to Bonnieux and Lourmarin, two villages we hadn’t visited previously in the region. Close to Apt we found a lavender field that we liked so much we spent an hour there, having a picnic lunch. We ate baguette with French paté, one of our favorite things to do when we travel to Provence. In this field the flower rows were not so close to each other and it was easier to walk between them without the risk of being stung by thousands of bees. 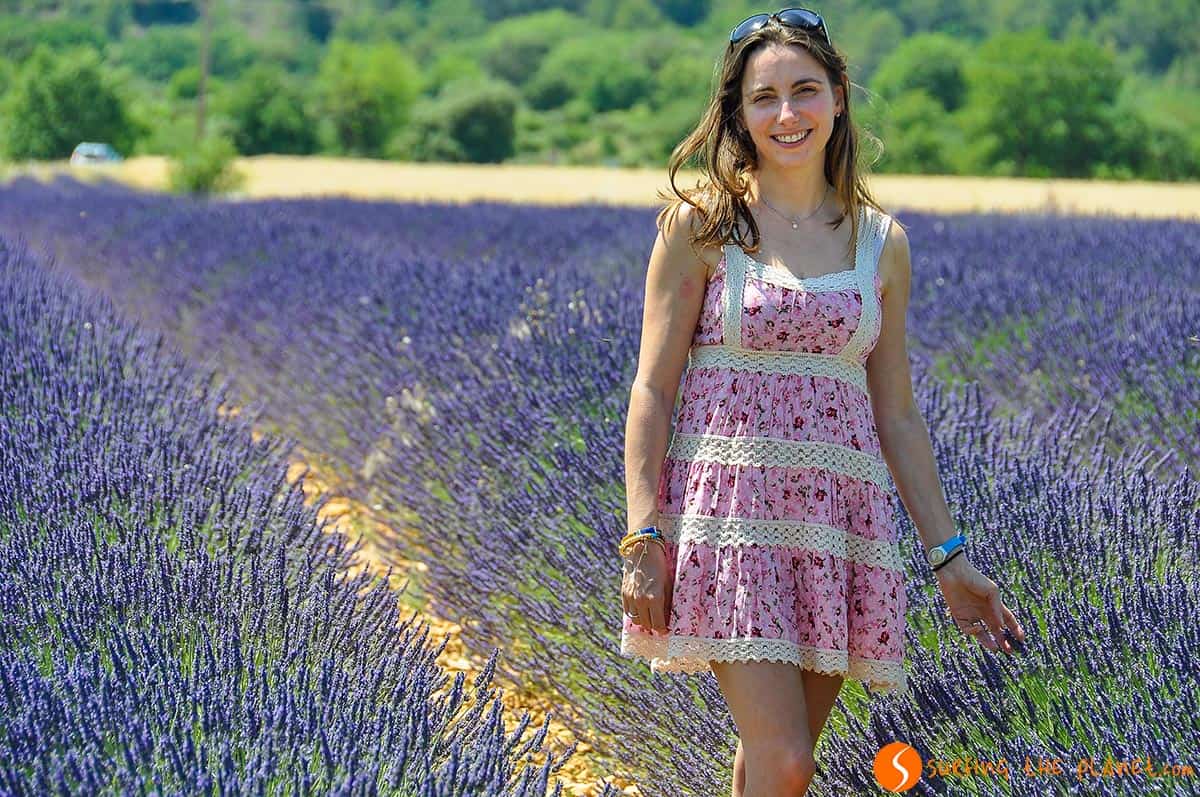 We arrived at the end of the day in Noves, a small village close to Saint-Rémy de Provence, where we usually stay in the B&B La Souste de Jean. The owner of the house Gisèle already treats us, as if we were her children.

After a nice relaxing night, we woke up for the marvelous breakfast prepared by Gisèle with French bread and home-made jam (made by herself). Quite early in the morning we were already on our way to Grignan. This village was recommended to us by Gisèle who called the tourist office in the morning to get some information about the most beautiful lavender fields at that moment.

On our way towards Grignan, we made a stop in the outskirts of Châteaurenard, where we found a beautiful lavender field, which was not very large, but the lavender was blooming and the scent was so intense that made us feel ourself in a real wonderland. 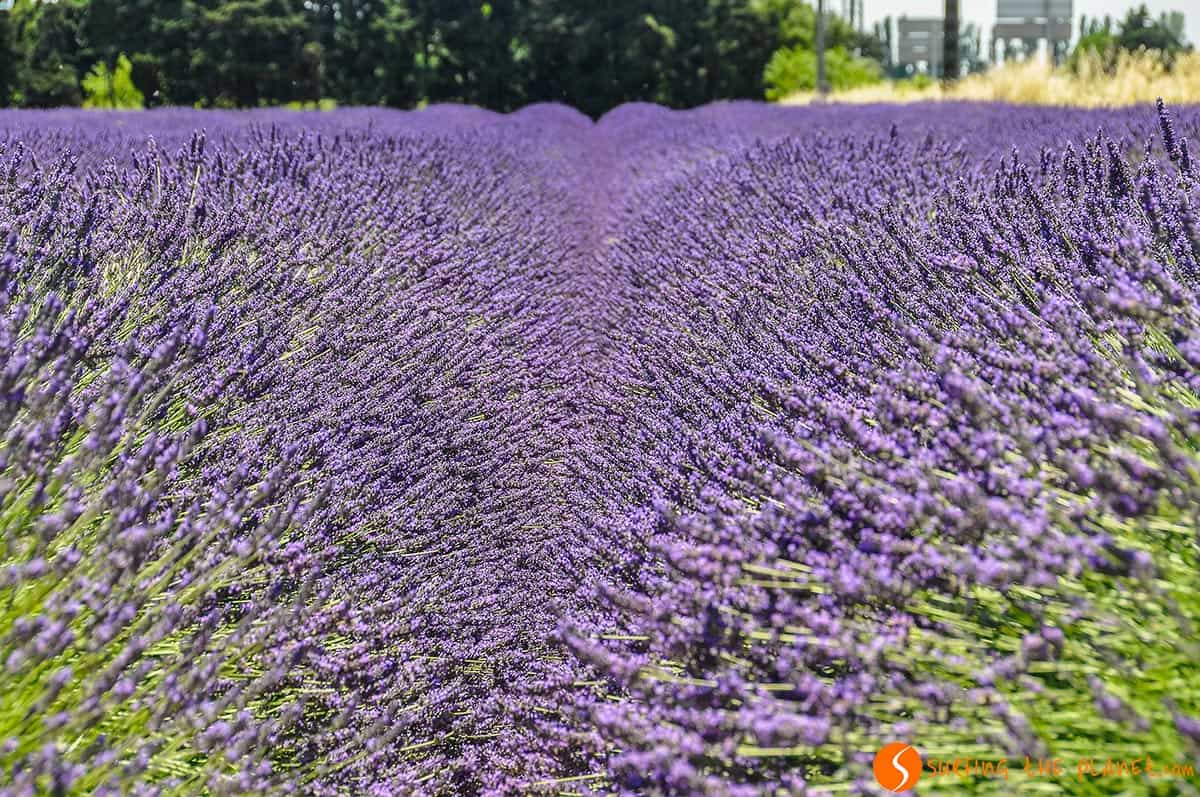 When Gábor was able to get me out of the lavender field, we continued our trip towards Grignan, and after leaving the main road, we entered on a road which we could simply call lavender paradise. There were dozens of beautiful blooming lavender fields there and we stopped every 5 minutes to enjoy this purple colored heaven. 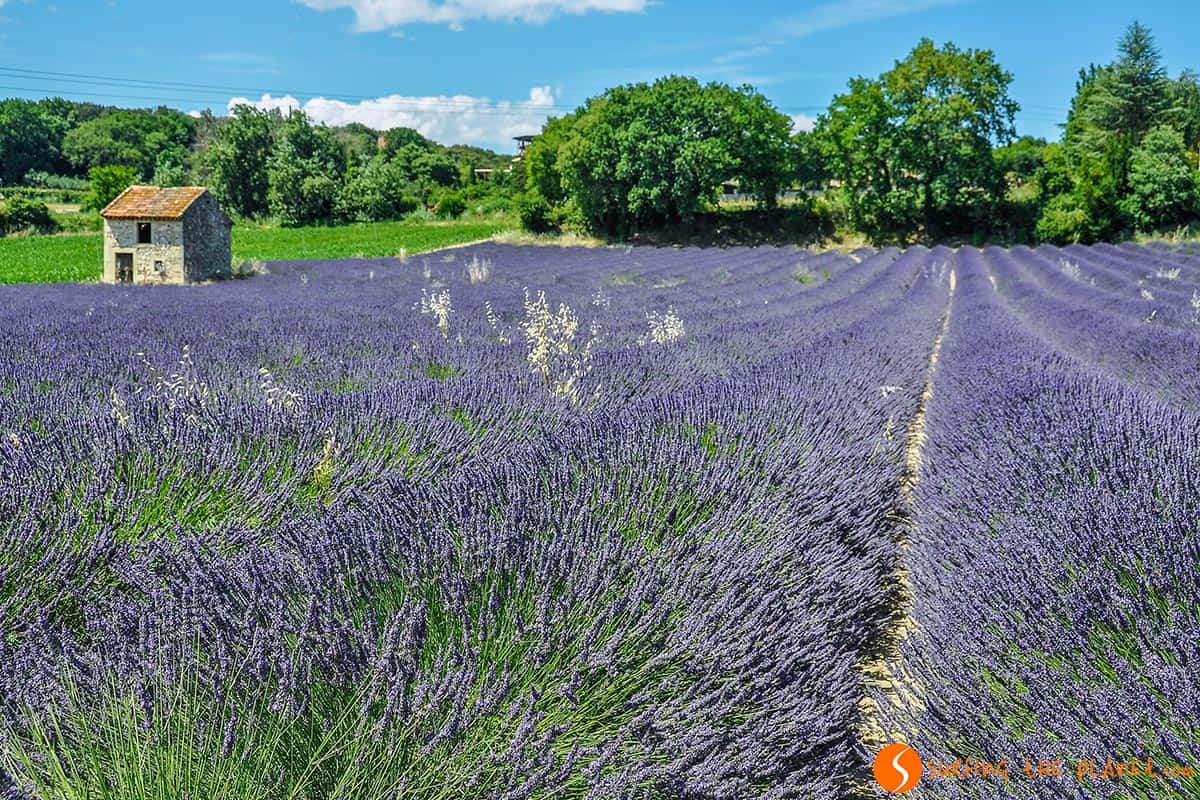 We found there all kinds of fields, smaller and larger ones, flat ones, fields in small hills and we found some really immense ones. In one of these we stopped to eat our baguette with camembert cheese, which seemed to get soaked in the aroma of lavender. 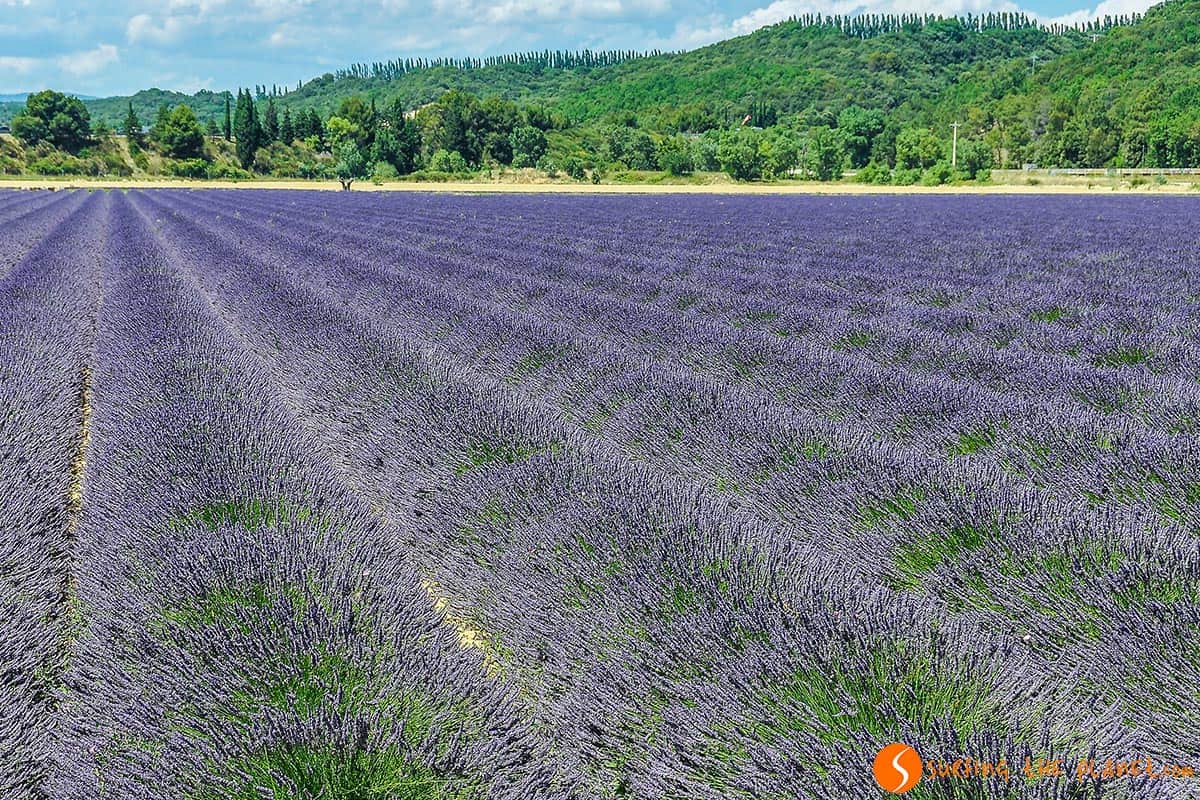 Even now when I write this post, I almost feel the scent of this lavender field. After arriving in Grignan, we continued towards the small village of Salles-sous-bois, where we also found lots of blooming lavender fields. 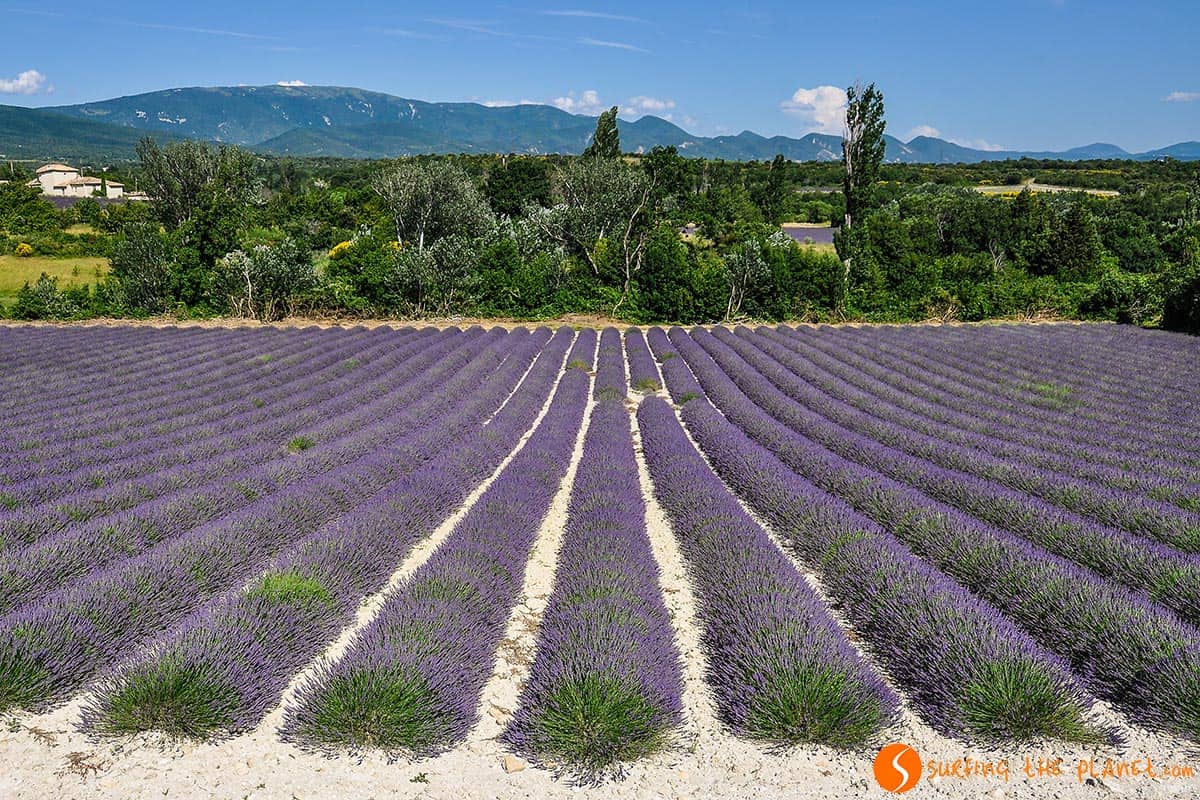 However, the most impressive, most fascinating and most immense lavender fields we found on the route towards the Abbey of Notre-Dame d’Aiguebelle near Réauville. In addition, there were thousands of white butterflies that flying between the flowers together with busy bees. We have never seen so many butterflies in the same place, it was a real show of nature! 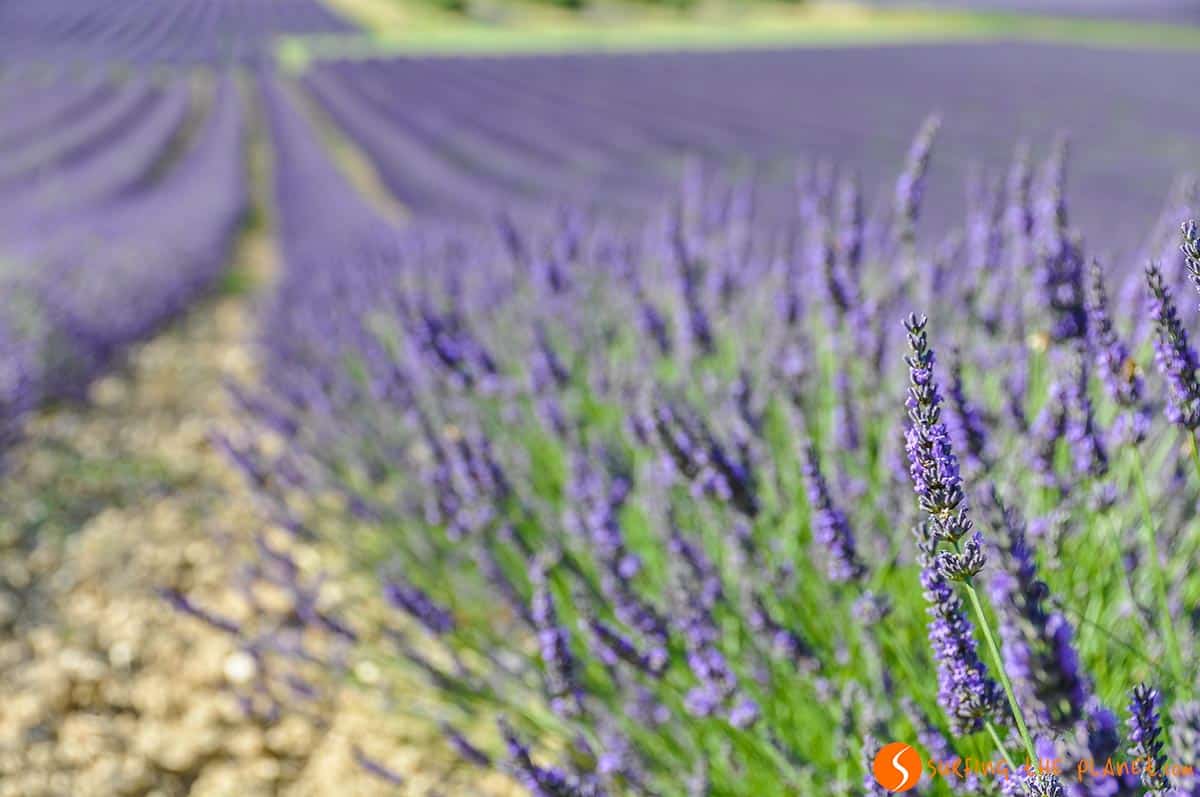 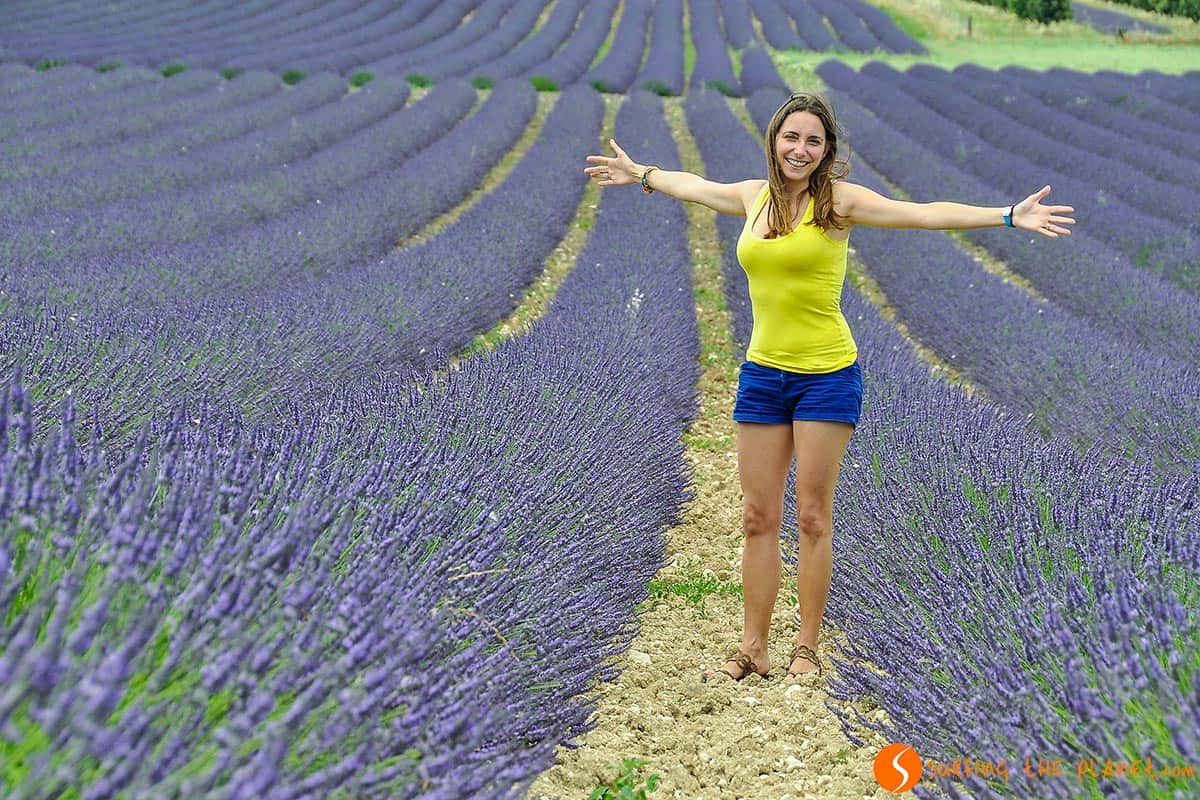 NEED MORE INFORMATION TO PLAN YOUR TRIP IN SOUTHERN FRANCE? THESE ARE SOME OF THE POSTS YOU COULD CHECK OUT:
COLLIURE, one of the most beautiful villages in Southern France
Lovely villages around PERPIGNAN
14 places you must visit in the PROVENCE

The last day we did everything even more slowly than usual, we had a long breakfast before saying goodbye to Gisèle and then we went back to have a look again at the lavender fields close to our accommodation. Happy and satisfied, we started our route back to Barcelona in our nice Volkswagen Golf, courtesy of Sixt España. Our car was really now, consumed little fuel and was very easy to drive. 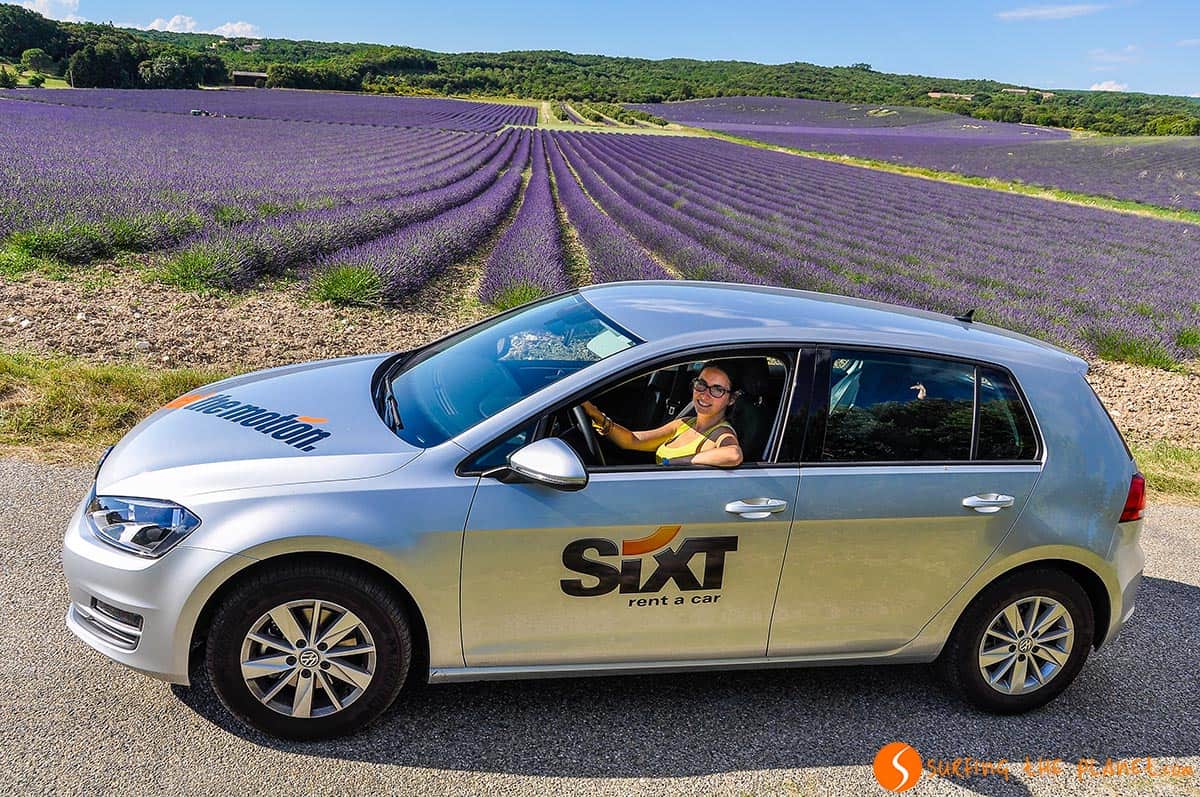 We hope that you will find this post useful to plan your visit to the lavender fields in Provence, if you travel there one year in the blooming season. It’s definitely a unique and unforgettable experience.

When to travel to Provence to do the Lavender Routes

The blooming season of the lavender is between mid-June and mid-August. In each zone the fields bloom in a slightly different time (depending mostly on the altitude). Check out the map in this post to see the fields that are blooming at the time you travel to Provence.

Where to sleep the Provence

There are many hotels in the area, but we would recommend you to stay in houses on the countryside that French call “chambre d’hôtes”. There are many of them, but our favorite in the area is the Souste de Jean in Noves.

Book the perfect hotel in the Provence Region! Stay in a cozy hotel close to the lavender fields!

Provence is much more than the lavender fields, of course. Check out how many great things you can do in Provence in winter, when there’s no lavender around.

– WOW… Book here YOUR ENTRANCE TICKETS AND SKIP THE LINE