We visited several beautiful tropical islands during our round the world trip, and the one we found almost impossible to leave was Perhentian in Malaysia. We stayed there two weeks, and would have stayed even more! The Perhentian Islands (situated in the Northeast corner of the Peninsular Malaysia) consist of two islands: Besar (big) and Kecil (small). The first is more for the local package tourism, whereas the second is more suited for backpackers. A beautiful island that has everything to offer, an island that has a calm side with beaches where you can be alone, but at the same there are beaches where you can meet people, have a nice dinner and even party if you want to.

As we arrived even before high season, we could get a cheap bungalow just next to the beach. There are two main beaches on the island, Long Bay and Coral Bay, we stayed in the second one, which has a more relaxed vibe. 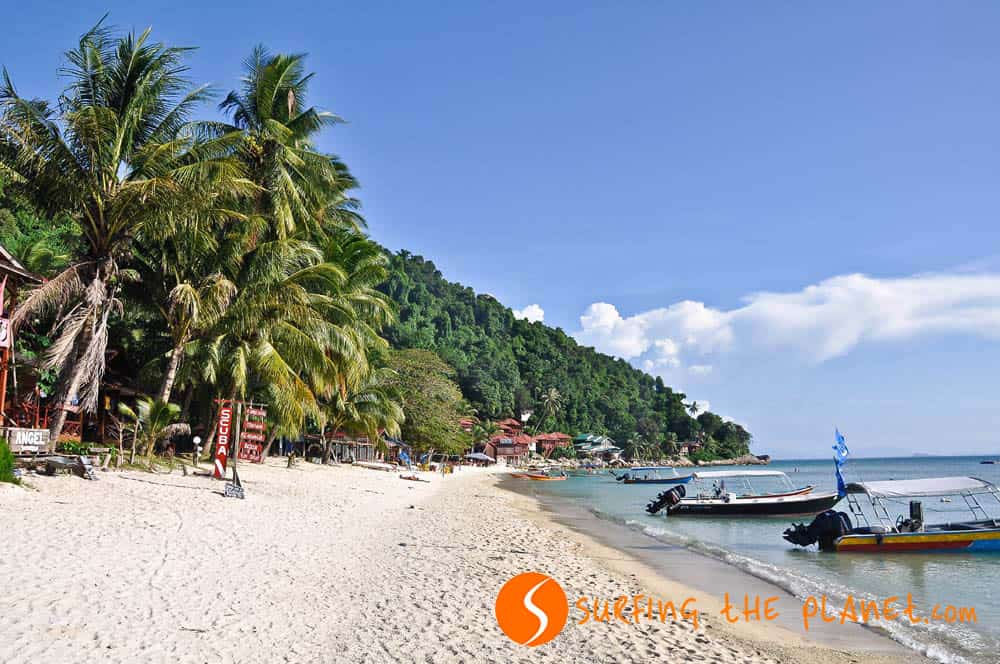 We had a terrace, where we spent hours relaxing and just staring at the sea, drinking our favorite mango lassi prepared in the restaurant next door. 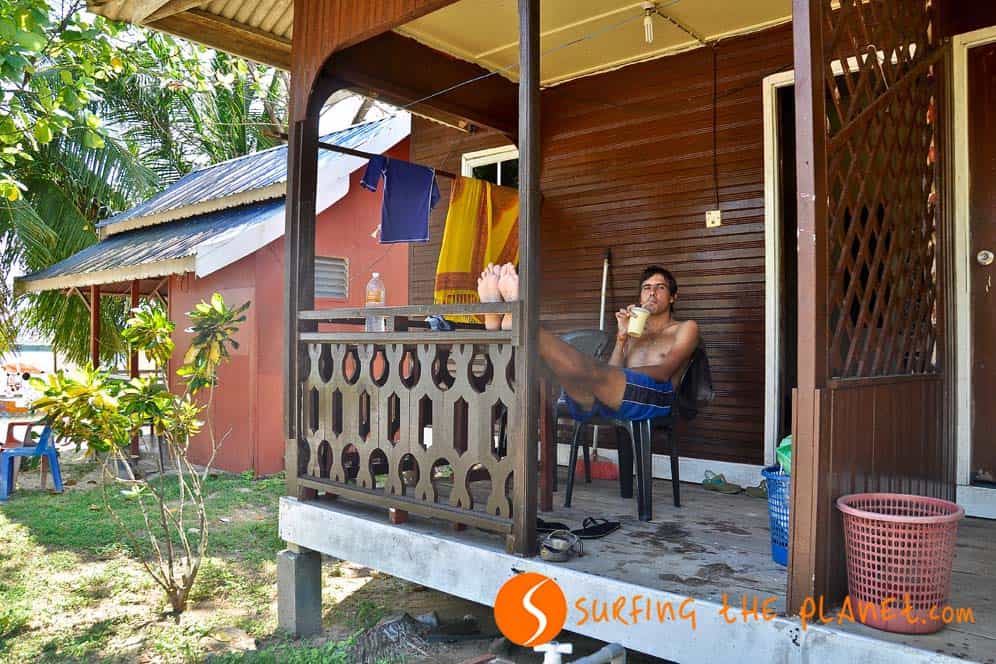 Many times we went to see the sunset that was wonderful from our beach. 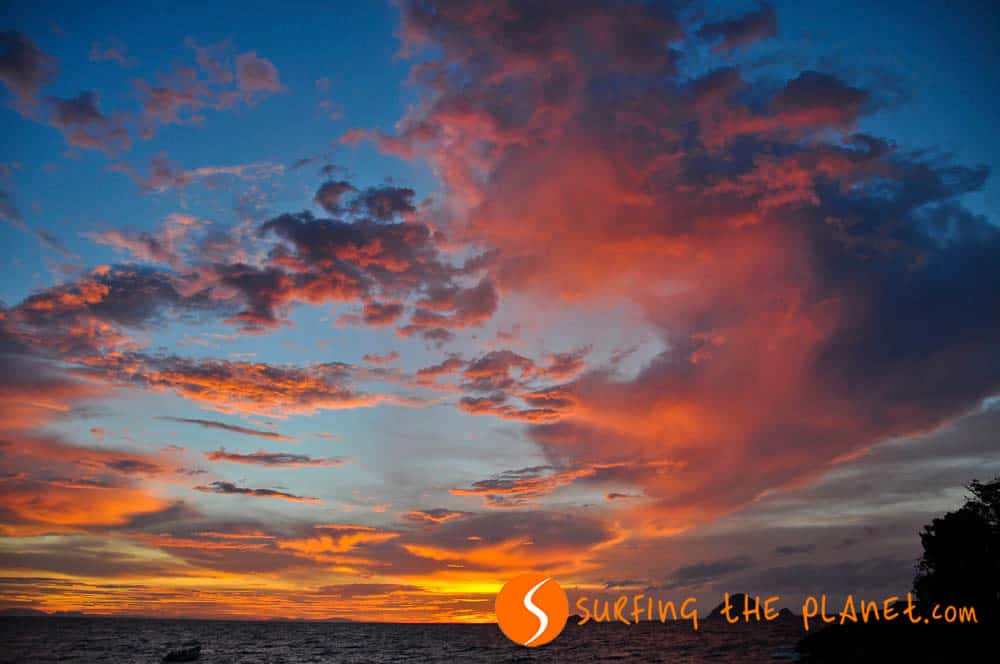 One day we went on a snorkeling excursion, and it was simply awesome. In the first stop we saw several reef sharks from really close distance. We had seen them before in other places, but here we met 6 of them and had time to check them out calmly. You might ask how we were calm and not frightened of them. We weren’t afraid as we had always been told that they are harmless, but still we were watching them with lots of respect.

We visited the Coral Garden, where the reef was precious, and we saw a bluespotted stingray amongst other colorful fish. 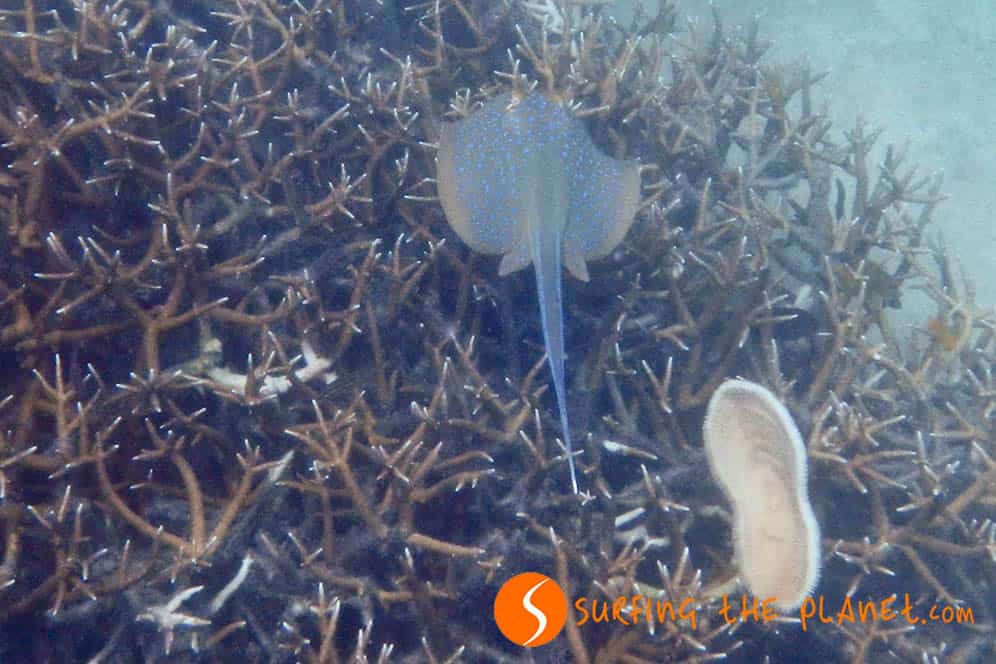 Turtle Bay is where the marine turtles stay around the island, and we saw some really huge ones. We swam with one of them together for a while, and enjoyed the company of this gentle animal. We had a stop in the fishing village for lunch, and after that we stopped in two more places: the lighthouse, where there was a nice reef, too and in a small beach, where we saw some baby sharks. 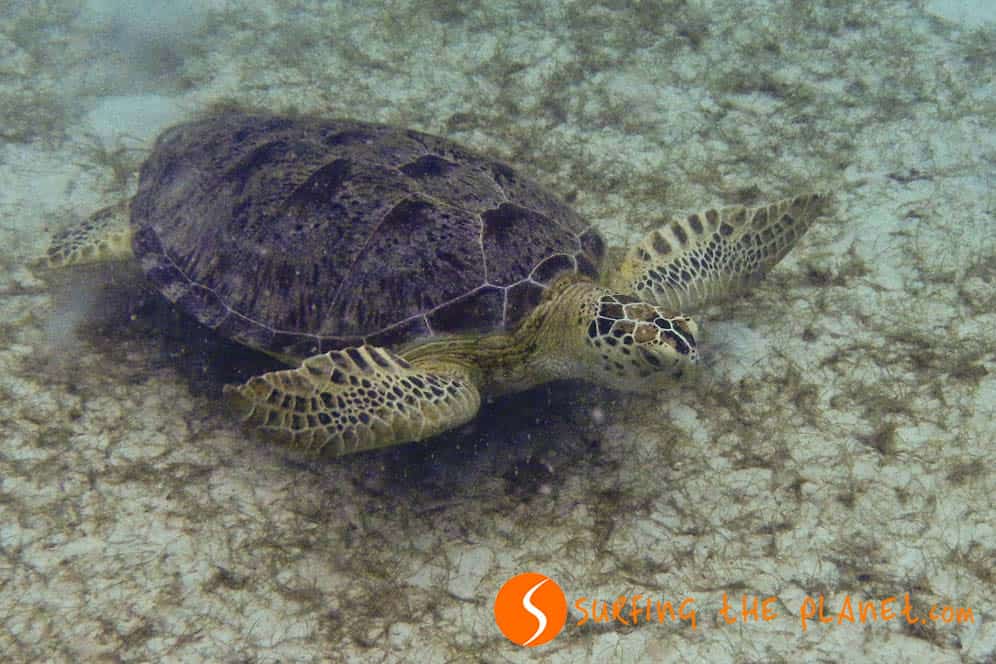 Among many cool things on the island, one of our favorites was the fish barbecue we had almost every night. Every evening the restaurants on the beach offered fish barbecue prepared from the fish they caught the same day. For less than $5 they gave us a large piece of the fish we chose with rice, potatoes, salad, fruit, cake and a welcome drink, all included. 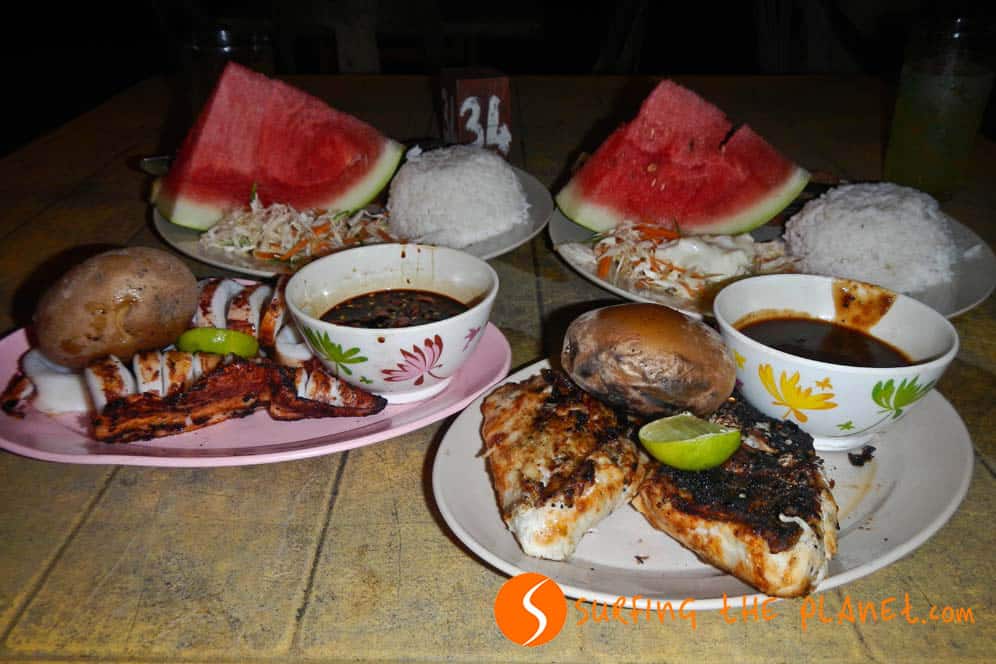 All this on the beach, maybe a couple of meters from the sea, absolutely amazing! The squid and the barracuda were our top choices during these days. The place was perfect for celebrating Rachele’s birthday! 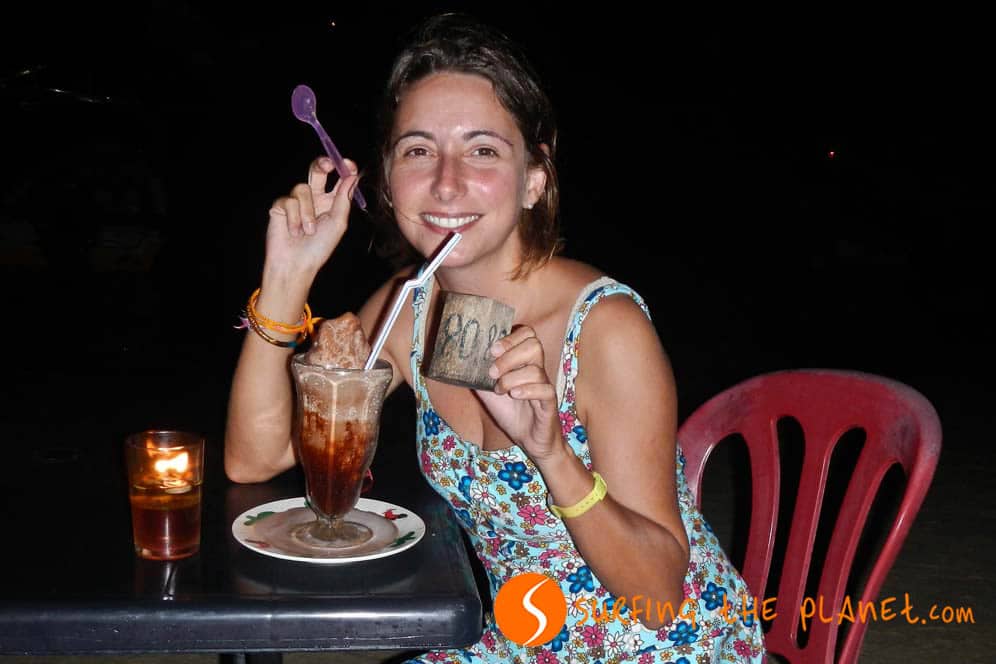 Now, you would definitely ask us: and what about the beaches? When you go to a tropical island, this is what matters the most, isn’t it? We can tell you that in Perhentian Kecil there are several fascinating beaches to be found. You can check all of them out in our post with the best beaches in Perhentian.
Do you want more information about the island? Here’s a great backpacker’s guide to Perhetian.

– ZZZ… BOOK YOUR HOTEL IN MALAYSIA – find the best hotel for you.

– BRUM BRUM… RENT A CHEAP CAR FOR YOUR TRIP IN MALAYSIA – find the best car for you.