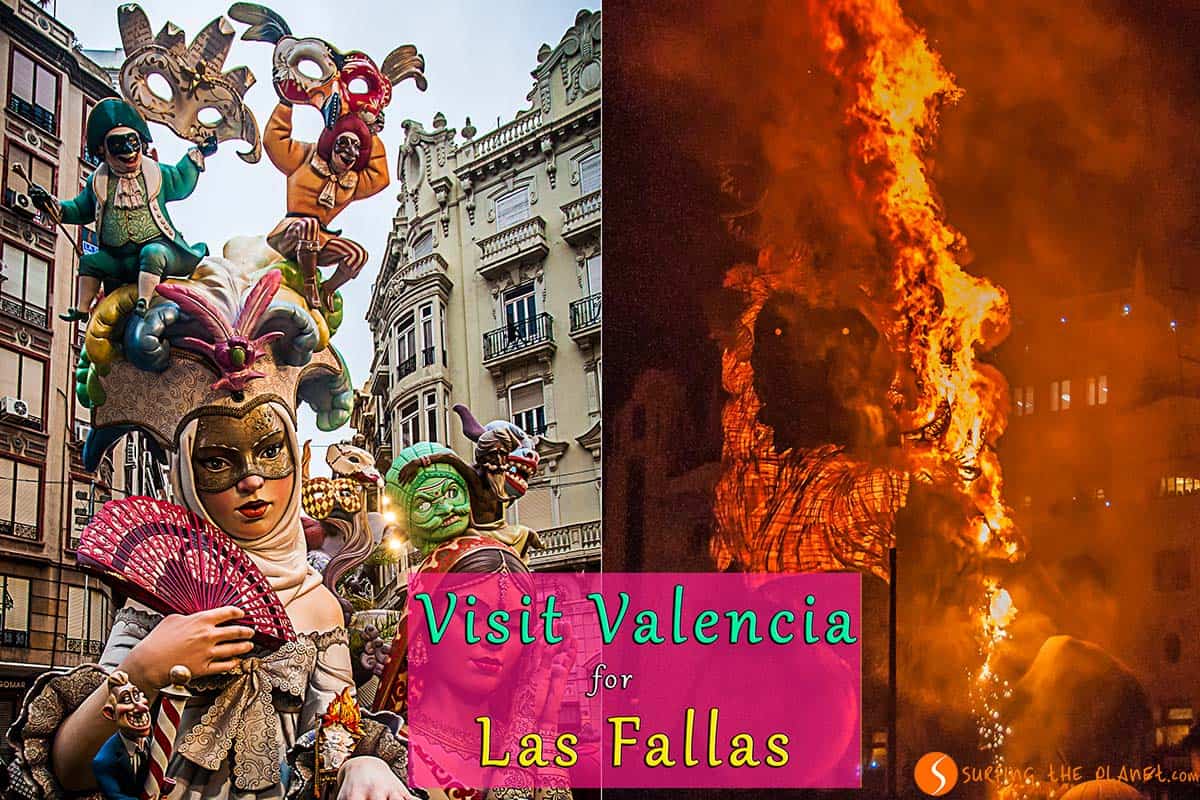 For the people of Valencia, the days between 15th and 19th March are unarguably the most important ones of the whole calendar. During these days, local people celebrate the Las Fallas Festival in Valencia in order to welcome Spring and honor the city’s patron Saint Joseph.

These days, Valencia is an endless sequence of events, celebrations and parties, and if you think to visit Valencia, the Las Fallas Festival is the perfect week. For these days the city gets decorated with giant sculptures called “fallas” which represent famous characters from real life, like politics and also from fantasy like fairy tales. The figures that are in the fallas are called “ninots”. Each falla has its own significance, and every year they construct around 400 in the whole Valencian Community. During the Fallas Festival in Valencia you see one on almost every corner of the city, and these fallas always come in two, there’s a smaller one for the children called falla infantil, and a bigger one for the adults. 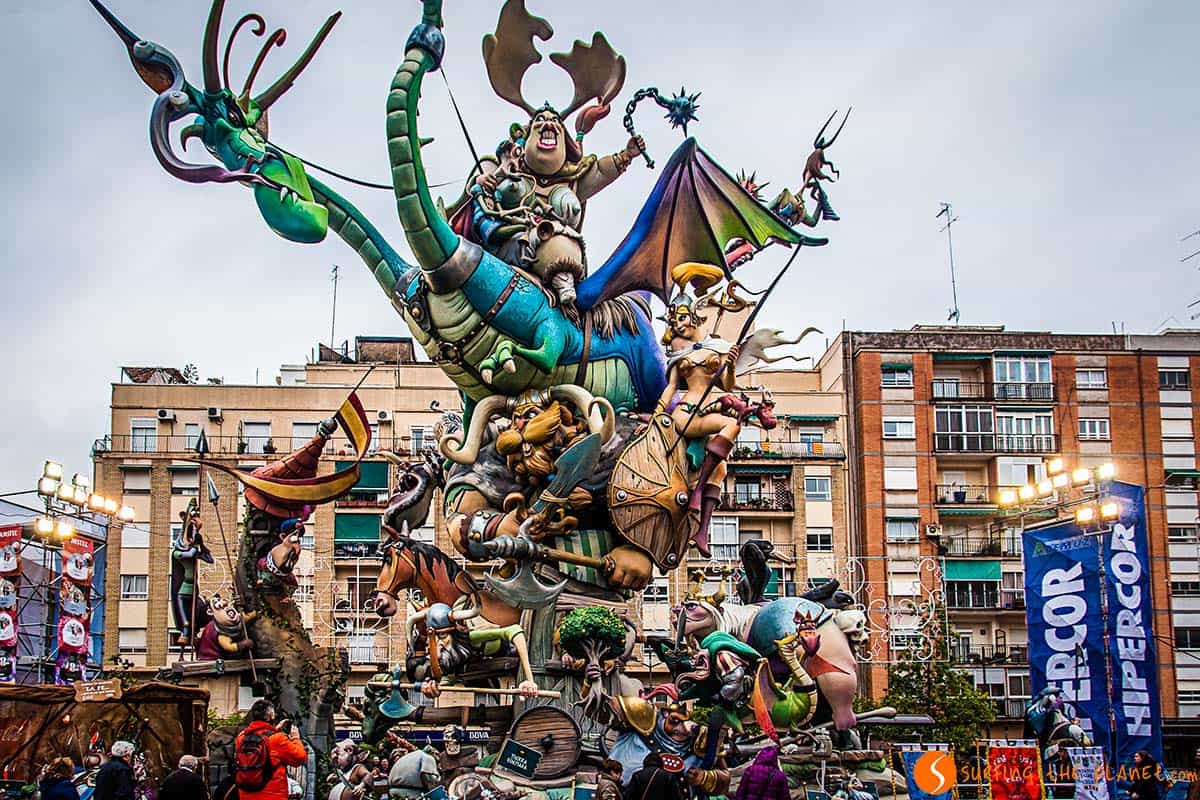 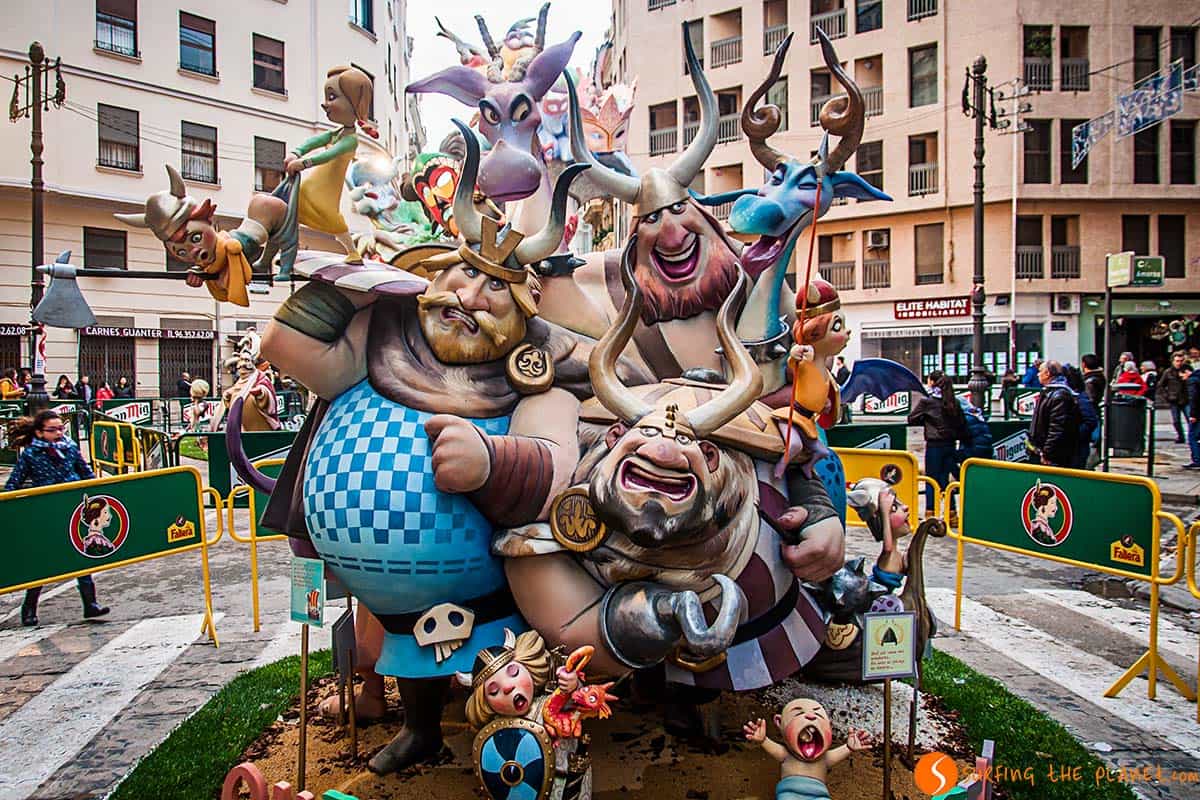 Every day between 12.00 PM and 2 PM they do the “mascletà”, that is,  in each falla they explode a lot of firecrackers that make a tremendous noise. The buildings are really shaking and this really strong sensation raises the adrenaline level in all the participants. 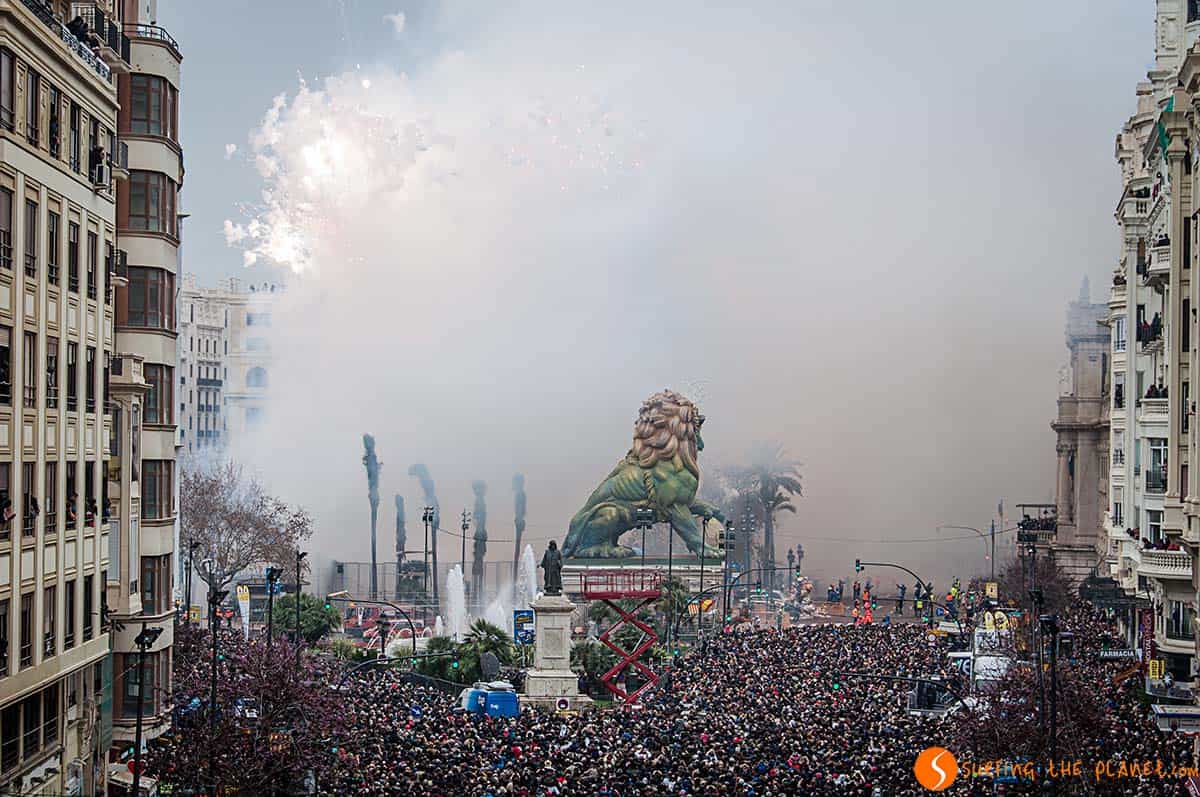 17th March is the day of the “Madonna la Virgen de los Desamparados”, and this day the members of each of these falla groups bring flowers to the wooden sculpture of Virgin Mary that is found in the square named after her, la plaza de la Virgen. 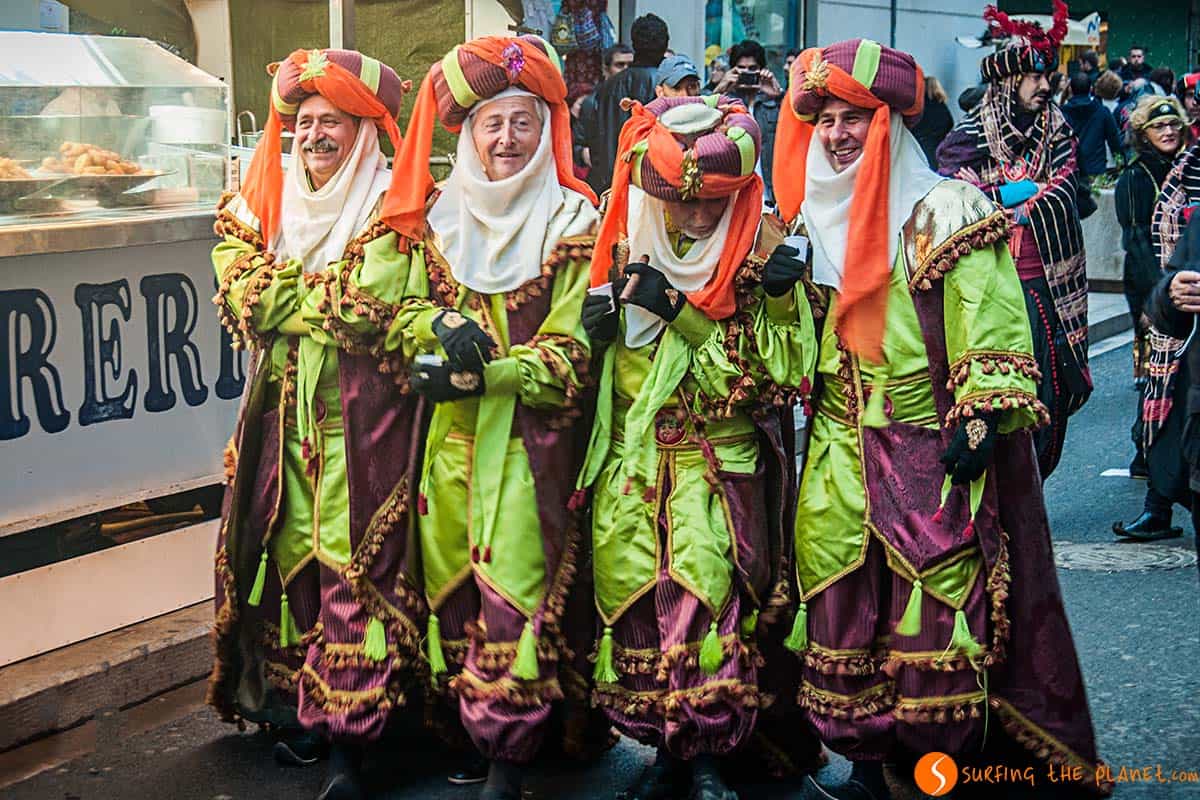 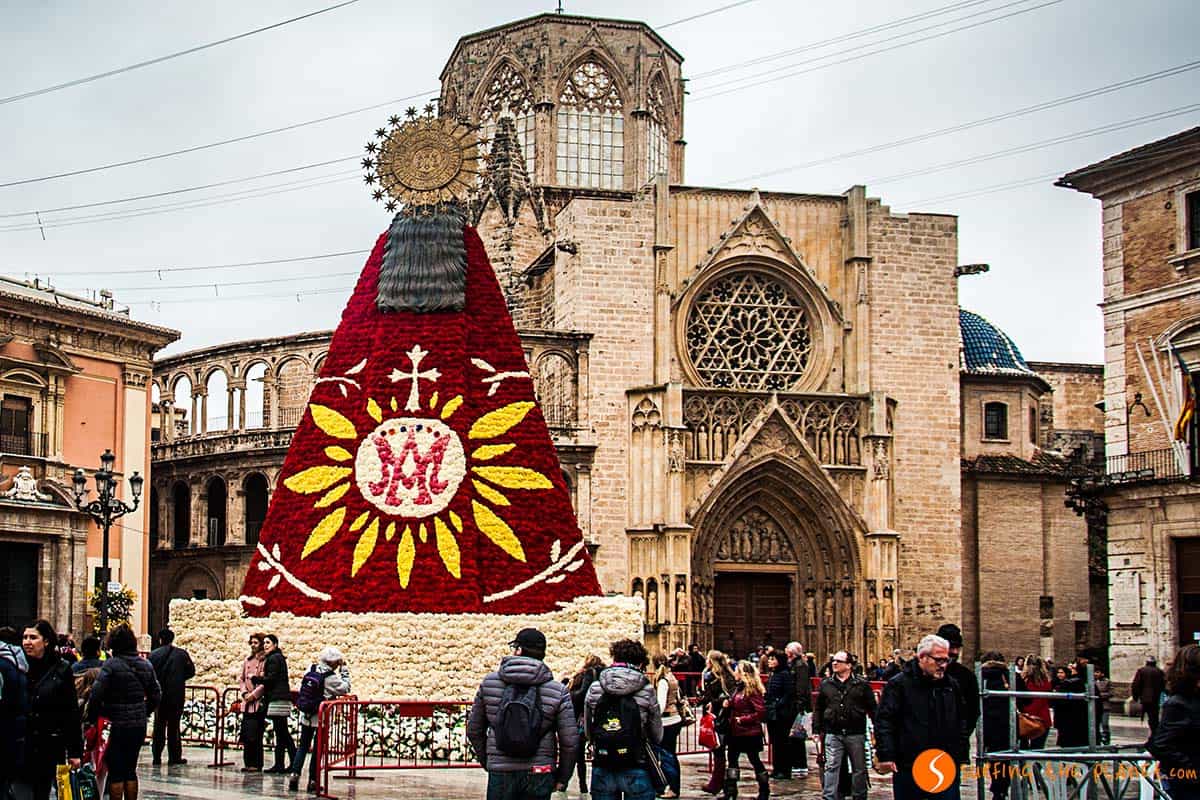 The night of 19th March is the most beautiful and also the saddest moment of the festivities. The city gets filled with smoke and the smell of burning, since at night they hold the “cremà” during which they burn these beautiful sculptures. At 10 PM they start with the fallas of the children, later, around midnight they burn the large ones, and  they leave the main falla situated in the square of the town hall for last, which gets burnt at 1 AM. 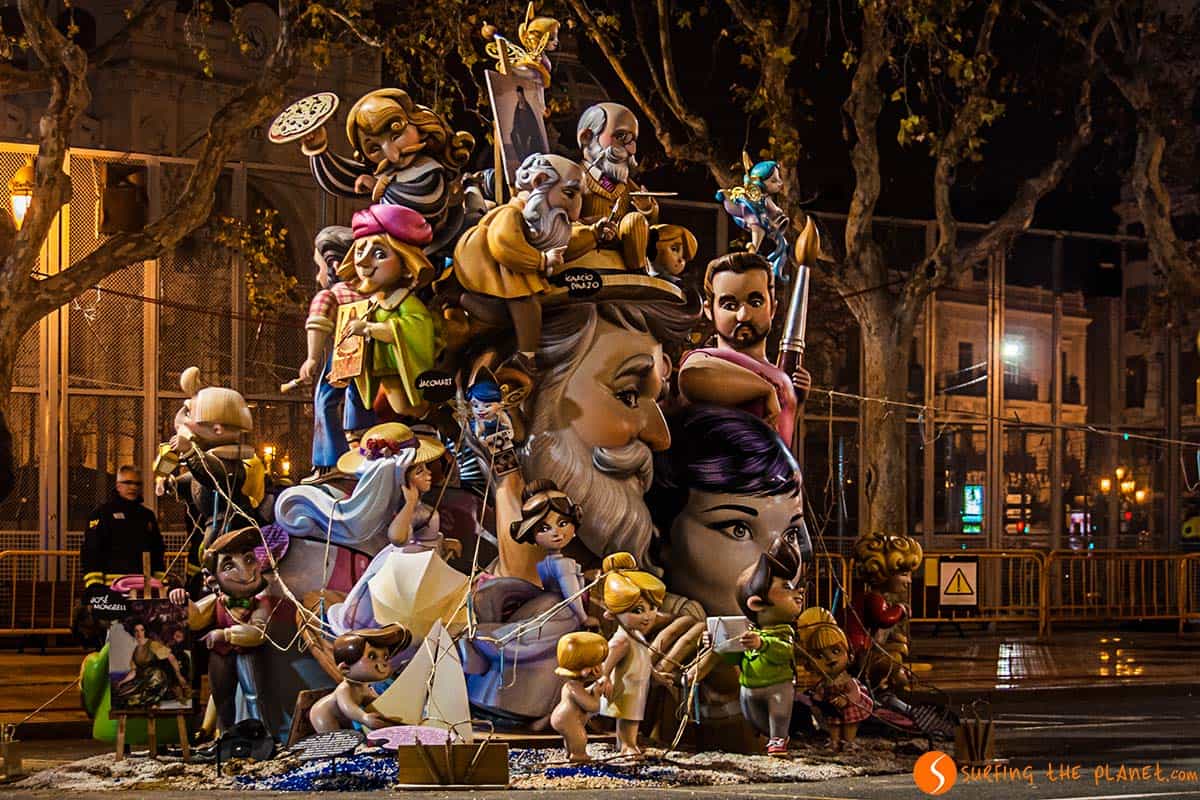 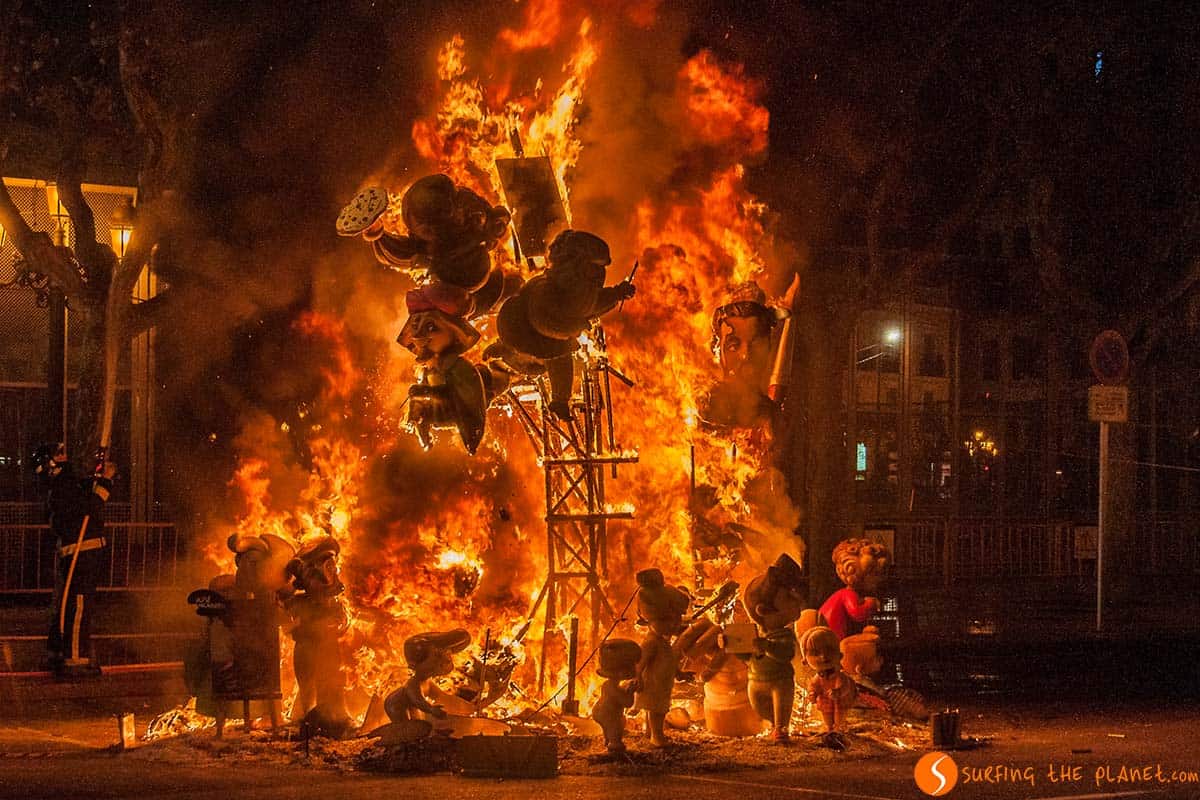 The moment of the “cremà” is a very special and emotional moment. When the children’s fallas are burnt, the little girls (called falleras)  dressed in traditional clothes start crying, because the festivities are finished. These falleras are picked in a quite tough selection, and then they spend quite a lot of time together before the fallas and make good friendships between each other, so the burning represents the end of this era for them, which makes them especially sad. 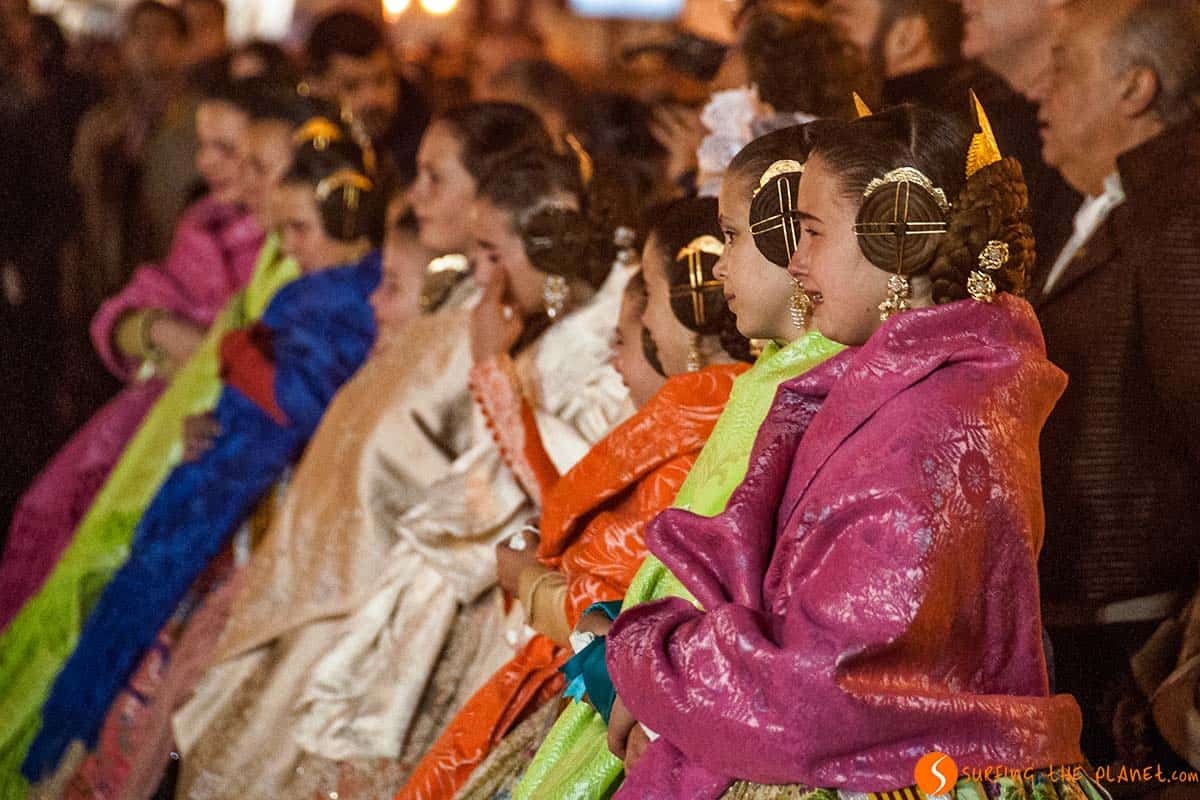 Attending the “cremà” during the Las Fallas Festival in Valencia is something you will never forget. You hear the loud noise of firecrackers, and then these giant statues start burning. The most emotive moment is when the top part of the sculptures falls down into the fire. Hundreds of firemen work during these events to avoid that buildings or trees around get burnt. 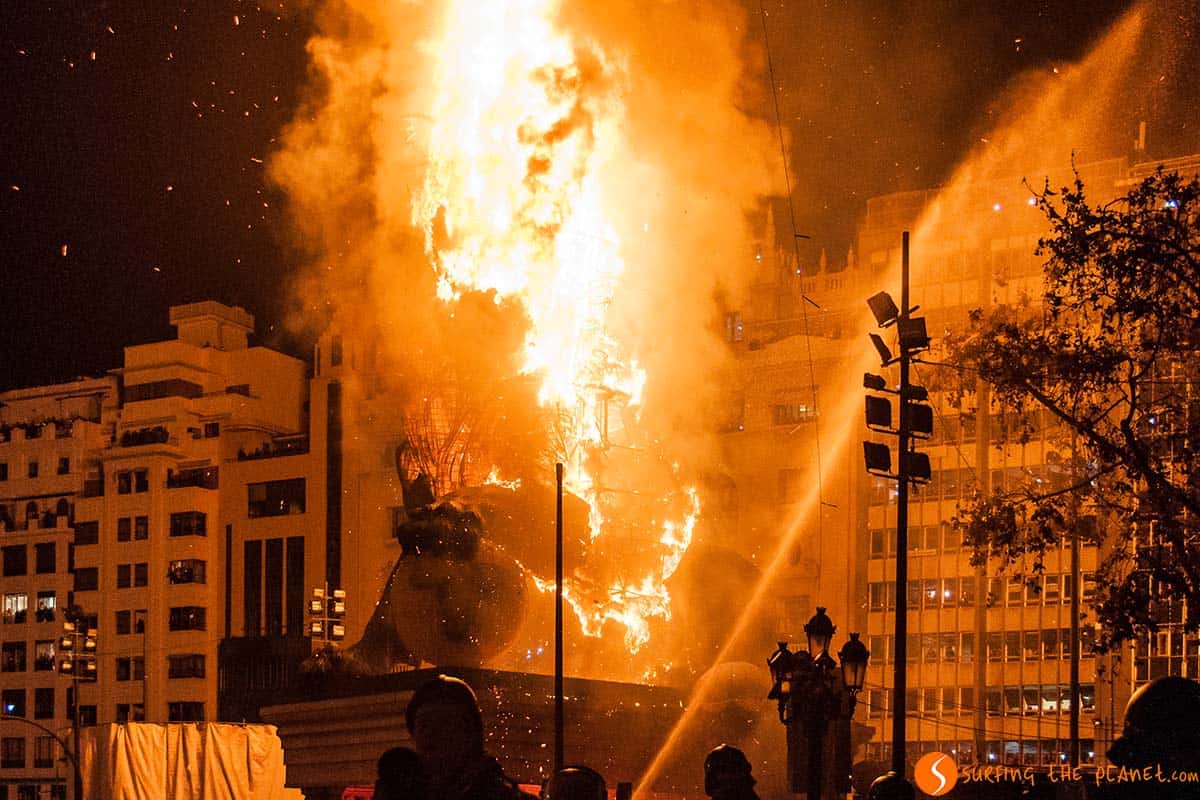 To visit Valencia during the Las Fallas Festival is probably the best moment of the year. If you visit Valencia these days, you will have a trip full of emotions and traditions, we can just recommend you to travel there then next year!

We were lucky to assist the Fallas Festival in Valencia being very close to the action thanks to Visit Valencia, and in their webpage you can get all the information you want about the city of Valencia.

The following photos speak for themselves… 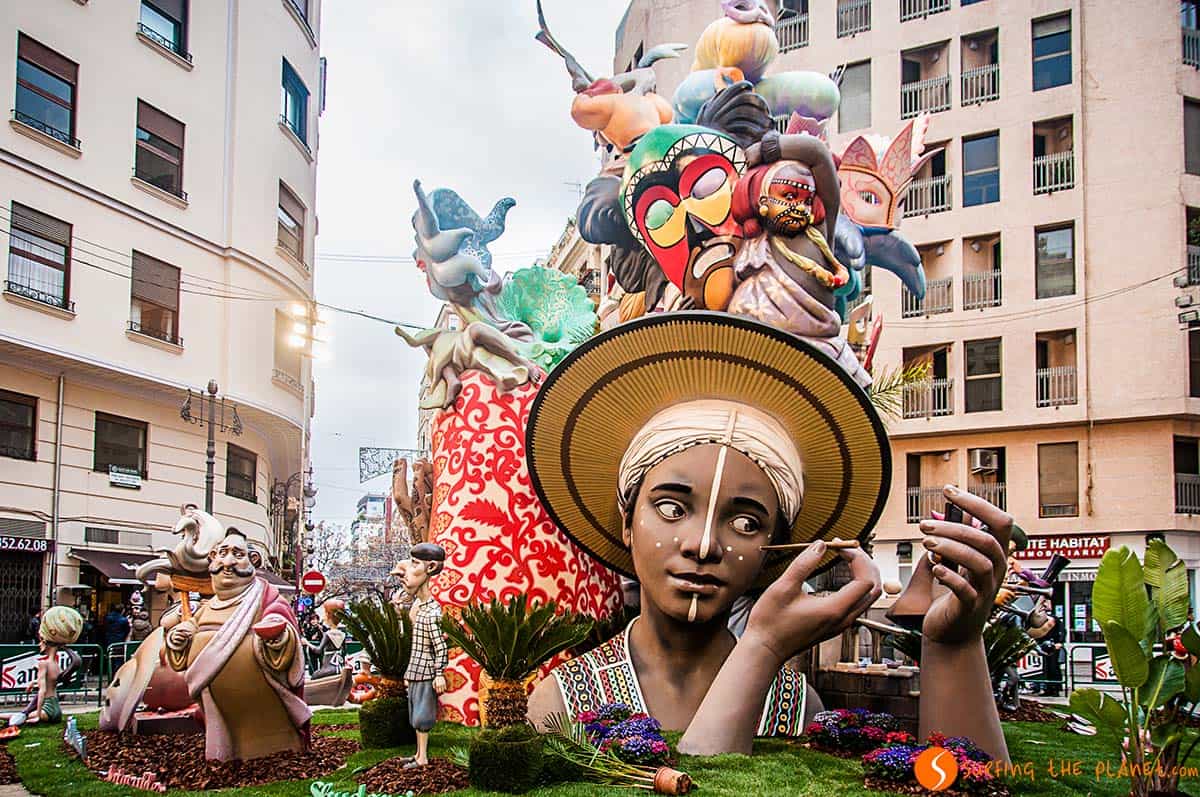 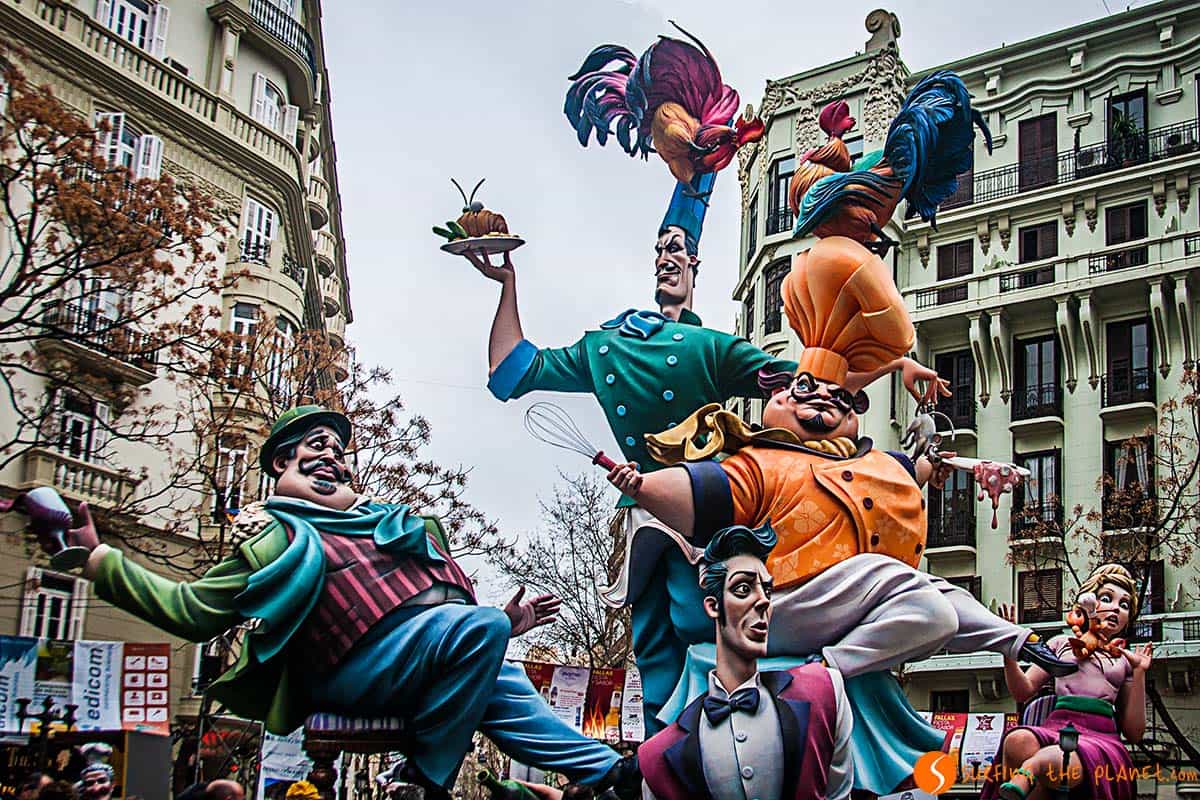 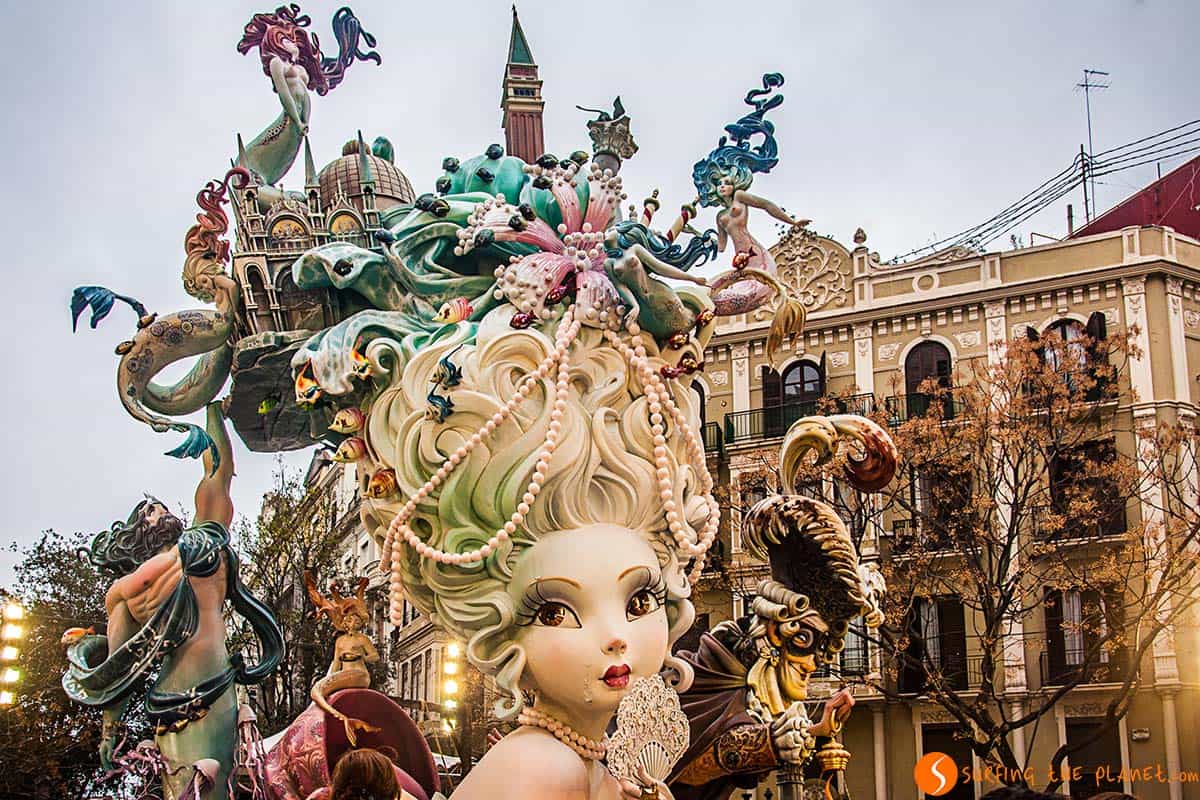 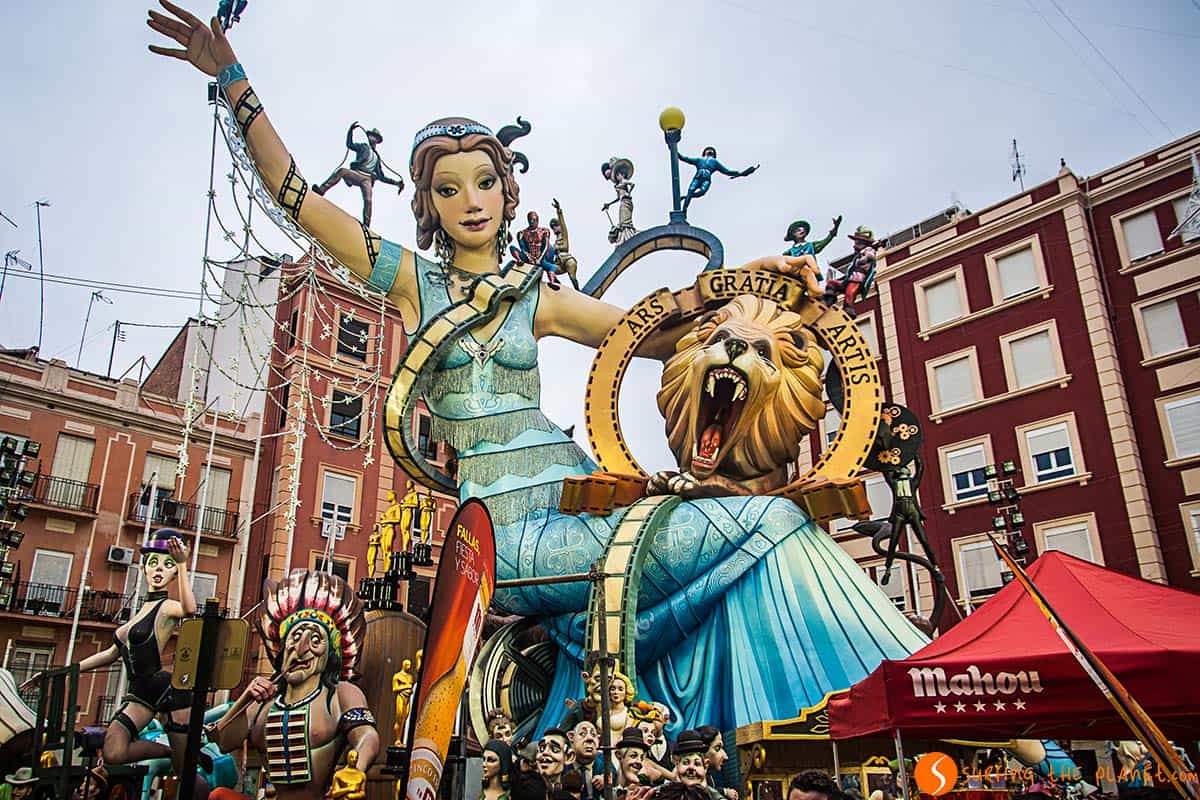 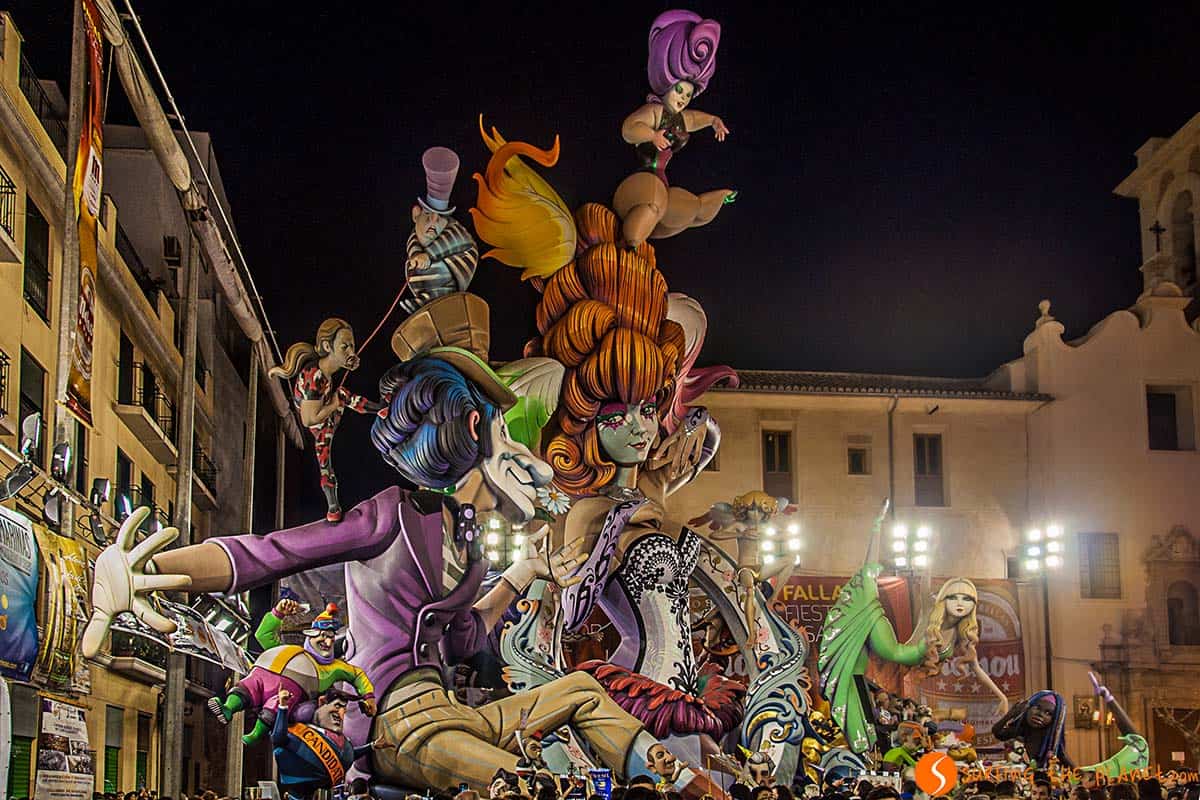 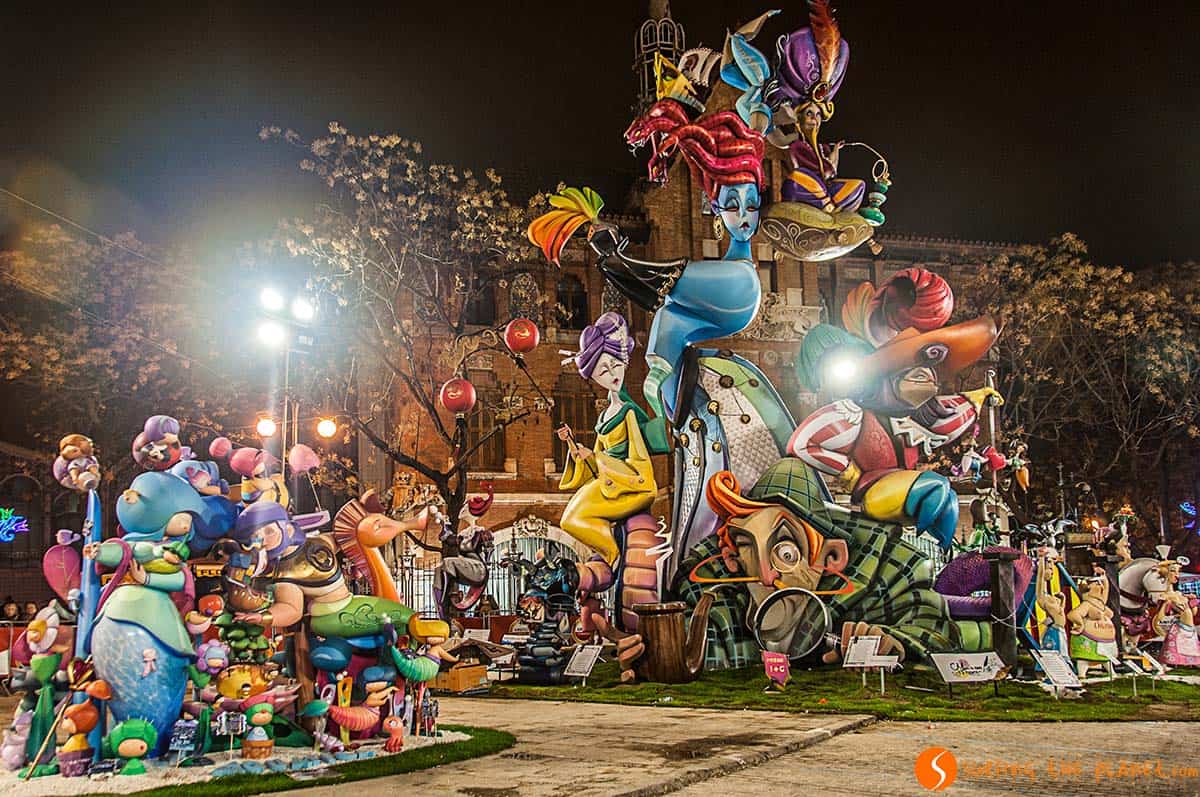 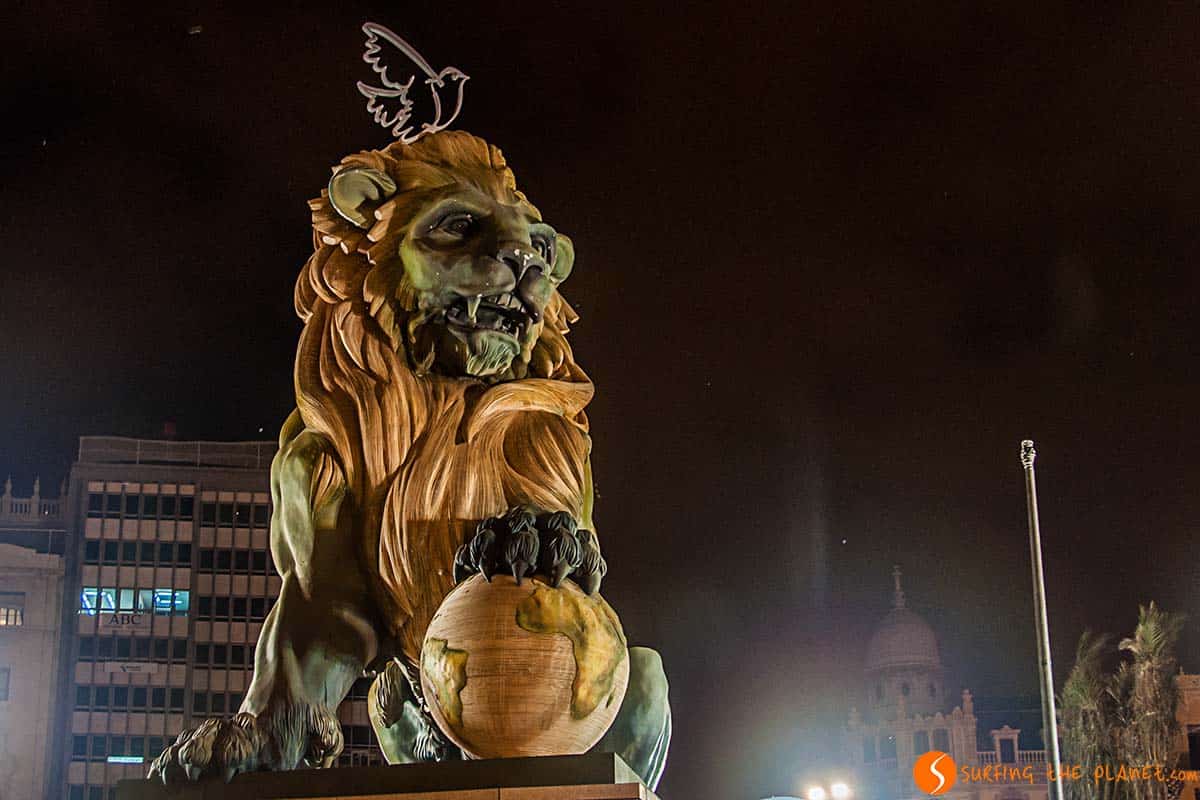 If you want to know more about visit Valencia in 3 days and where to eat the best Paella in Valencia you cannot miss the next posts!

– ZZZ… BOOK YOUR HOTEL IN VALENCIA – find the best hotel for you.

– BRUM BRUM… RENT A CHEAP CAR FOR YOUR TRIP TO VALENCIA – find the best car for you. 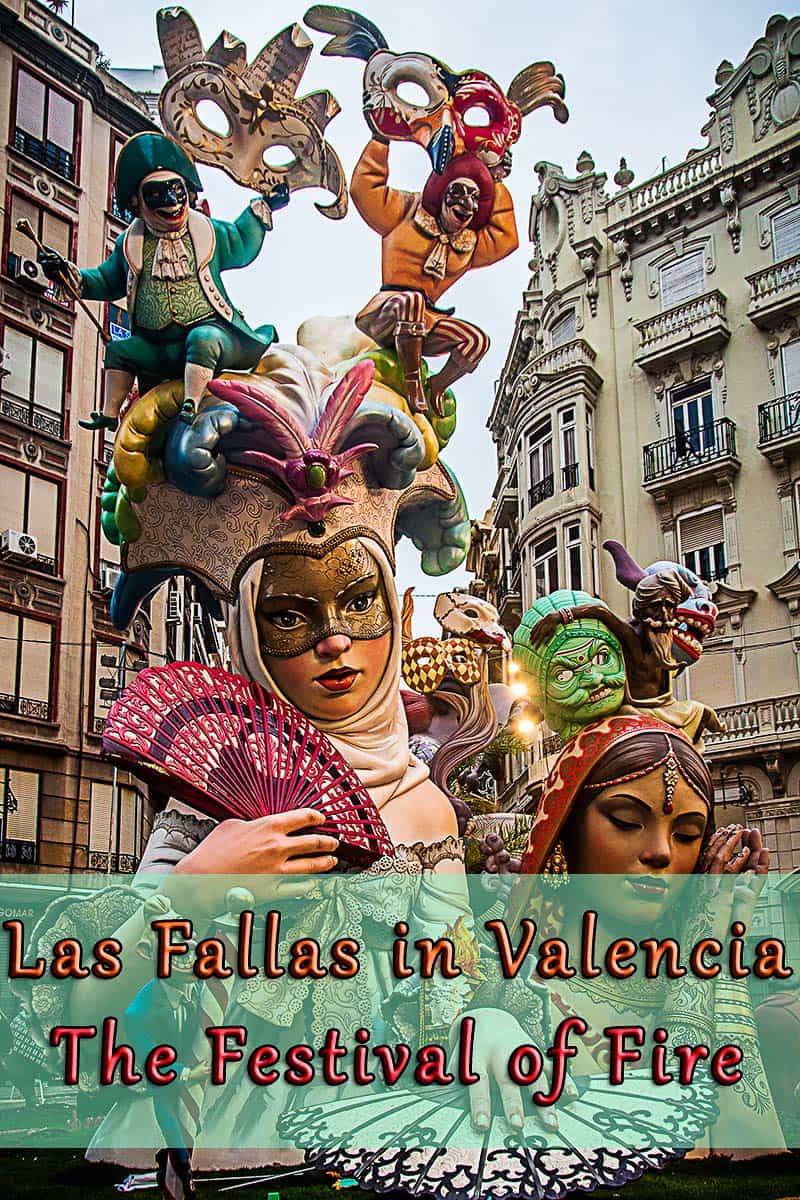